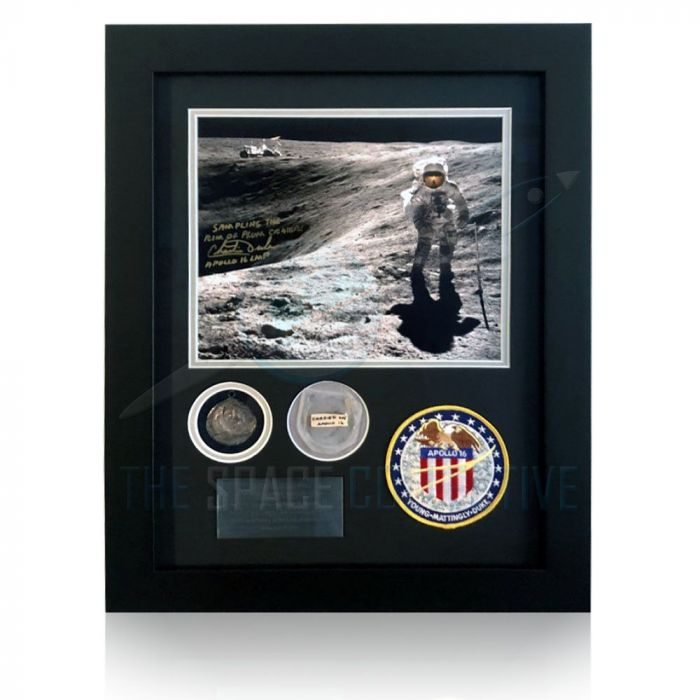 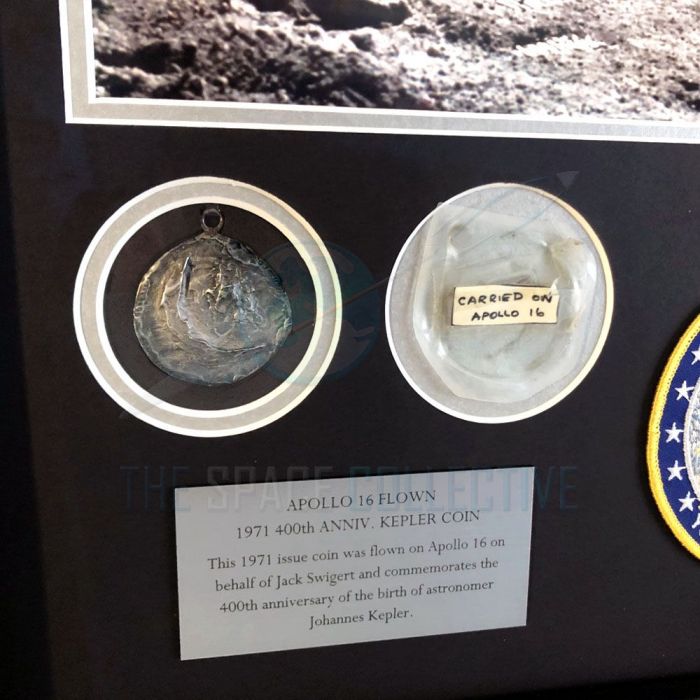 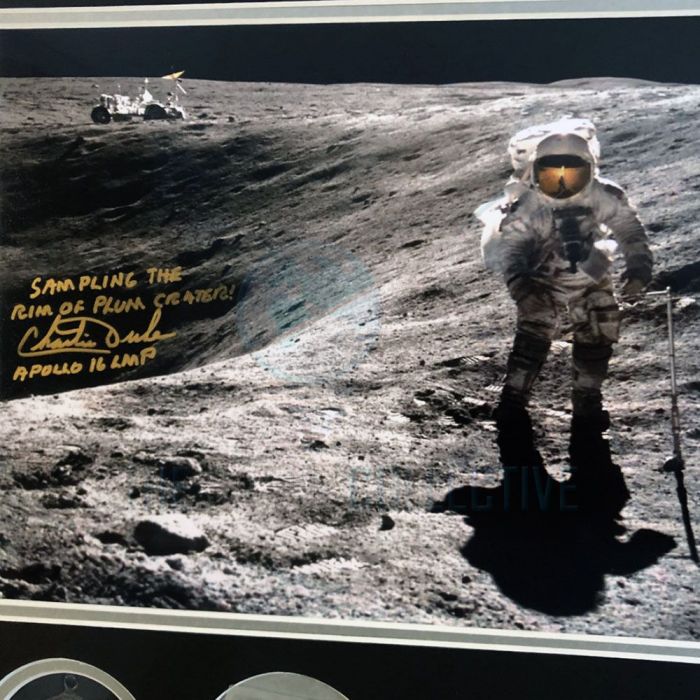 This 1971 issue coin was flown on Apollo 16 on behalf of Jack Swigert and commemorates the 400th anniversary of the birth of astronomer Johannes Kepler. Includes an inscribed mission photograph signed by Lunar Module Pilot Charlie Duke.

This presentation contains a genuine 1.5" 1971 400th anniversary of the birth of astronomer Johannes Kepler coin as well as a mission photograph signed by Lunar Module Pilot Charlie Duke. The inscription on the photograph reads "Sampling the rim of Plum Crater! Charlie Duke, Apollo 16 LMP". The coin exhibits an irregular surface and rim and includes the original bag which housed the coin with a handwritten note which reads "Carried on Apollo 16" with a further label beneath which reads "Swigert". The coin is visible from both sides of the frame as the rear side is also glass.

Having spoken to Lunar Module Pilot Charlie Duke about the coin, he explained that the coin was most likely flown by Ken Mattingly as a thank you for the events of Apollo 13.

Artglass AR99™ has a reflection rating of ~1%, transmission ~97%, UV-protection ~99% and thickness of 2.5mm, making it the perfect choice for museums and museum-grade pieces as it allows for maximum protection while simultaneously allowing a crystal clear, unobstructed view of the artwork.

The Apollo 16 flown coin came from the collection of Jeaneen Spinelli, astronaut Jack Swigert's niece. Also includes a letter of authenticity from Spinelli.