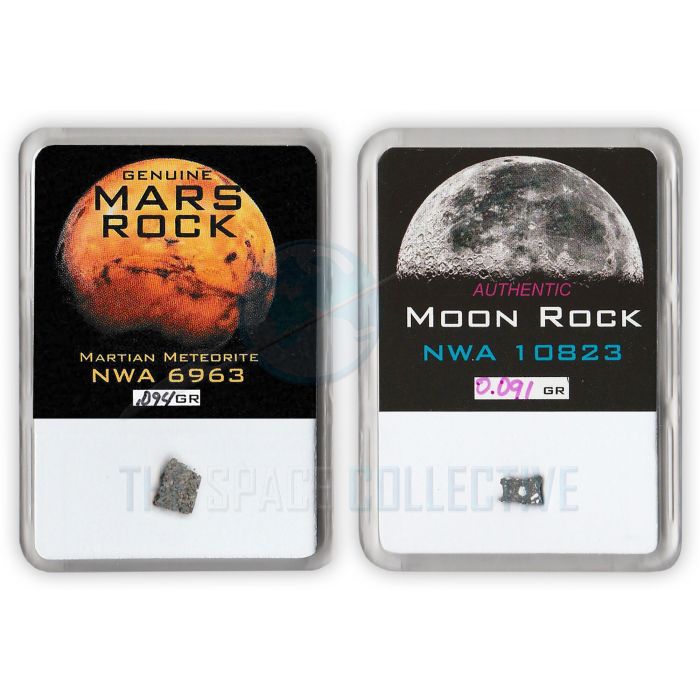 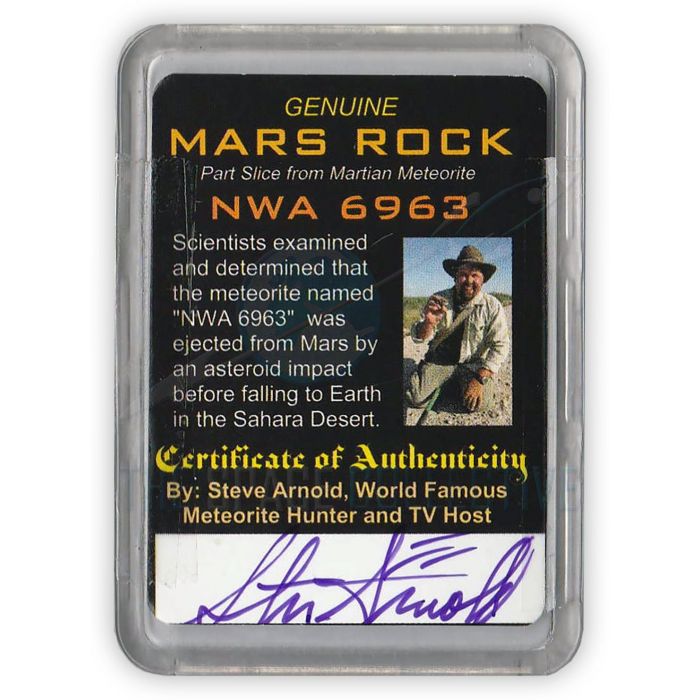 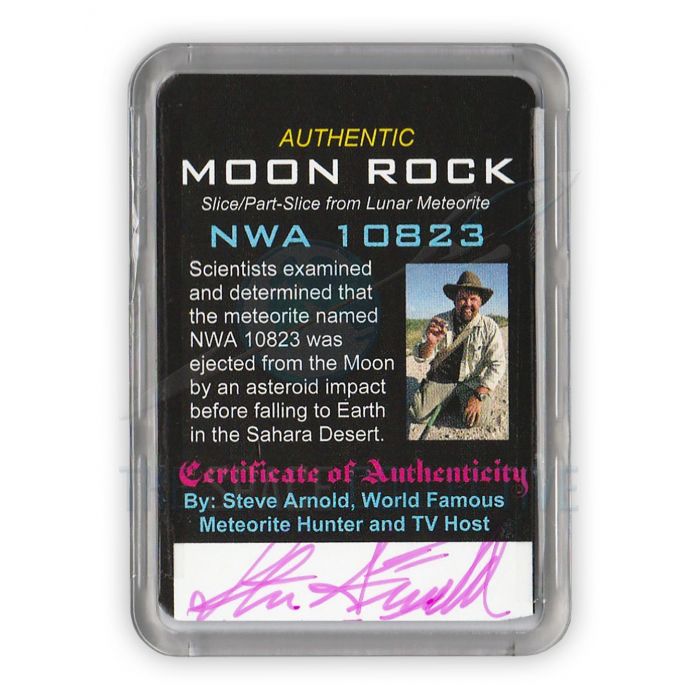 Genuine 60-100mg slices of Moon and Mars meteorites, each encased and certified in an acrylic display slab.

Be one of the few people on Earth to own genuine pieces of the Moon and Planet Mars! Lunar and Martian meteorites are amongst the rarest and most visually striking of all meteorites, they comprise of less than 1% of all meteorites found on Earth. This makes them incredibly rare and sought after by collectors. And you can own one of each!

Authentication Information: The lunar and mars meteorites contained within this display has been independently and scientifically analysed by a respected authority and compared against known lunar and martian samples collected by Apollo astronauts and the various Mars Rovers to guarantee their authenticity. Each piece comes with an individual serial number which can be searched for on the International Society for Meteoritics and Planetary Science website where a complete analysis and composition breakdown is also publicly available.