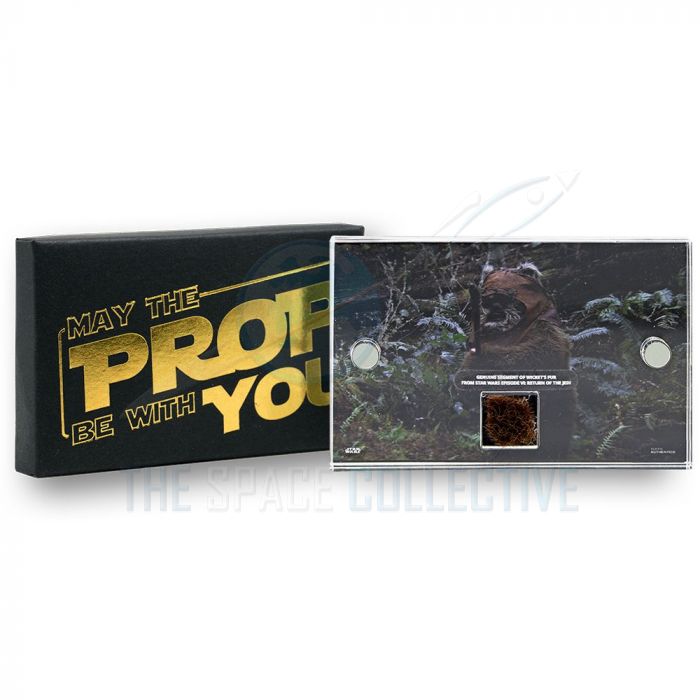 A genuine segment of Wicket's Ewok fur from Star Wars: Episode VI - Return of the Jedi (1983), encased in a removable acrylic block.

A genuine swatch of Wicket's Ewok fur used in the production of Star Wars: Episode VI - Return of the Jedi (1983). This genuine segment of Ewok fur was an off-cut from the original Wicket Ewok costume. Wicket, along with his fellow Ewoks of the Bright Tree Tribe, lived on the Forest Moon of Endor. Wicket was the Ewok who found and eventually trusted Princess Leia after she gave him her helmet and a snack. Wicket, along with the rest of his tribe, were instrumental in the victory at the Battle of Endor which led to the destruction of the Death Star. Wicket was played by legendary actor Warwick Davies.