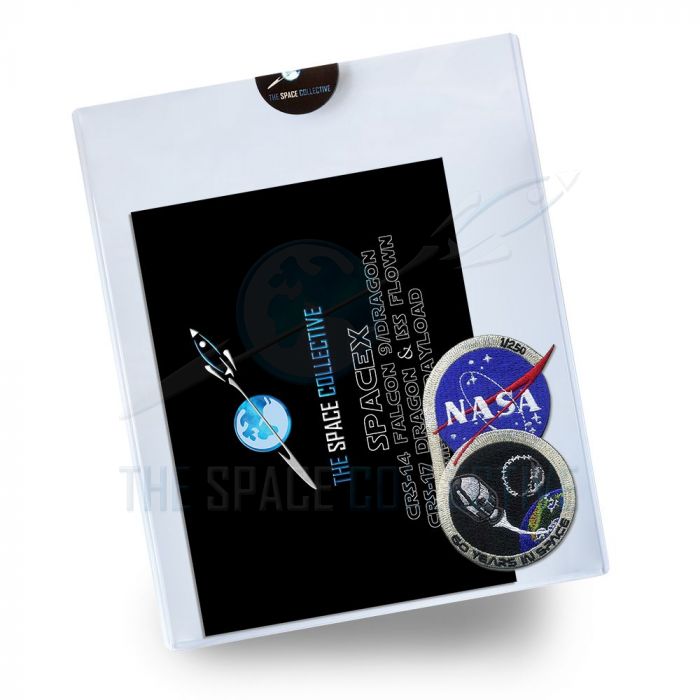 This incredible NASA 60th Anniversary Patch was launched aboard the SpaceX Falcon 9 CRS-14 mission to the International Space Station on 2nd April 2018, where they orbited for 14 months before returning to Earth in May 2019.

This NASA patch was launched into space aboard the SpaceX CRS-14 spacecraft on 2nd April 2018 at 20:30:38 UTC, where the spacecraft then berthed with the International Space Station a few days later.

This space-flown patch comes from our private collection. We arranged for a payload of pins and patches to be sent up to the International Space Station aboard the SpaceX CRS-14 spacecraft on 2nd April 2018. The payload was attached to the exterior of the ISS and orbited for over 14 months and 176,292,853 miles before returning to Earth via a SpaceX Dragon capsule on 3rd June 2019. This patch was contained within this payload.