The Solar Dynamics Observatory (SDO) NASA mission was developed to observe the Sun and enhance our understanding of our Solar System's star. It was launched on February 11, 2010, as part of NASA's Living With a Star (LWS) program. The program aims to understand and effectively address aspects of the connected Sun-Earth system that directly affect life and society. The purpose of the Solar Dynamics Observatory is to understand the influence of the Sun on the Earth and near-Earth space. This is achieved by studying the solar atmosphere over small scales of time and space and simultaneously in many wavelengths. The Solar Dynamics Observatory investigates how the Sun's magnetic field is structured and generated and how stored magnetic energy is converted and released into the heliosphere.

The Solar Dynamics Observatory is a three-axis stabilized spacecraft with two solar arrays, two high-gain antennas, and three scientific instruments; the Extreme Ultraviolet Variability Experiment (EVE), the Helioseismic and Magnetic Imager (HMI), and the Atmospheric Imaging Assembly (AIA). On February 11, 2010, SDO was launched from the Kennedy Space Center in Florida on an Atlas V-401 rocket. The spacecraft was placed into a circular geosynchronous orbit after launch, which allowed 24/7 communications with the fixed ground station and minimized solar eclipses to about an hour a day for only a few weeks a year. 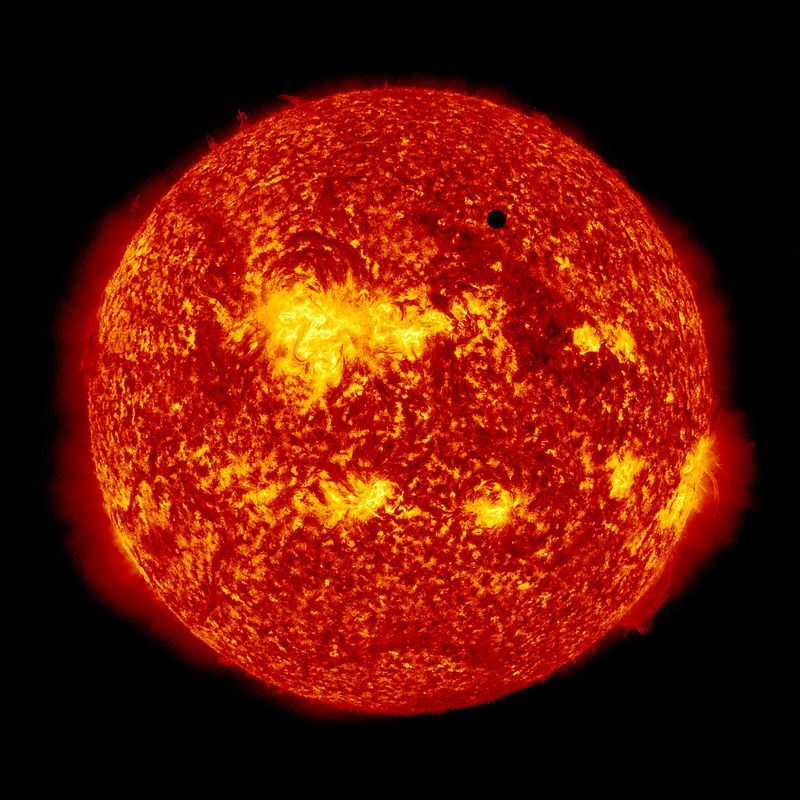 The Atmospheric Imaging Assembly (AIA) provides persistent full-disk observations of the solar corona and chromosphere in seven EUV channels, which span a temperature range from approximately 20,000 Kelvin to over 20 million Kelvin. The 12-second cadence of the image stream provides unprecedented views of the various phenomena that occur within the evolving solar outer atmosphere.

SDO has provided vital information to scientists' understanding of our closest star and has created a wealth of previously inaccessible data. The data collected by the craft is made available as soon as possible after it is received, and as of February 2020, SDO is expected to remain operational until 2030.