The first time a docking between two crewed spacecrafts occurred on January 16, 1969, when the Soyuz 4 and 5 spacecrafts joined. Connecting tunnels for docking had not yet been developed, which prevented an internal transfer between the two spacecrafts. A much more difficult crew transfer was in store for the Soyuz 4 and 5 mission, because they would have to spacewalk from one vehicle to the other, something that had never been done before.

The EVA objectives for the docking mission were similar to those planned for Apollo 9. Soyuz 4 launched first with commander Vladimir Shatalov as the pilot and was the active vehicle in the docking with Soyuz 5. Considering there was a mutual coupling of the ships and their electrical circuits were connected during the flight, this was the world's first experimental cosmic station. During the mission, they rehearsed elements of the Soviet piloted lunar mission plan.

Commander Boris Volynov was the pilot of Soyuz 5, which carried Aleksei Yeliseyev and Yevgeny Khrunov, both flight engineers, as the crew to be transferred to Soyuz 4 for re-entry. The mission plan contained technical, scientific, and medical-biological research. The mission also tested spacecraft systems and design elements, the transfer of cosmonauts from one craft to another in orbit, and the docking of a piloted spacecraft. Yevgeny Khrunov and Aleksei Yeliseyev participated in the EVA, in which they transferred from the Soyuz 5 spacecraft to the Soyuz 4 spacecraft. Boris Volynov remained aboard Soyuz 5 and filmed the others donning their spacesuits. 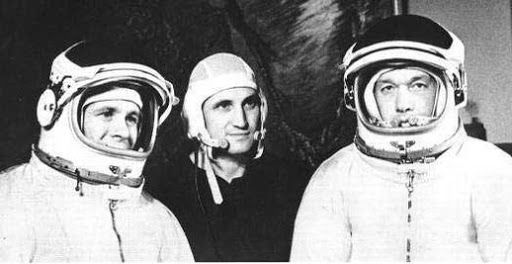 Volynov then checked out Yeliseyev and Khrunov's communications and life support systems before returning to the descent module. The two cosmonauts exited the Soyuz 5 spacecraft on their 35th revolution of Earth for the second Soviet spacewalk in history. Khrunov went out first, transferring to Soyuz 4 while the two docked spacecrafts were over South America. Yeliseyev transferred while the spacecrafts were over the Soviet Union. During the EVA, one of Khrunov's lines became tangled, and he closed the tumbler of his suit ventilator accidentally. Yeliseyev did not set up the movie camera before exiting the spacecraft, meaning there is no film of this historic EVA. The only footage that exists is a poor video transmission. One hour after leaving Soyuz 5, the two were greeted by Shatalov after the Soyuz 4 orbital module's re-pressurization. The spacewalkers took newspapers, letters, and telegrams printed after Shatalov lifted off in Soyuz 4 to help prove that the transfer took place. After 4 hours and 35 minutes together, Soyuz 4 and 5 separated, and Soyuz 4 re-entered the atmosphere and landed in Kazakhstan on January 17, 1969. 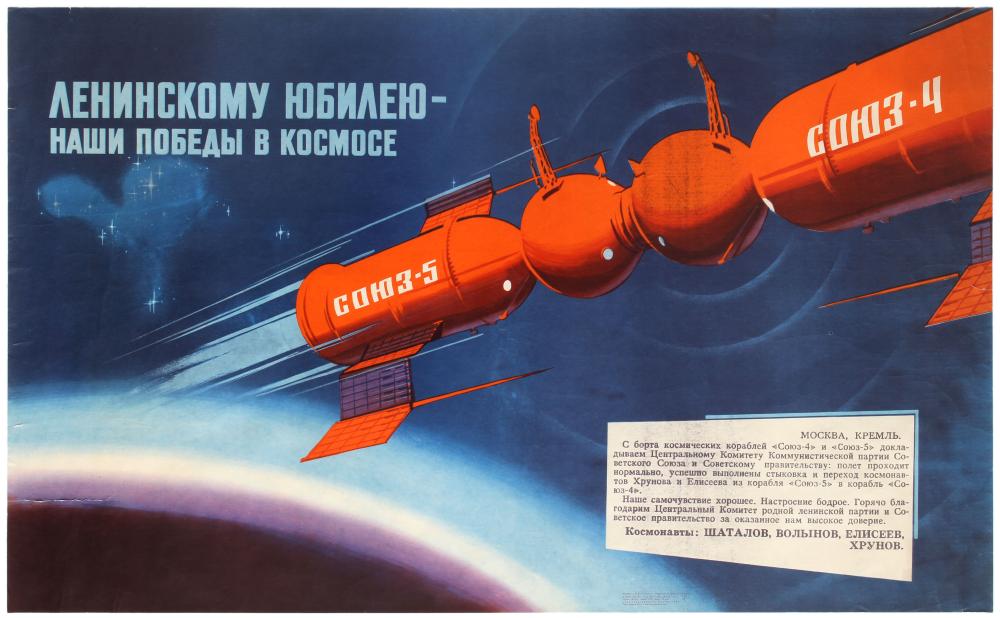 Volynov, who remained behind on Soyuz 5, returned to Earth in a remarkable re-entry. After retrofire, the service module failed to separate, but it was too late to abort by that point. While this had happened on various previous Vostok and Voskhod flights, it was far more severe for Volynov, considering the Soyuz service module was much larger than the earlier vehicles' small retropack. When Soyuz 5 started aerobraking in the atmosphere's upper reaches, the combined spacecraft moved into a nose-forward position. This meant the heavy descent module was facing directly into the air stream with only the light metal entry hatch to protect it at the front. The gaskets sealing the hatch then began to burn, filling the compartment with dangerous fumes and smoke. While typical for re-entry, the deceleration pulled Volynov outward against his harness rather than against the padded seat. As the combined craft's thermal and aerodynamic stresses increased, the struts between the service and descent modules burned through or broke off before the hatch failed. The descent module immediately righted itself once it was rid of the service module, now with the heat shield forward, taking the re-entry brunt. 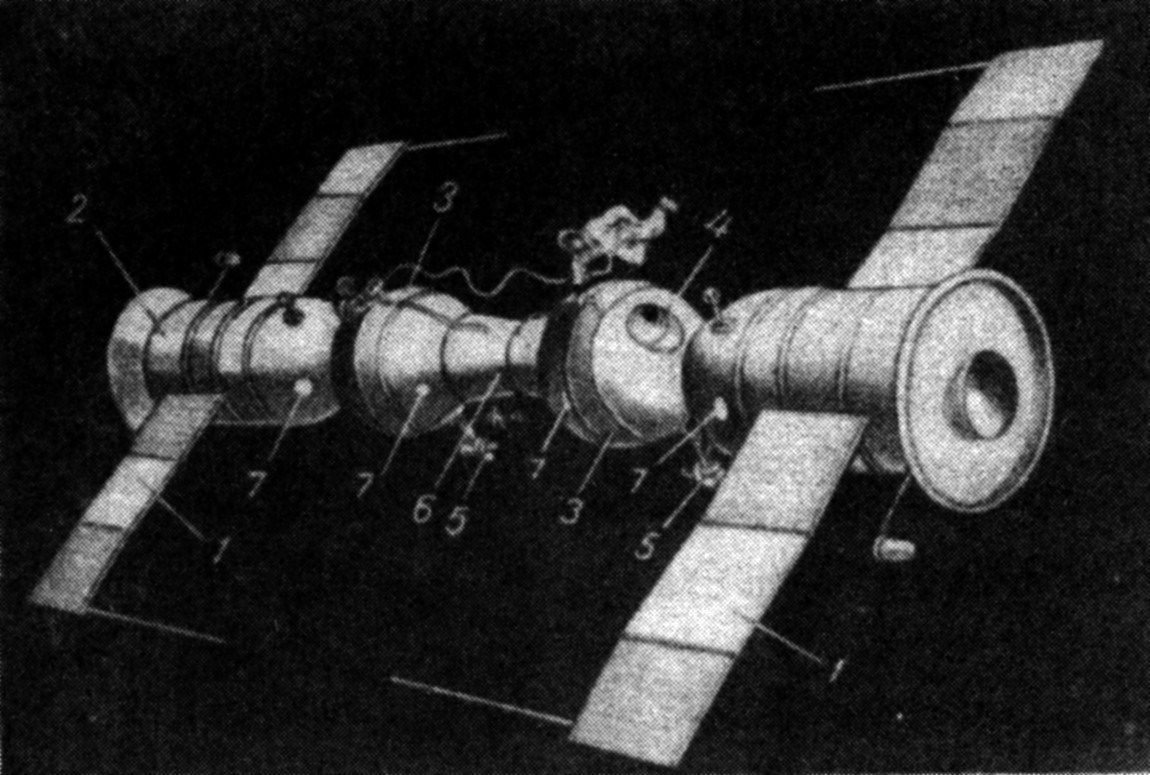 The nightmare re-entry was not over for Volynov when the Soyuz 5 parachute cables tangled partially, and a hard impact occurred, causing him to break some of his teeth after the soft-landing rockets failed. The capsule landed in the Ural Mountains, far off from the intended landing location. Knowing that it would be hours before rescue teams would reach him. With the local temperature around −38 °C (−36 °F), Volynov abandoned the capsule and walked several kilometers to find shelter with a local person. Volynov would fly again seven years later on Soyuz 21.

The Soyuz 4 and 5 crew were supposed to meet Leonid Brezhnev, the general secretary of the Communist Party, during a lavish ceremony at the Kremlin, but an attempted assassination prevented this. A man shot at the motorcade eight times but missed Brezhnev's car, and instead aimed at the other car containing four soviet cosmonauts. They were all unharmed, but Brezhnev's car sped away past the waiting Soyuz 4 and 5 crews on the podium.

Without the internal tunnel used by the Apollo program, this mission was instrumental in proving the Soviet lunar landing plan was possible. The Soviet plan called for a single cosmonaut to land on the Moon, return to lunar orbit where an orbiting spacecraft would be waiting with a fellow cosmonaut, and then spacewalk back from the lunar lander to the orbiter. This is much different from the Apollo moon landing procedure we are now accustomed to, and it seems riskier, but this mission proved that it could be done.