The Venera Program | The Space Collective

The Venera program was a series of space probes developed by the Soviet Union between 1961 and 1984 to gather information about Venus. Ten probes successfully landed on the planet's surface, including the two Vega program and Venera-Halley probes, making thirteen successful entries to the Venusian atmosphere. The probes only survived a short period on the surface of Venus due to the extreme surface conditions, with times ranging from 23 minutes to two hours.

Venera 1 and 2 were intended to fly past Venus without entering orbit around the planet. On February 12, 1961, Venera 1 was launched, but telemetry failed a week after launch. Venera 2 launched 4 years and 9 months later on November 12, 1965, but also suffered from telemetry failure after leaving Earth orbit. The Soviet Union launched several other failed attempts at Venus flyby probes in the early 1960s. However, they were not announced as planetary missions and thus did not officially receive the "Venera" designation.

The Venera 3 through Venera 6 probes were similar to their predecessors, and the probes were optimized for atmospheric measurements but not equipped with any special landing apparatus. Although they hoped they would reach the surface still functioning, the first probes failed almost immediately, and data transmission to Earth was disabled. On March 1, 1966, Venera 3 became the first human-made object to impact another planet's surface as it crash-landed. However, the spacecraft's data probes failed upon penetrating the atmosphere, so no data was retrieved from the mission. 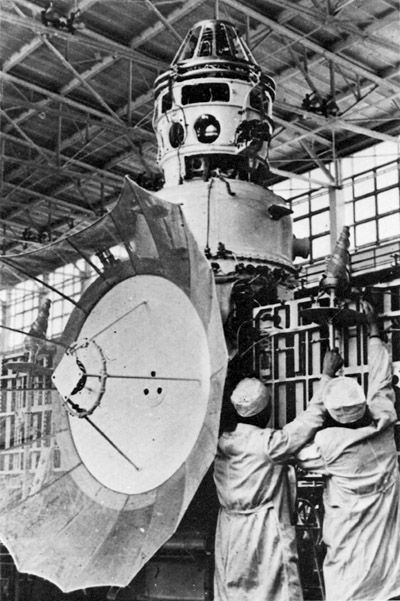 Venera 7, launched on August 17, 1970, was designed to survive Venus's surface conditions and make a soft landing. It was massively overbuilt to ensure survival, had few experiments onboard, and scientific output from the mission was limited because of an internal switchboard failure. However, the control scientists succeeded in extrapolating the pressure from the temperature data, which resulted in the first direct surface measurements coming from Venus. The parachute on Venera 7 failed shortly before landing very close to the surface, and it impacted at 17 meters per second and toppled over but ultimately survived. Due to an antenna misalignment, the radio signal was very weak but was detected for 23 more minutes before its batteries expired. Thus, on December 15, 1970, it became the first human-made probe to transmit data from the surface of Venus. Launched in 1972, the equally successful Venera 8 was equipped with more scientific instruments for studying the surface than previous Venera probes. After landing on the surface, its photometer measurements showed that the Venusian clouds extend to a high altitude, and the atmosphere during descent was relatively clear.

Following the failure of Kosmos 482, Venera 9 and 10 probes were launched in 1975, and Venera 11 and 12 probes from 1978 were designed differently. They weighed approximately much more and were launched by the powerful Proton booster. They included a transfer and relay bus with engines to brake into Venus orbit and served as receiver and relay point for the entry probe's transmissions. This new version of the probe was designed to operate on the surface for a minimum of 30 minutes, and the instruments included varied for different missions. However, all four landers had problems with some or all of their camera lens caps not releasing. 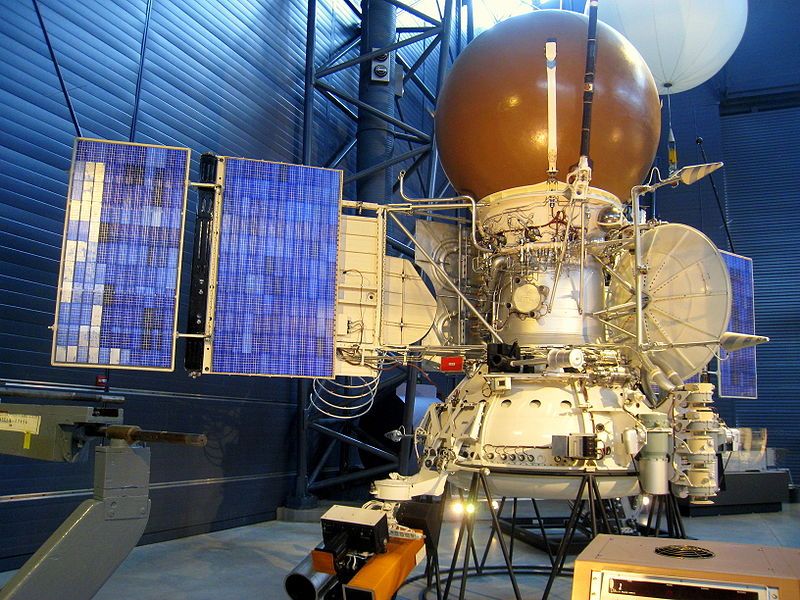 In the early 1980s, the Venera 13 and 14 probes each had a descent craft and lander that contained most of the necessary electronics and instrumentation, with an additional flyby spacecraft that would be used as a communications relay. The instruments they carried took scientific measurements of the atmosphere and ground once they landed. They also carried instruments that were to record electric discharges during its descent phase through the Venusian atmosphere. Venera 13 lander survived for over 2 hours, and Venera 14 lander for 57 minutes, despite their initial planned life being only 32 minutes. In 1983, Venera 15 and 16 spacecrafts were orbiter missions, similar to previous probes. However, the entry probes were replaced with surface imaging radar equipment that was necessary to penetrate the dense cloud of Venus.

The scope of the Venera program is not confined to the 16 launched probes. The VeGa probes that were sent to Venus and comet 1/P Halley were launched in 1984 using the basic Venera design, which included landers and atmospheric balloons, which relayed data for about two days. Additionally, Venera-D is a proposed future mission to Venus that would include a highly capable orbiter and a lander.

The scientific information about Venus from the data retrieved by the Venera probes was vast. For example, radar images returned from Venera 15 and 16, were analyzed and it was concluded that the grooves and ridges on the surface of Venus resulting from tectonic deformations.