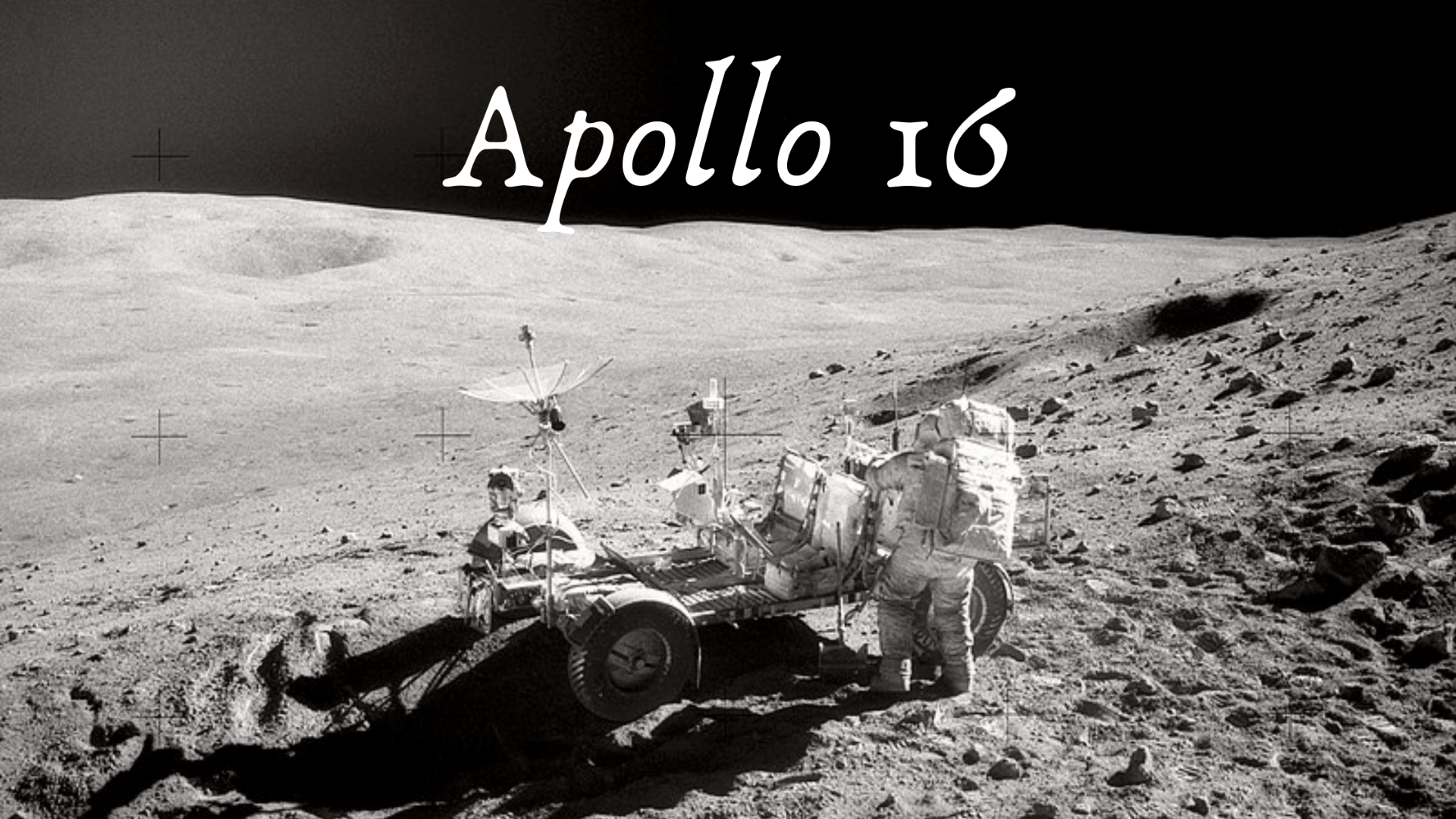 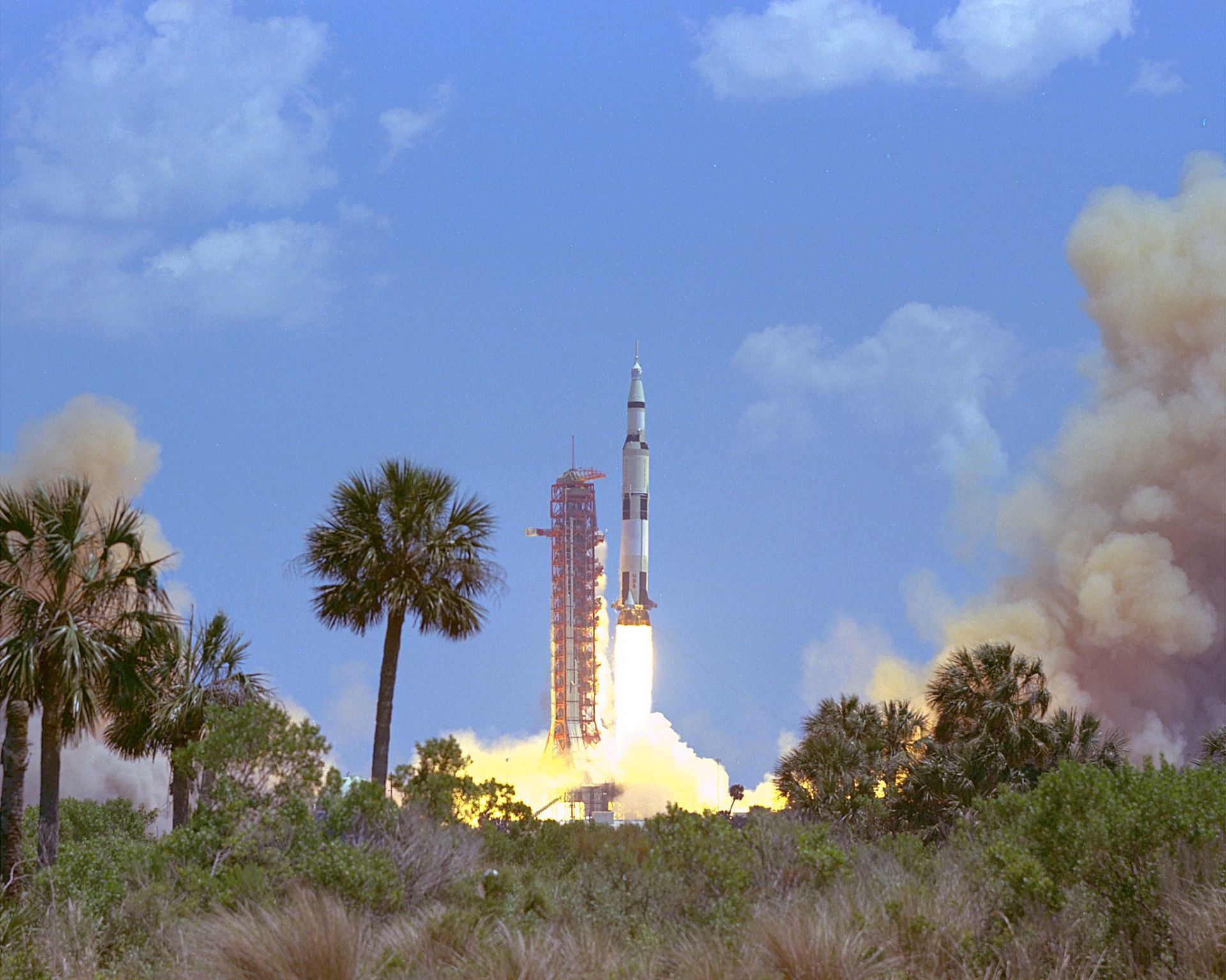 Apollo 16 was the fifth crewed and penultimate mission to land on the Moon and the first mission to land in the lunar highlands. The second of Apollo's "J missions" was crewed by Commander John Young, Lunar Module Pilot Charles Duke, and Command Module Pilot Ken Mattingly.

The Apollo 16 was launched on April 16, 1972. The launch was normal, and the crew felt vibrations that were similar to those of previous flights. The spacecraft did not arrive in lunar orbit until flight day four, so flight days two and three were essentially preparatory days, consisting of spacecraft maintenance and scientific research.

The crew began preparations for entering the Moon's orbit after waking up on flight day four. The spacecraft passed behind the Moon just over 74 hours into the mission and lost direct contact with Mission Control. The crew prepared for the Descent Orbit Insertion (DOI) maneuver after entering lunar orbit, which further modified the spacecraft's orbital trajectory. The remainder of day four was spent making observations and preparing to activate the lunar module, undocking, and landing the next day. 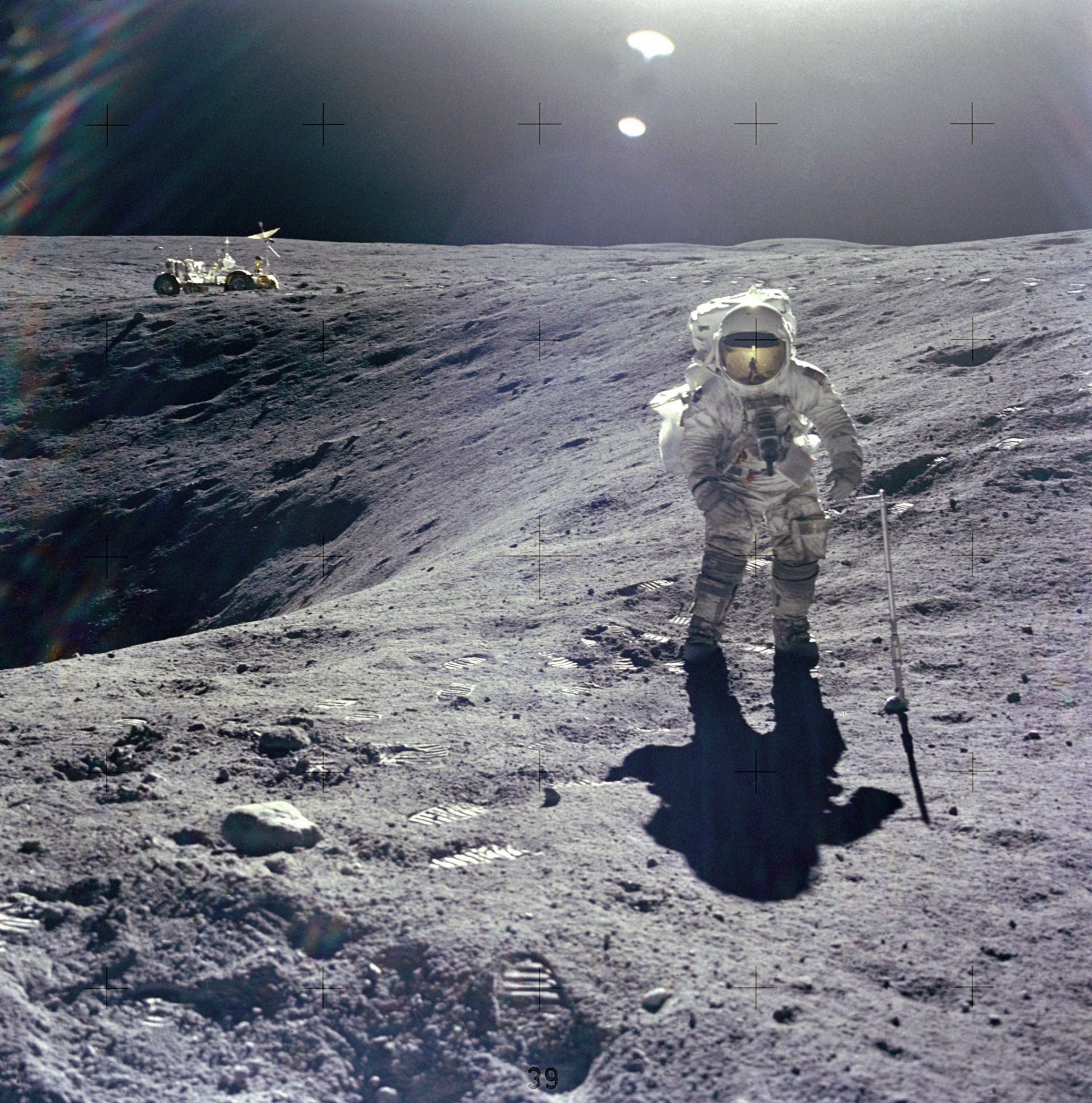 Shortly after waking up on flight day five, the crew continued preparing for lunar module activation and undocking. Young and Duke entered the LM for checkout and activation of the spacecraft's systems. They completed preparations only 10 minutes early, despite entering the LM 40 minutes ahead of schedule, due to numerous delays in the process. They undocked the LM Orion from the CSM Casper just over 96 hours into the mission, leaving Mattingly in lunar orbit. Young and Duke descended to the surface at a higher altitude than any previous mission, at 20.1 kilometers (10.9 nmi). The LM landed 60 m (200 ft) west and 270 m (890 ft) north of the planned landing site just over 104.5 hours into the mission on April 21. After landing, Young and Duke made some adjustments to save battery, configured Orion for their three-day stay on the lunar surface, and took initial geological observations of the immediate landing site.

The following day, Young and Duke ate breakfast and began preparations for the first extra-vehicular activity (EVA), or moonwalk. The astronauts' first task of the moonwalk was to unload the Lunar Roving Vehicle, the Far Ultraviolet Camera/Spectrograph (UVC), and other equipment from the LM. They then set up the television camera and planted the United States flag. Young always drove the rover during lunar surface operations, with Duke assisting with navigation.

The next task was deploying the Apollo Lunar Surface Experiments Package (ALSEP). After ALSEP deployment, they collected geological samples in the vicinity. They sampled material from Flag crater's vicinity, which scientists thought extended through the Moon's upper regolith layer to the Cayley Formation underneath. At Flag Crater that Duke retrieved, the largest rock returned by an Apollo mission, at the request of Mission Control; a breccia nicknamed Big Muley after mission geology principal investigator William R. Muehlberger. They then returned to the LM to finish out the moonwalk. The EVA was just over 7 hours in length. Once inside, they had a half-hour briefing with scientists in Mission Control and began their sleep period.

The second EVA's primary objective was to climb up Stone Mountain's slope to reach "Cinco crater," a cluster of five craters, which was 3.8 km (2.4 mi) from the landing site. The craters sit 152 m (499 ft) above the valley floor, which was the highest elevation above the LM ever reached by astronauts while on the Moon. After marveling at the view from Stone Mountain's side, the pair gathered samples in the immediate area. Upon returning to the LM, they broke a record for the amount of time spent on an EVA set by the Apollo 15 crew, clocking in 7 hours, 23 minutes, and 26 seconds on the surface.

During the third and final lunar EVA, they explored the North Ray crater, the largest of any Apollo expedition craters. Mattingly was busy preparing the CSM in anticipation of their return during this time. The pair spent three hours and six minutes exploring the North Ray crater before they returned to the LM. They then completed several scientific experiments and offloaded the rover. Duke left United States Air Force commemorative medallion and a photograph of his family on the Moon's surface a short distance from the LM. Young drove the rover about 90 m (300 ft) east of the LM, so its camera, controlled by Mission Control, could observe lift-off. After a 5-hour and 40-minute final excursion, they reentered the LM and began preparing to return to lunar orbit.

CAPCOM James Irwin notified Young and Duke, eight minutes before departing the lunar surface, that they were go for lift-off. They activated the "Master Arm" switch and the "Abort Stage" button two minutes before launch, after which they awaited Orion's ascent stage engine ignition. Small explosive charges severed the ascent stage from the descent stage when the ascent stage ignited, and a guillotine-like mechanism severed cables connecting the two. Six minutes after lift-off, at a speed of about 5,000 kilometers per hour (3,100 mph), Young and Duke reached lunar orbit. The pair successfully rendezvoused and re-docked with Mattingly in the CSM.

Mattingly performed an 83-minute "deep space" EVA to retrieve film cassettes during the return to Earth from the scientific instrument module (SIM) bay. At approximately 320,000 km (199,000 mi) from Earth, it was the second "deep space" EVA in history, as it performed at a significant distance from any planetary body. Mattingly also set up a biological experiment during his EVA, the Microbial Ecology Evaluation Device (MEED), an experiment unique to Apollo 16. As of 2021, it is one of only three "deep space" EVAs, all performed during Apollo's J-missions under similar circumstances. The crew carried out various maintenance and housekeeping tasks aboard the spacecraft and ate a meal before concluding the day.

Approximately ten minutes before reentry into Earth's atmosphere, the CM separated from the SM, which burned up during reentry. Just over 265.5 hours into the mission, at a velocity of about 36,000 ft/s (11,000 m/s), Apollo 16 reentered Earth's atmosphere. At its maximum, the heat shield's temperature was between 2,200 and 2,480 °C (4,000 and 4,500 °F). Less than 14 minutes after reentry began, and after successful parachute deployment, the CM splashed down 350 km (220 mi) southeast of the island of Kiritimati in the Pacific Ocean, just under 266 hours after lift-off. The recovery ship USS Ticonderoga retrieved the spacecraft and its crew. They were safe aboard the Ticonderoga 37 minutes after splashdown.