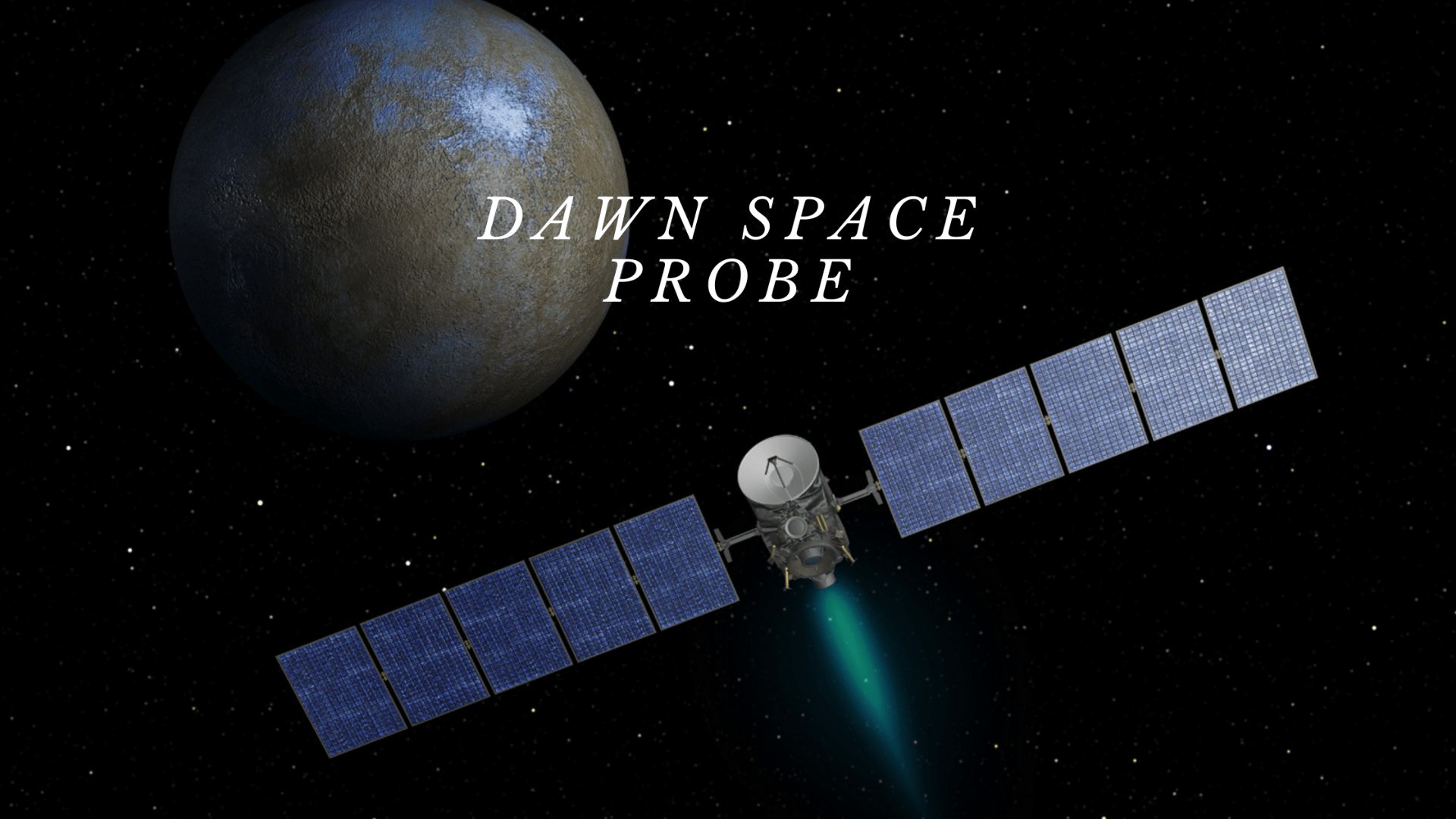 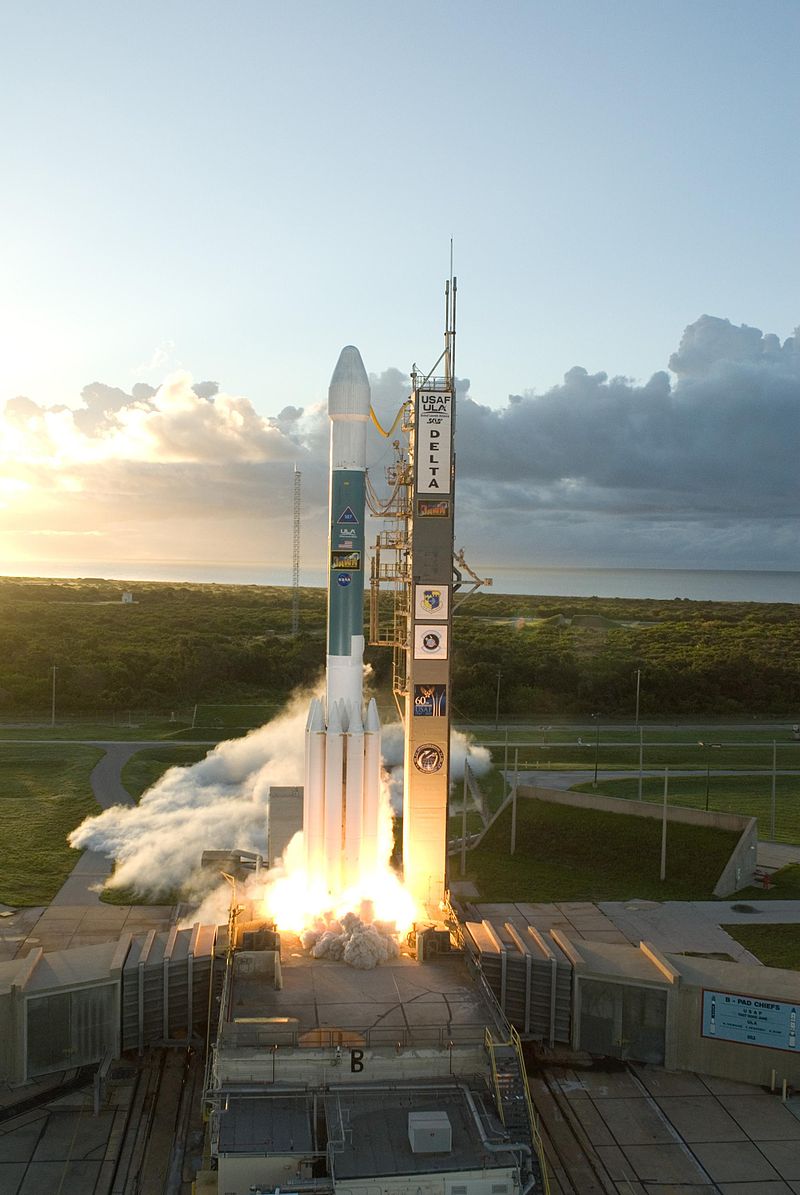 Dawn is a retired space probe that NASA launched in September 2007 to study Ceres and Vesta, two of the three known protoplanets of the asteroid belt. Dawn was the first spacecraft to visit either Vesta or Ceres, to orbit two extraterrestrial bodies, and orbit a dwarf planet. The mission was designed to study large bodies in the asteroid belt to answer questions on the Solar System's formation, as well as to test the performance of Dawn's ion thrusters in deep space. Vesta and Ceres were chosen because of their contrasting nature, where Vesta is dry and rocky, and Ceres is icy and wet. The two provided a bridge in understanding the formation between the two vastly different planet bodies.

Dawn launched from the Cape Canaveral Air Force Station on September 27, 2007, and reached escape velocity with the assistance of a spin-stabilized solid-fueled third stage before Dawn's ion thrusters took over. Dawn carried out its scheduled orbital insertion around Vesta on July 16, 2011. However, because Dawn's antenna was pointed away from Earth, scientists could not immediately confirm whether or not the orbital insertion was successful. However, the spacecraft reoriented itself on July 17, and  NASA confirmed that it received telemetry from Dawn which indicated that the spacecraft had successfully entered orbit around Vesta. This made Dawn the first spacecraft to orbit an object in the asteroid belt. 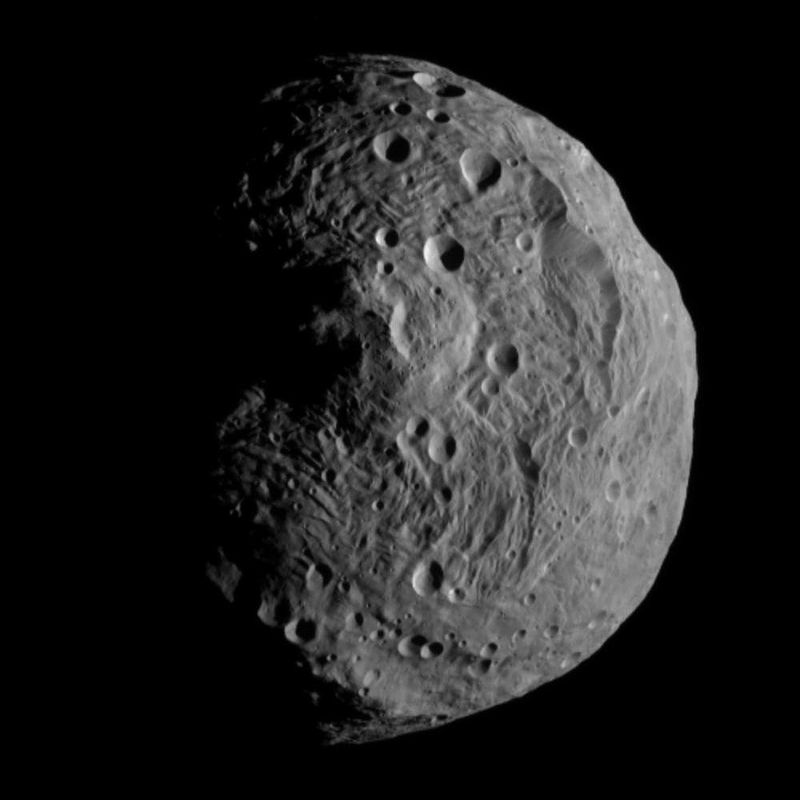 The Dawn team published the preliminary results of their study of Vesta in May 2012. The study stated that scientists think that Vesta is the last remnant of the large rocky planetoids that came together during the formation of the Solar System. In October 2012, more Dawn results were published on the origin of abnormal dark spots and streaks on Vesta's surface, likely deposited by ancient asteroid impacts.

Dawn was initially scheduled to depart Vesta on August 26, 2016, and begin its two and a half year journey to Ceres. However, there was a problem with one of the spacecraft's reaction wheels, and Dawn was forced to delay departing Vesta until September 5, 2012.
During its journey to Ceres, the Dawn team stated that they would reorient the probe using a "hybrid" mode utilized reaction wheels and ion thrusters. Engineers determined that this hybrid model would conserve fuel. On November 13, 2013, Dawn engineers completed a 27-hour-long series of exercises of said hybrid mode during test preparation during the transit.

Dawn's ion thruster unexpectedly ceased firing on September 11, 2014, and the probe began operating in safe mode. The mission team quickly exchanged the active ion engine and electrical controller to avoid a failure in propulsion. The team reported that they had a plan to revive the disabled component later in 2014. A high-energy particle may have damaged the controller in the ion propulsion system. The probe's ion thruster resumed normal operation on September 15, 2014, upon exiting the safe mode. After the propulsion issue, the Dawn investigators also found that the spacecraft could no longer aim its primary communications antenna toward Earth, and a weaker capacity antenna was temporarily retasked. The probe's computer was reset to correct the problem, and the aiming mechanism of the primary antenna was restored.

On December 1, 2014, Dawn began photographing an extended disk of Ceres with partial rotation images released as animations on January 13 and 25, 2015. Images taken after January 26, 2016, exceeded the resolution of similar images from the Hubble Space Telescope. Dawn entered orbit around Ceres on March 6, 2015, four months before New Horizons arrived at Pluto, making Dawn the first mission to study a dwarf planet from a close range. Dawn experienced a software glitch on June 30, 2015, when an orientation system anomaly occurred. It went into safe mode and sent a signal to engineers, who fixed the error on July 2, 2015. Engineers determined the anomaly's cause was related to the mechanical gimbal system regarding one of the ion engines. After switching to a different ion engine and conducting tests in mid-July 2015, engineers certified the craft to continue the mission.

After completing the Ceres mission, a flyby of the asteroid 2 Pallas was suggested but was never formally considered. This was because orbiting Pallas would not have been possible for Dawn due to the high inclination of Pallas' orbit relative to Ceres.

The Dawn project team submitted an extended mission proposal to NASA in April 2016, which would have had Dawn break orbit from Ceres and perform a flyby of the asteroid 145 Adeona in May 2019. Scientists argued that the science gained from visiting a third asteroid might outweigh the returns from staying at Ceres. However, NASA's Planetary Mission Senior Review Panel declined the proposal in May 2016. A one-year extension was approved, but Dawn was to remain at Ceres. The review panel stated that the long-term observations of the dwarf planet, particularly as it approached perihelion, would potentially yield better science. The extension expired on June 30, 2017, and Dawn was placed in a relatively stable but uncontrolled orbit around Ceres, where it ran out of hydrazine propellant by October 31, 2018, and where it will remain for at least 20 years.