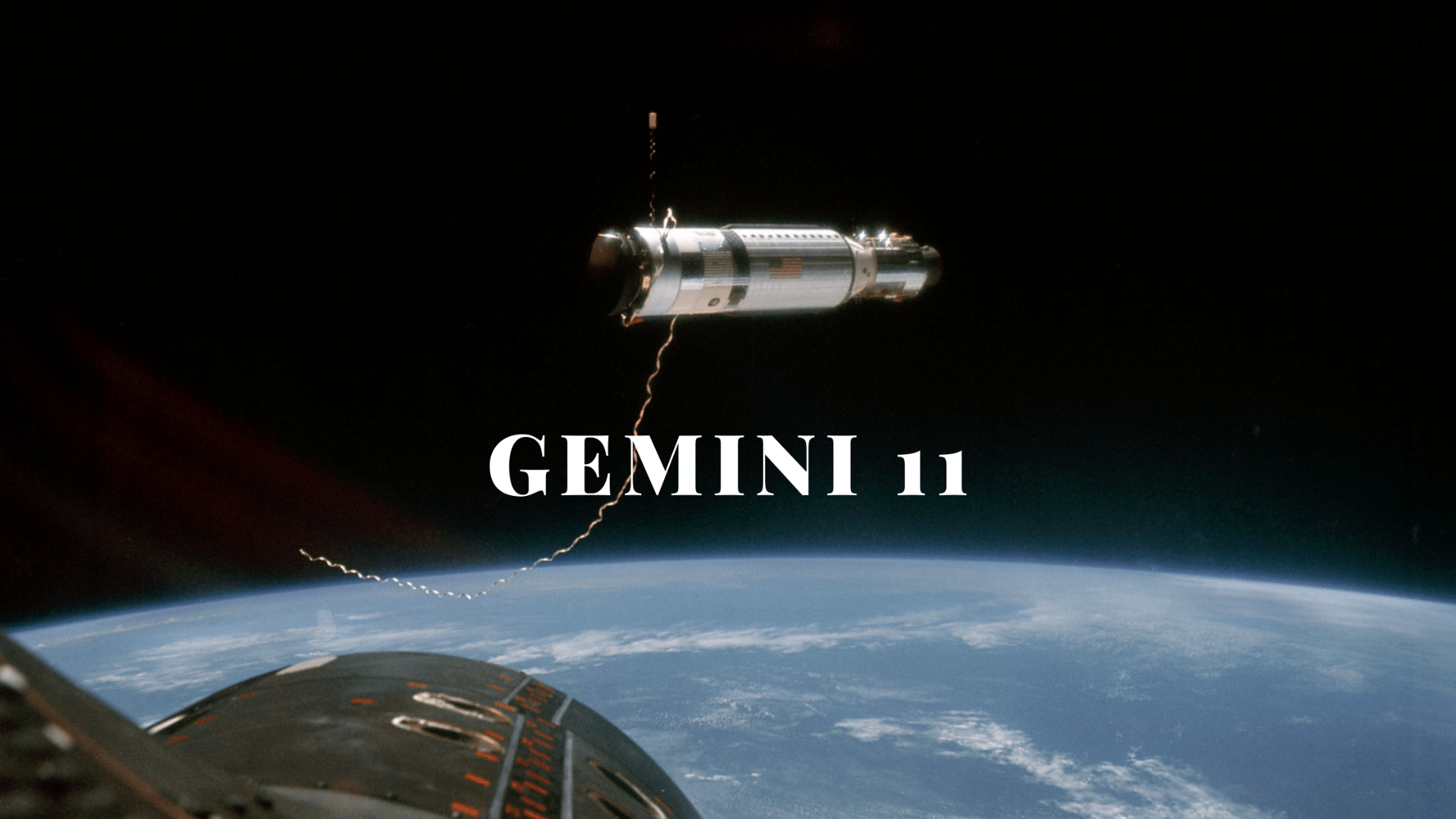 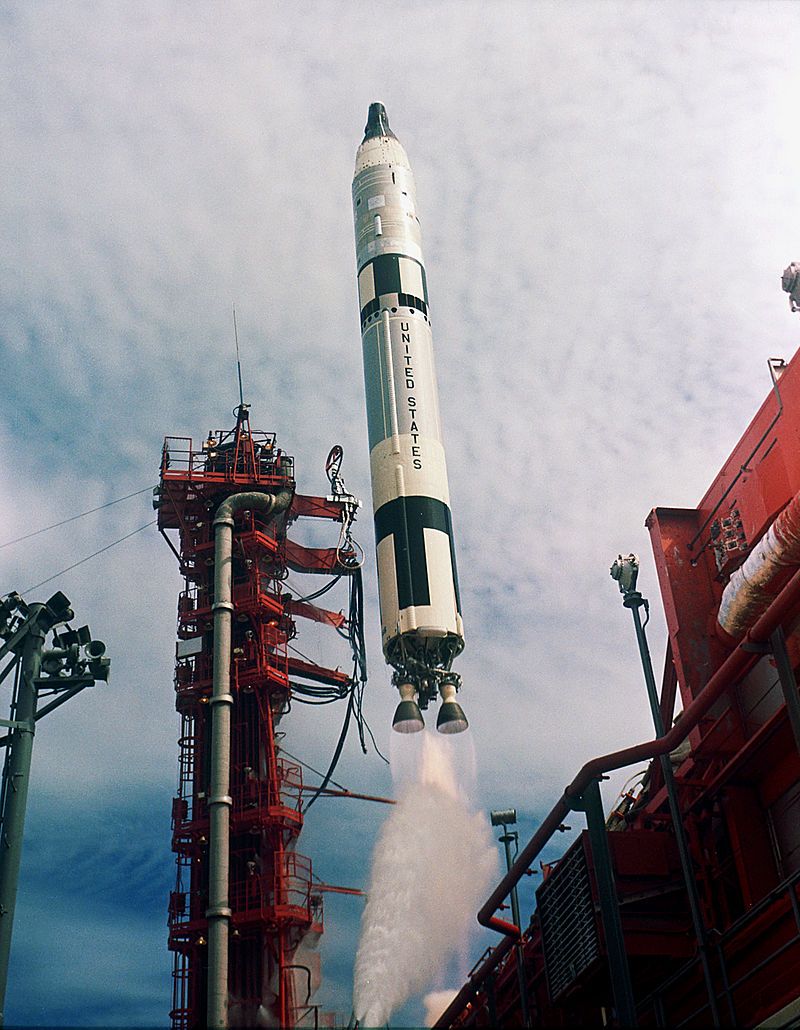 Gemini XI was the ninth crewed spaceflight in the Gemini project, which flew from September 12 to 15, 1966. The first-ever direct-ascent rendezvous with an Agena Target Vehicle was carried out by Astronauts Charles "Pete" Conrad Jr. and Richard F. Gordon Jr., which took place 94 minutes after launch.

Gemini XI launched on September 12, 1966, and immediately entered an elliptical orbit. The Agena Target Vehicle had been launched an hour and a half before Gemini XI and was in place for docking, which was completed on the first orbit and took less fuel than initially expected. After the docking took place, Gemini XI used the Agena's rocket engine to achieve a world-record high-apogee Earth orbit of 1,373 km (853 miles), the highest Earth orbit ever reached by a crewed spacecraft, a record that still stands. Throughout the flight, they returned to a near-circular orbit at around 296 km (184 mi). The crew docked and undocked four times throughout the flight and retained sufficient maneuvering fuel for an unplanned fifth rendezvous. 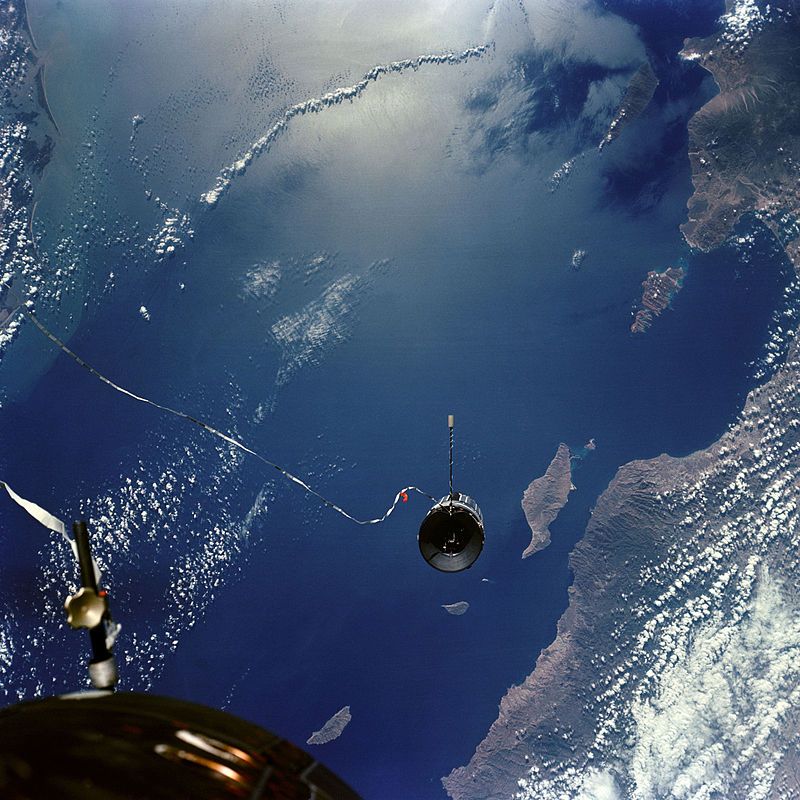 Two EVAs were scheduled for the mission, Gordon participating in both. His first EVA was part of the passive stabilization experiment and was scheduled to last for two hours. Gordon was responsible for fastening a 100-foot (30 m) tether to the Gemini's docking bar. The objective was achieved, but working for an extended period in space proved more taxing than in-ground simulation, and Gordon terminated the EVA after only half an hour. Unfortunately, the passive stabilization experiment proved to be a bit troublesome for the crew. Gordon and Conrad separated the craft in a nose-down position but found that the tether would stay taut simply by the Earth's gravity gradient as they expected. However, they could generate a small amount of artificial gravity, about 0.00015 g, by firing their side thrusters to rotate the combined craft slowly like a slow-motion pair of bolas. After, Gordon successfully performed a secondary EVA where he stood with his head and shoulders out of the hatch and photographed the stars, Earth, and clouds. This was not as tiring as the first and lasted more than two hours. 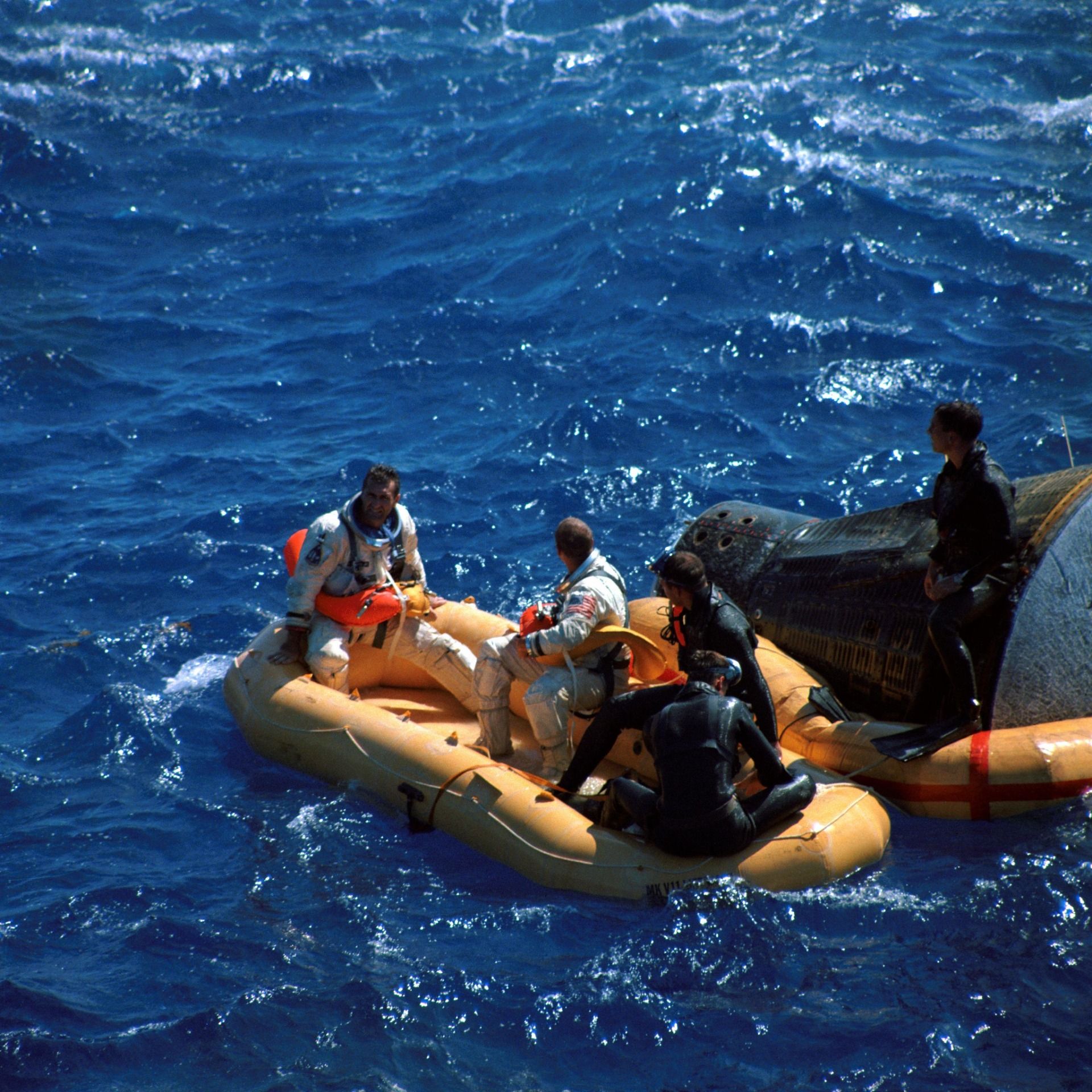 The mission ended with the U.S.'s first automatic, computer-controlled reentry, which brought Gemini XI to splash down only 2.4 km (1.5 miles) from its planned position and 4.5 km (2.8 miles) from its recovery ship USS Guam. The Navy Helicopter Squadron HS-3 recovered the astronauts.