Orbiting 408km (253 miles) above us at a speed of 7.66km/s is the International Space Station and stored outside of it is one of our very own payloads. Yes, we, The Space Collective, have a payload oribiting above Earth right now! Contained within our payload are bundles of pins and patches we manufactured to celebrate NASA’s 60th Anniversary! 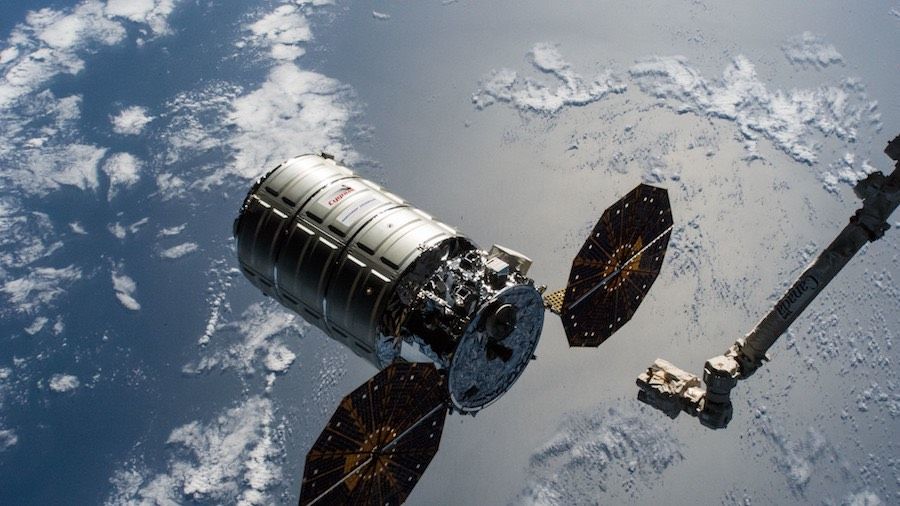 Our payload was launched aboard the Grumman “Cygnus NG-10” (pictured), otherwise known as the S.S. John Young and was so named after arguably one of the most famous and achieved astronauts who ever lived.

The payload launched on 17th November 2018 at 09:01:31 UTC and is due to return to Earth in March 2020 after what will have been a 14 month trip outside of the International Space Station! While attached to the outside of the Space Station the contents are be exposed to the one of the harshest environments known to mankind; space.

For our payload of pins and patches however this makes for an incredible environment to be exposed to and yes, they’re available for pre-order here!

At the time of launch, The Space Collective was the first and only company to have ever flown a commercial payload to the International Space Station. So, if you want to own something that has literally been exposed to the vacuum of space and travelled over 175 million miles (4.8 miles per second x 14 months) then you’re in luck!

You can pre-order your incredible piece of space flown history right here at The Space Collective.