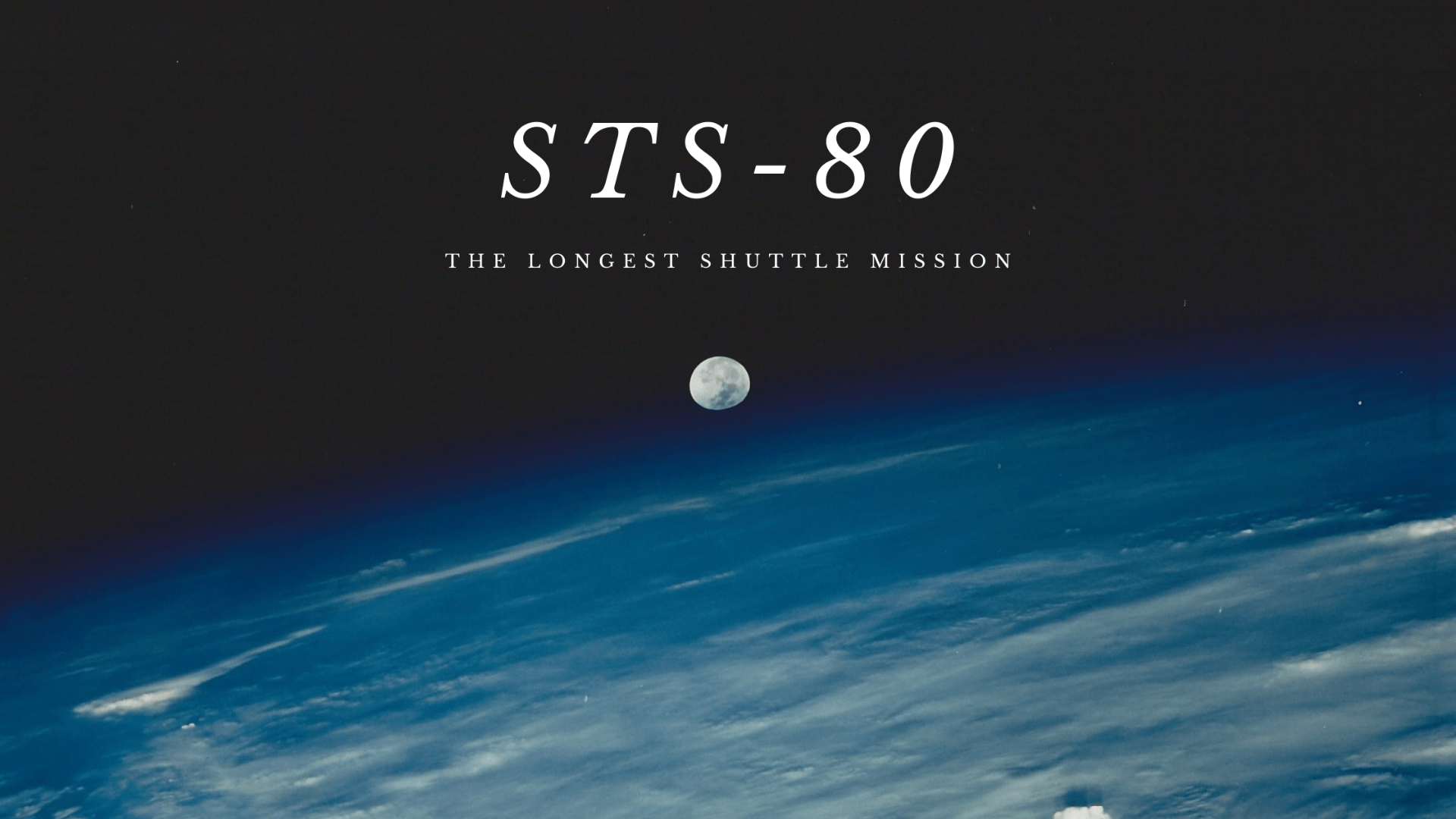 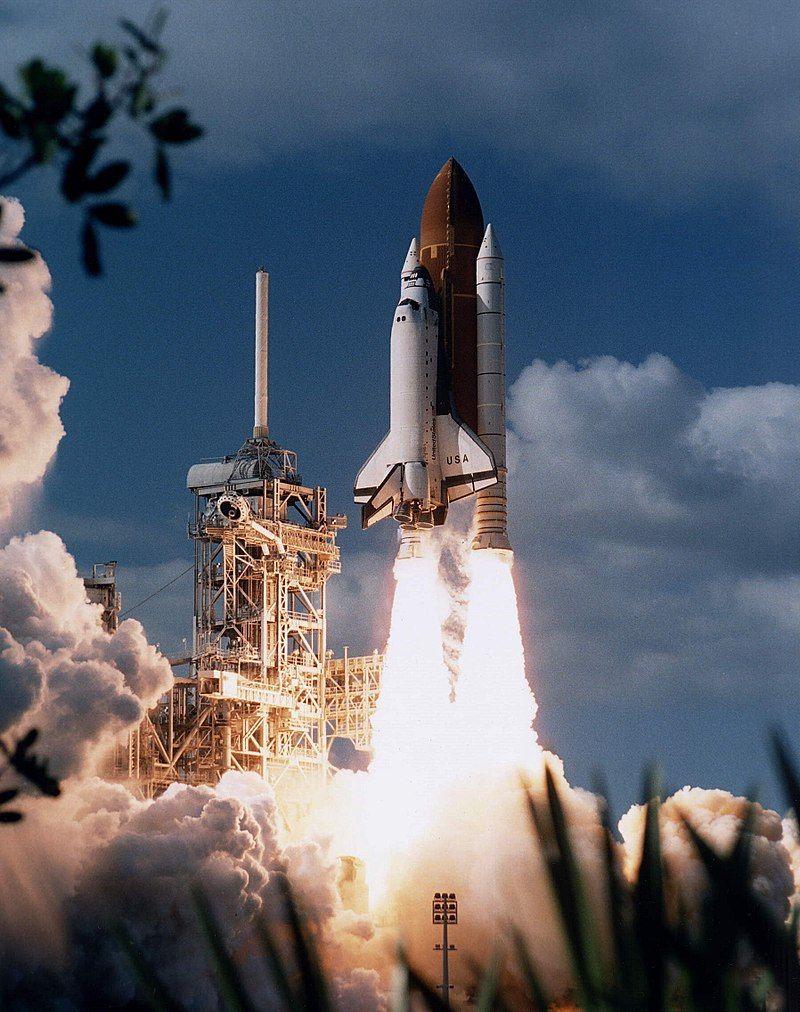 NASA's Space Shuttle program was a truly groundbreaking step in sustainable space travel. A total of 135 flights were flown over 30 years with only 5 Space Shuttles. Each mission brought us closer to understanding the universe around us and the very nature of space travel. STS-80 was one of many space flights but was also record-breaking and incredibly eyeopening in terms of scientific data gathered.

The launch for STS-80 was initially scheduled for October 31, 1996, but it was delayed to November 19 for several reasons. The changeout of STS-79 boosters with those slated to fly on STS-80 and the delay of STS-79 liftoff first threatened the launch. Preparations for Hurricane Fran in early September halted STS-80 booster stacking operations in the Vehicle Assembly Building (VAB), prompting mission managers to reschedule the launch date to November 8. At Flight Readiness Review (FRR) on October 28, mission managers declined to formalize the launch date pending analysis of STS-79 booster nozzles' erosion. At Delta FRR on November 4, the launch date changed to no earlier than November 15 to allow engineers more time to complete the nozzle erosion study. At follow-up, FRR November 11, November 15 set as the official launch date, pending a commercial Atlas launch November 13. The launch was postponed two days later to November 19 due to the Atlas launch's scrub and predicted terrible weather in the vicinity for several days. 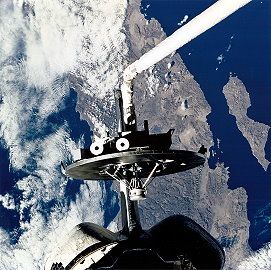 Launch occurred on November 19 with the Space Shuttle Columbia, about three minutes after the window's scheduled opening. The initial inspection post-retrieval of the STS-80 nozzles indicated pocketing and wash erosion, but less extensive than that noted on STS-79 nozzles. The astronauts on the flight were Commander Kenneth Cockrell, Pilot Kent Rominger, and mission specialists Story Musgrave, Thomas Jones, and Tamara Jernigan.

STS-80 deployed two satellites and successfully recovered them after they had performed their tasks. On flight day one, the Orbiting and Retrievable Far and Extreme Ultraviolet Spectrometer-Shuttle Pallet Satellite II (ORFEUS-SPAS II) was deployed and began data-gathering for two weeks and was recaptured on flight day sixteen. The three main scientific instruments on ORFEUS-SPAS II were the ORFEUS-Telescope with the Far Ultraviolet Spectrograph and Extreme Ultraviolet Spectrograph. The secondary payload was the Interstellar Medium Absorption Profile Spectrograph. Non-astronomy payloads on ORFEUS-SPAS included the Surface Effects Sample Monitor, the ATV Rendezvous Pre-Development Project, and the Student Experiment on ASTRO-SPAS.

ORFEUS-SPAS II's mission was dedicated to astronomical observations at very short wavelengths. Its purpose was to investigate the nature of hot stellar atmospheres and the cooling mechanisms of white dwarf stars, determine the nature of accretion disks around collapsed stars, explore supernova remnants, and investigate interstellar medium and potential star-forming regions. All of ORFEUS-SPAS II's mission goals were achieved, and there were no significant problems with either instruments or support hardware. 422 observations of almost 150 astronomical objects were completed, including observations of the moon, nearby stars, distant Milky Way stars, stars in other galaxies, active galaxies, and quasar 3C273. Compared to the first ORFEUS-SPAS mission in 1993, the ORFEUS-SPAS II instruments were more sensitive and yielded higher-quality data. Also, more than twice the data was obtained compared to the first ORFEUS-SPAS flight.

Two six-hour EVAs by Jernigan and Jones were planned to evaluate equipment and procedures used during the International Space Station construction and maintenance. However, the crew could not open the outer airlock hatch. When troubleshooting did not reveal the cause, mission managers concluded it would not be safe to attempt the two EVAs and risk unnecessary damage to hatch or seals. The crew evaluated the new Pistol Grip Tool, similar to a handheld drill, in mid-deck. Post-landing assessment of hatch indicated a small screw had become loose from an internal assembly and lodged in an actuator — a gearbox-type mechanism that operates linkages that secure the hatch — preventing the crew from opening the hatch. The hatch opened easily when the replacement actuator was installed.

The landing, which was initially scheduled for December 5, was pushed back to December 7 after bad weather prevented landing for two days. STS-80 was the longest Space Shuttle mission ever flown, officially lasting 17 days, 15 hours, and 53 minutes. During STS-80, Story Musgrave became the only person to fly on all five Space Shuttles, the oldest man to travel to space — later surpassed by John Glenn — and tied the record for number of spaceflights, of which he had 6.