The Voyager Project | The Space Collective 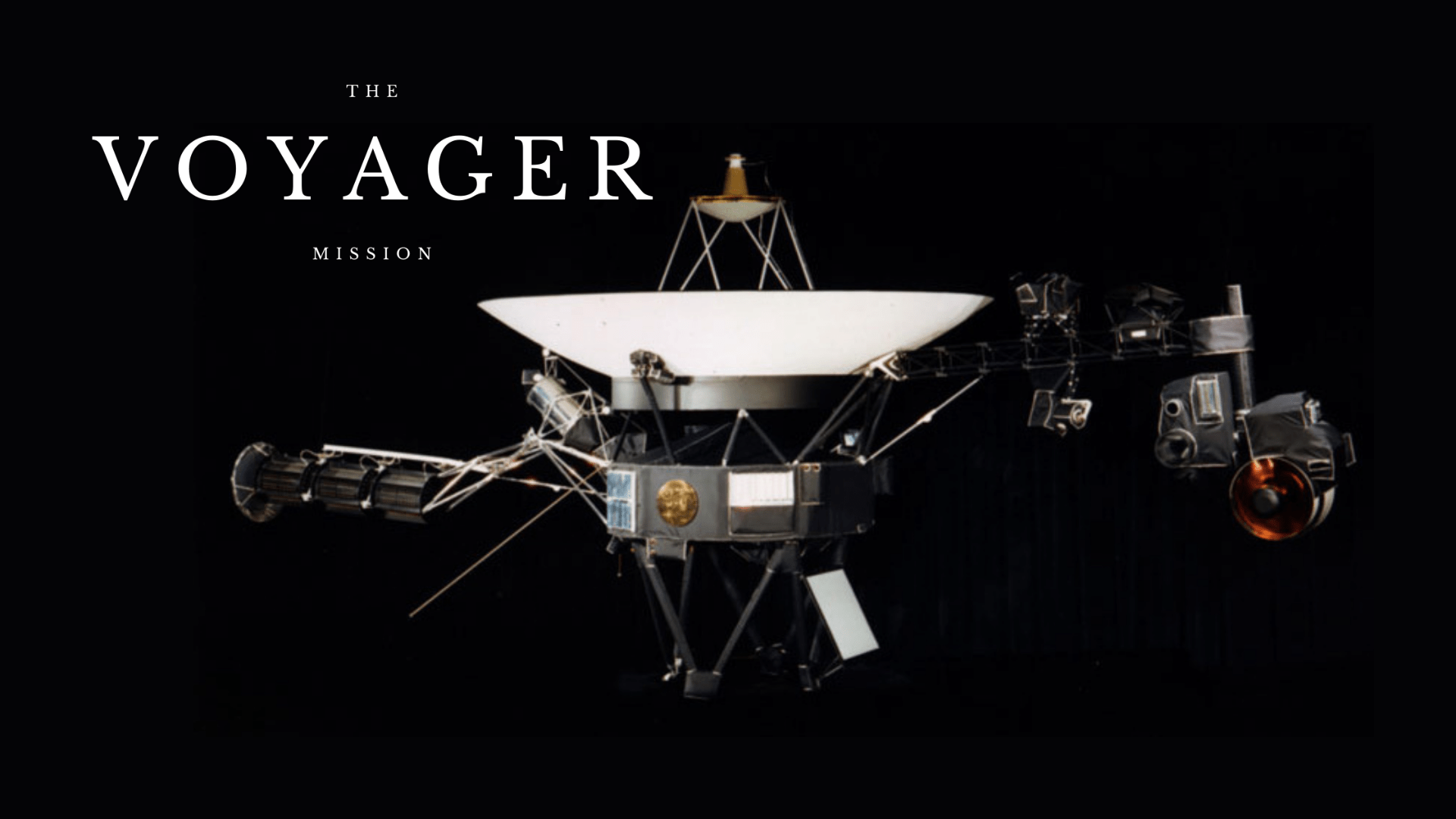 The Voyager probes are truly going where no one has gone before. They have been headed, since 1977, directly into the vast unknown of space, far beyond the reaches of what we have ever considered possible. The Voyager spacecrafts are two of the five artificial objects to bypass all the planets in our solar system — preceded by the Pioneers 10 and 11 — and are currently the only artificial objects interstellar space. This feat has been decades in the making, and it is looking like the scientific understanding coming from the Voyager program will be seen for decades, maybe even centuries, to come.

The Voyager project started with a once-in-a-lifetime alignment of our solar system's four outermost planets, which occurs every 176 years. Scientists theorized that if a spacecraft launched in the late 1970s, in time for a spacecraft to reach the outer four planets in time for the alignment, would have the potential to use each planet's gravity to swing to the next. However, the project would not officially start until the early 70s. In 1972, "Mariner Jupiter/Saturn 1977" — the first name of the mission before NASA officially approved the Voyager name in 1977 — began constructing the spacecrafts. The spacecrafts were modeled after the Mariner spacecrafts, which flew by Mars, Venus, and Mercury in the 1960s. The original plans for the mission were only committed to flying by Jupiter and Saturn. Voyager 2 launched first on August 20, 1977, followed shortly after by Voyager 1.

Despite being launched second, Voyager 1 reached Jupiter first on March 5, 1979, and made some fantastic discoveries. Voyager 1 discovered two of Jupiter's moons, Jupiter's ring system, the first detected lightning to occur not on Earth, evidence that one of Jupiter's moons may have tectonic activity, and the first active volcanoes beyond Earth on Io, one of Jupiter's moons. Thanks to Voyager 1, we also know Jupiter's Great Red Spot is a massive cyclone-like storm! A few months later, on July 9, 1979, Voyager 2 arrived at Jupiter, sending the first images of Jupiter's rings back to Earth. Voyager 2 also found a third previously undiscovered moon and approached Europa, another of Jupiter's myriad moons, and found evidence that suggests ice over a liquid water ocean! Voyager 2 also observed the same volcanos Voyager 1 observed on Io; however, they were still erupting, meaning Io's active volcanic periods are much longer than Earth's.

Voyager 1 made it's way to Saturn and it's largest moon, Titan, on November 9, 1980. Voyager 1 discovered three of Saturn's moons, Atlas, Prometheus, and Pandora, and data was gathered from Titan. Surprisingly, Titan has a thick, nitrogen-rich, almost Earth-like atmosphere, the first of the like to be seen beyond Earth. From there, Voyager 1 made its way out of our solar system above the plane of planets. Voyager 2 continued to trail behind, encountering Saturn on August 25, 1981, where it observed a hexagonal-shaped weather feature over the north pole.

The next two stops on Voyager 2's mission were Uranus and Neptune, where no missions had previously gone. In January of 1986, Voyager 2 encountered Uranus, where it found 11 new moons and discovered Uranus's magnetic field is tilted. Voyager 2 also transmitted the first images of Uranus's dark rings and detected temperatures as low as -353 degrees (59 Kelvin), making Uranus the coldest planet in our solar system. Three years later, Voyager 2 made it's way to Neptune, making it the first to observe Neptune and visit four planets beyond Earth! Here, Voyager 2 discovered six new moons, transmitted the first images of Neptune's rings, and found the enormous rotating storm named "The Great Dark Spot" in Neptune's southern hemisphere. Voyager 2 began it's depart of the solar system there, below the plane of planets. Shortly after this, engineers turned off Voyager 2's cameras to save power, memory, and data for other instruments as Voyager 2 prepared to go into interstellar space. Engineers are confident the spacecraft will never need to take images again, as it will not fly close enough to any astronomical object.

In 1998, Voyager 1 passed Pioneer 10 and became the farthest artificial object from Earth in space, and in December 2004, crossed the termination shock. This is where solar wind abruptly heats up and slows down as it encounters interstellar wind. This is the inner boundary of the heliosheath, the outer layer of the bubble the Sun creates for itself, and all solar system planets. Unfortunately, on this day, the antennas are not scheduled to listen for data on the day Voyager 1 crosses this boundary. However, less than three years later, Voyager 2 crosses the termination shock into the heliosheath. This time, antennas on Voyager 2 are ready, and scientists can analyze the passage through the termination shock. Finally, on August 25, 2012, Voyager 1 entered interstellar space, making it the first human-made object to pass beyond the heliopause -- the boundary between our solar bubble and the matter that has been flung into space by exploding stars. Voyager 2 followed into interstellar space on November 5, 2018.