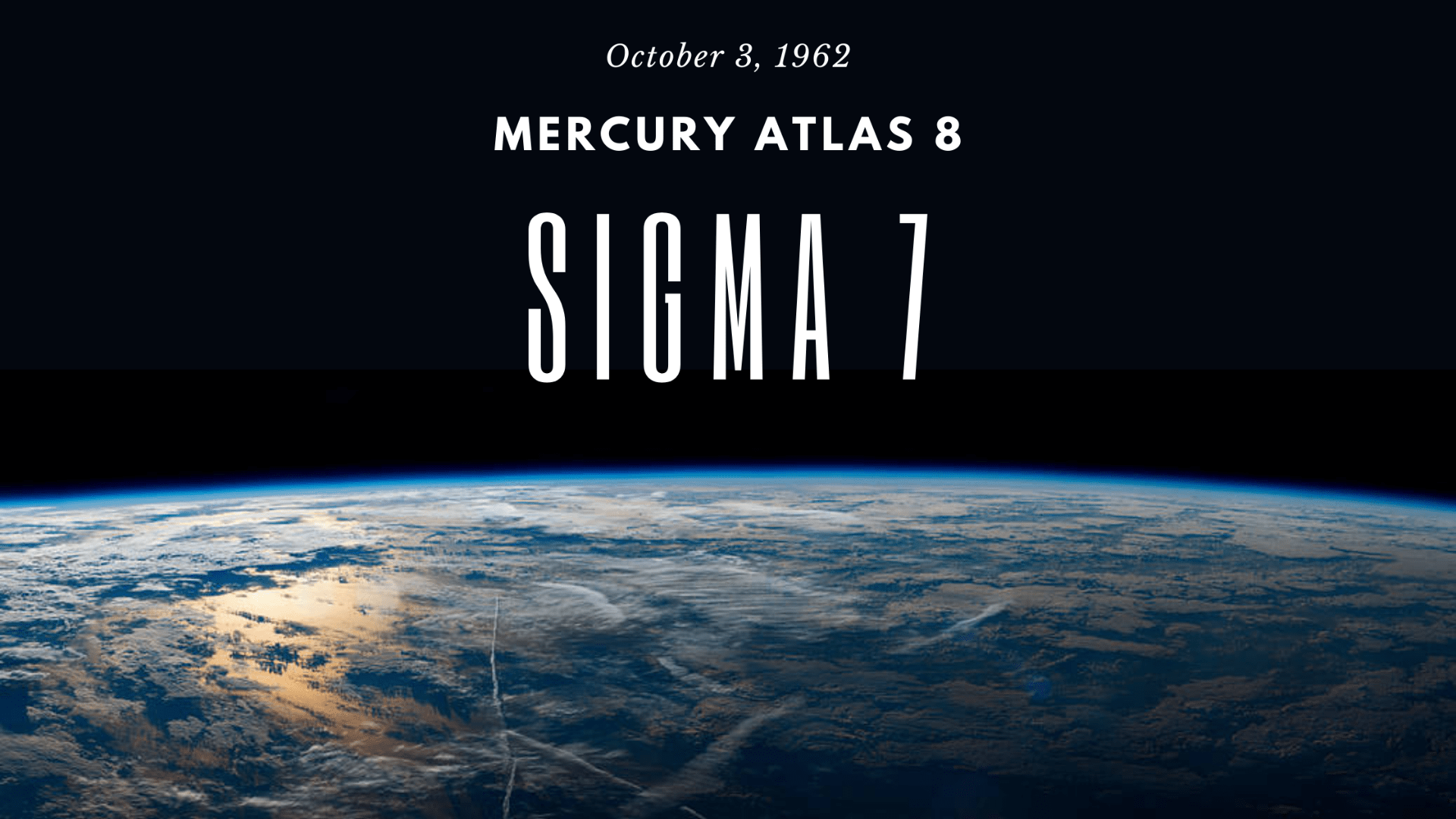 Mercury-Atlas 8 (MA-8, also Sigma 7), the third crewed orbital flight of the Mercury program, launched on October 3, 1962. It was crewed by a single pilot, Walter M. Schirra, Jr, and the mission objectives were as follows: evaluate the performance of the spacecraft system, assess extended orbital space flight effects to the astronaut and compare the data from previous missions, evaluate the performance of the replaced or modified spacecraft systems from the last orbital missions, and evaluate the Mercury Worldwide Network performance and use.

Although initially scheduled for launch in early September, the mission was postponed twice for additional preparation time. The launch was the first to be broadcast live to Europe. Significant modifications were made to eliminate problems that arose during the two previous flights. The first was to the reaction control system, to disarm the high-thrust jets and permit using the low-thrust jets to conserve fuel during manual operation. The second adjustment was to maintain communications throughout the flight with the addition of two high-frequency antennas.

Liftoff went smoothly on October 3, 1962, at 12:15 UTC from Cape Canaveral, Schirra, calling his mission a "textbook flight." After separating from the booster, Schirra stabilized the spacecraft and then turned his attention to testing manual control, which he found sloppy compared to the fly-by-wire system. While crossing over the eastern coast of Africa during his first orbit, he began to feel overheated; however, he eventually stabilized by slowly moving the suit's control knob to a high cooling setting. He compared the feeling to "mowing a lawn in Texas."

Over Australia, Schirra was able to see lightning and the outline of Brisbane, although he was not able to see flares set off on the ground because of the cloud cover. During his pass over the Pacific that night, he was able to test the capsule's periscope, but quickly covered it up as soon as the sun rose, and he found it difficult to use. Crossing over Mexico, he reported that the capsule was running entirely on automatic. As he began his second orbit, he started using the Earth through the main window as a reference, rather than via the periscope he found difficult to use.

On the second orbit, he saw a barrage of small bright particles first reported by Glenn on MA-6. As he began the third orbit, Schirra turned off part of the electrical power system, disconnected the spacecraft's gyroscopes, and allowed the capsule to drift. He used this period to test his motor control and spatial awareness — which he thought was unaffected by his weightlessness — and eat a small meal. Shirra then powered the spacecraft back up while over the Indian Ocean and continued his path over the Pacific Ocean. While passing over Hawaii, clearance for the full six-orbit mission was given. He shut down the electrical power for the second period of drifting flight over California. He, at this point, occupied himself by taking photographs with the onboard camera. 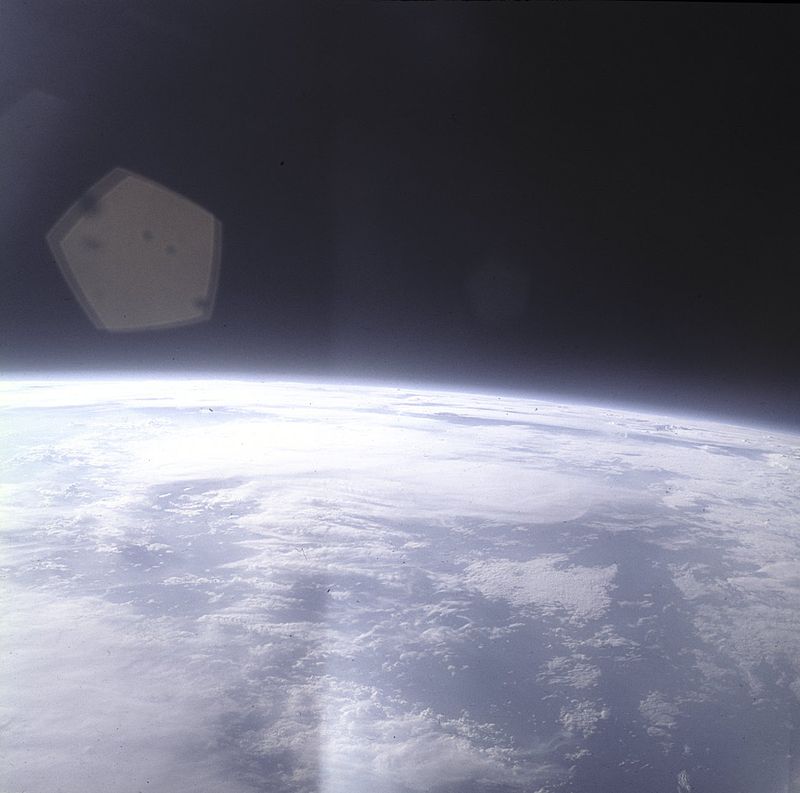 On the fourth orbit, drifting with the Earth 'above' him, Schirra continued his to take photographs and attempted to spot the Echo 1 satellite while passing over East Africa, which was unsuccessful. As he approached California, he spoke to John Glenn, which was broadcast live on the radio and television across the United States. Problems began to arise with the pressure suit. Schirra avoided opening the visor to clean it for fear that the suit temperature would act up again.

By the fifth orbit, Schirra began to relax, saying it was the first rest he had gotten since December 1961. Over the Atlantic, he returned to photography. Over the Philippines, he reported the spacecraft had 80% fuel remaining in both manual and automatic fuel tanks after four and a half of the planned six orbits. While passing over Ecuador, Schirra was asked by the tracking station if he had any message to pass on "in Spanish to the fellows down here." He commented on how beautiful the country appeared from orbit, ending with a cheery, "Buenos Dias, y'all!"

The sixth orbit was consumed by preparations for re-entry, though Schirra was able to take the last set of photographs of South America. After completing six orbits, the capsule re-entered Earth's atmosphere, landing 440 km northeast of Midway Island in the Pacific Ocean, about 8.2 km from the prime recovery ship. The flight duration was 9 hours 13 minutes and 11 seconds, during which Schirra traveled over 230,000 km.