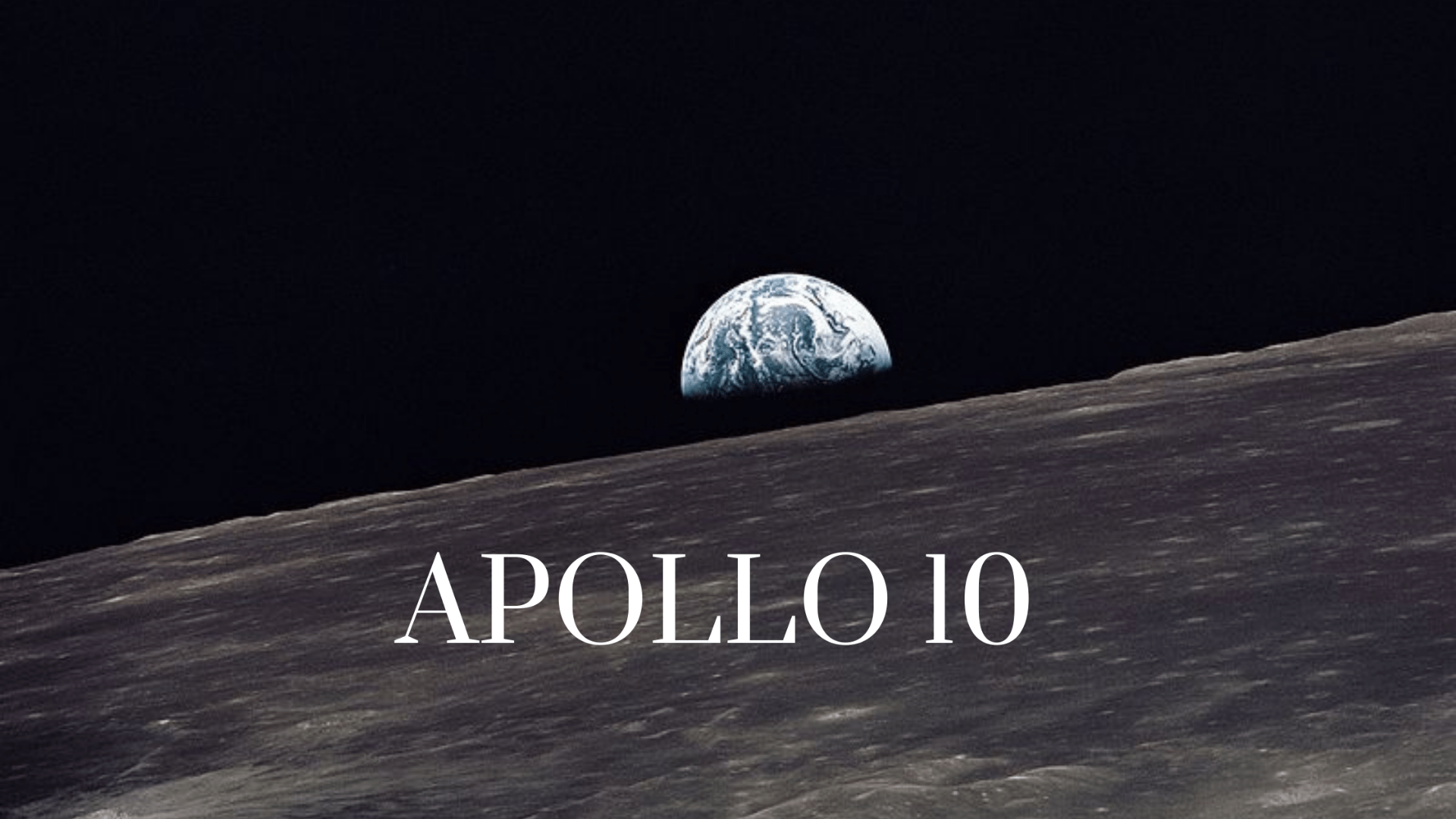 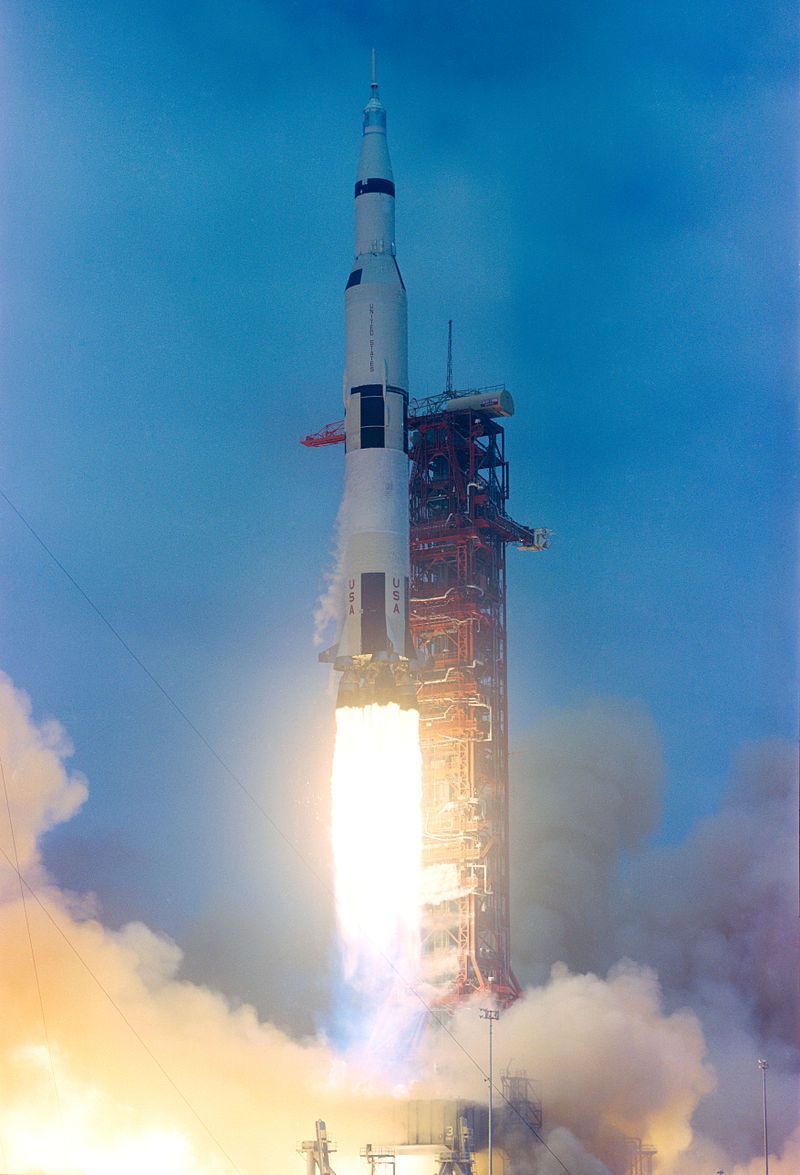 Apollo 10 launched on May 18, 1969, making it the fourth crewed Apollo program mission and the second crewed mission to orbit the Moon. The mission was a test run for the first Moon landing, testing all the components and procedures just short of landing. Astronauts Gene Cernan and Thomas Stafford flew the Apollo Lunar Module (LM) to a descent orbit while John Young remained orbiting the Moon in the Command Module. Apollo 10 returned safely to Earth after orbiting the Moon 31 times, leading to the first successful human Moon landing two months later during Apollo 11. Apollo 10 was the first mission to carry a color television camera inside the spacecraft and made the first live color TV transmissions from space.

Shortly after trans-lunar injection, astronaut Young performed the transposition, docking, and extraction maneuver, which separated the CSM from the S-IVB stage. He then turned the CSM around and docked its nose to the top of the LM. 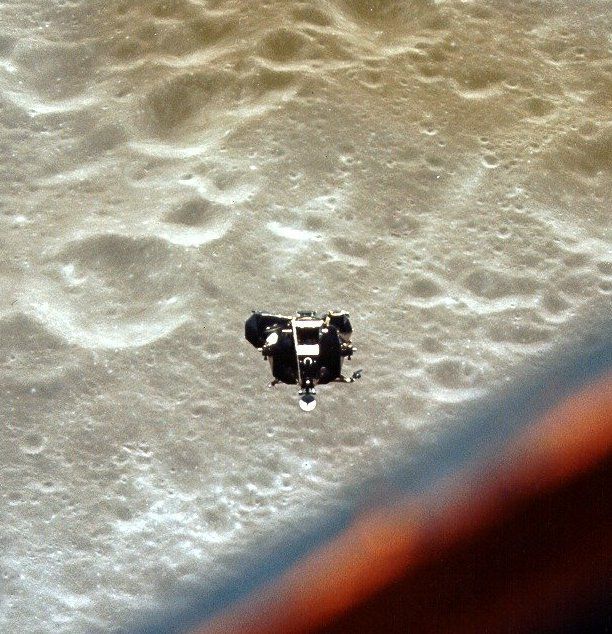 After reaching lunar orbit, Young remained in the CM Charlie Brown while Cernan and Stafford entered and flew the LM Snoopy separately. The LM crew performed the descent orbit insertion maneuver by firing their descent engine and testing their craft's landing radar as they approached the 15,000-meter (50,000-foot) altitude, which is where Apollo 11 would begin powered descent for lunar landing. The LM crew surveyed the future Apollo 11 landing site in the Sea of Tranquility, then jettisoned the descent stage and fired the ascent stage engine to return to Charlie Brown CM. The descent stage was left in orbit but presumably crashed onto the lunar surface; its location is unknown as it was not tracked.

The lunar module began to roll unexpectedly during descent stage separation. This occurred because the crew accidentally duplicated commands in the flight computer, which took the LM out of abort mode. Cernan and Stafford were caught during the live television broadcast uttering several expletives before they regained control of the LM. Cernan later said he observed the horizon spinning eight times over under ascent engine power, indicating eight rolls, although recordings from the flight do not support this dramatic memory. However, while NASA downplayed the incident, the roll was a few revolutions from being unrecoverable. This would have resulted in the LM crashing into the lunar surface. 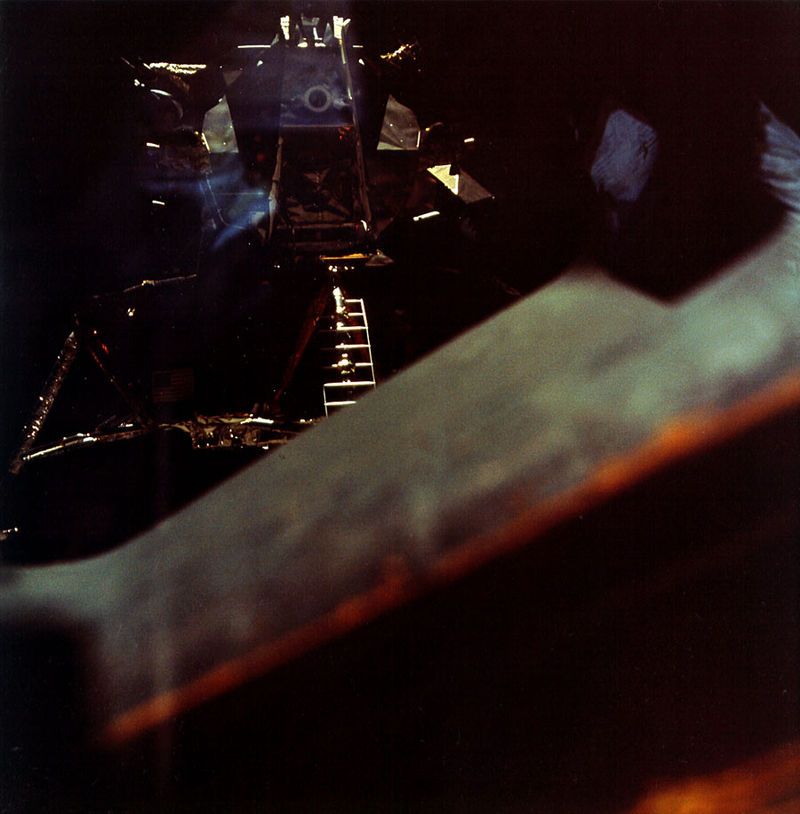 After the LM docked with Charlie Brown and Cernan and Stafford re-entered the CM, Snoopy's engine was fired to depletion, which sent the ascent stage on a trajectory past the Moon and into a heliocentric orbit. This maneuver was unique, as the subsequent Apollo 11 ascent stage was left in lunar orbit to crash into the lunar surface eventually. Post-Apollo 11 ascent stages were deliberately steered into the Moon's surface to obtain readings from seismometers on the surface.

On May 26, 1969, splashdown occurred about 740 km (400 nmi) east of American Samoa in the Pacific Ocean. The astronauts and the Apollo 10 spacecraft were recovered by USS Princeton and subsequently flown to Tafuna before being flown to Honolulu.

NASA instructed astronauts to choose more "dignified" names for their command and lunar modules after Apollo 10. However, this was ultimately unenforceable, as Apollo 16 astronauts Mattingly, Duke, and Young chose Casper, named after Casper the Friendly Ghost, for their CM name. The idea behind this was to give kids a way to identify with the mission.