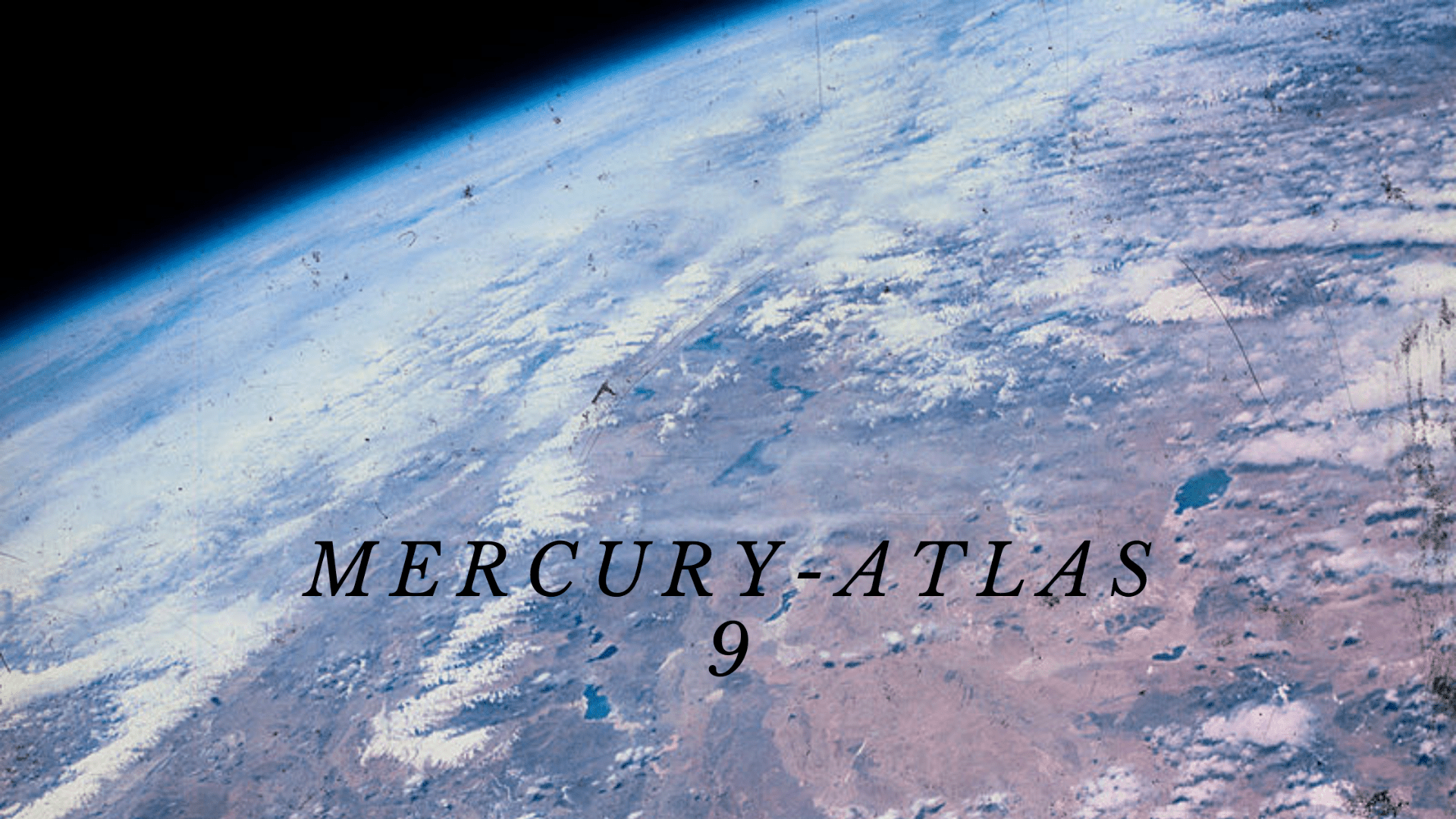 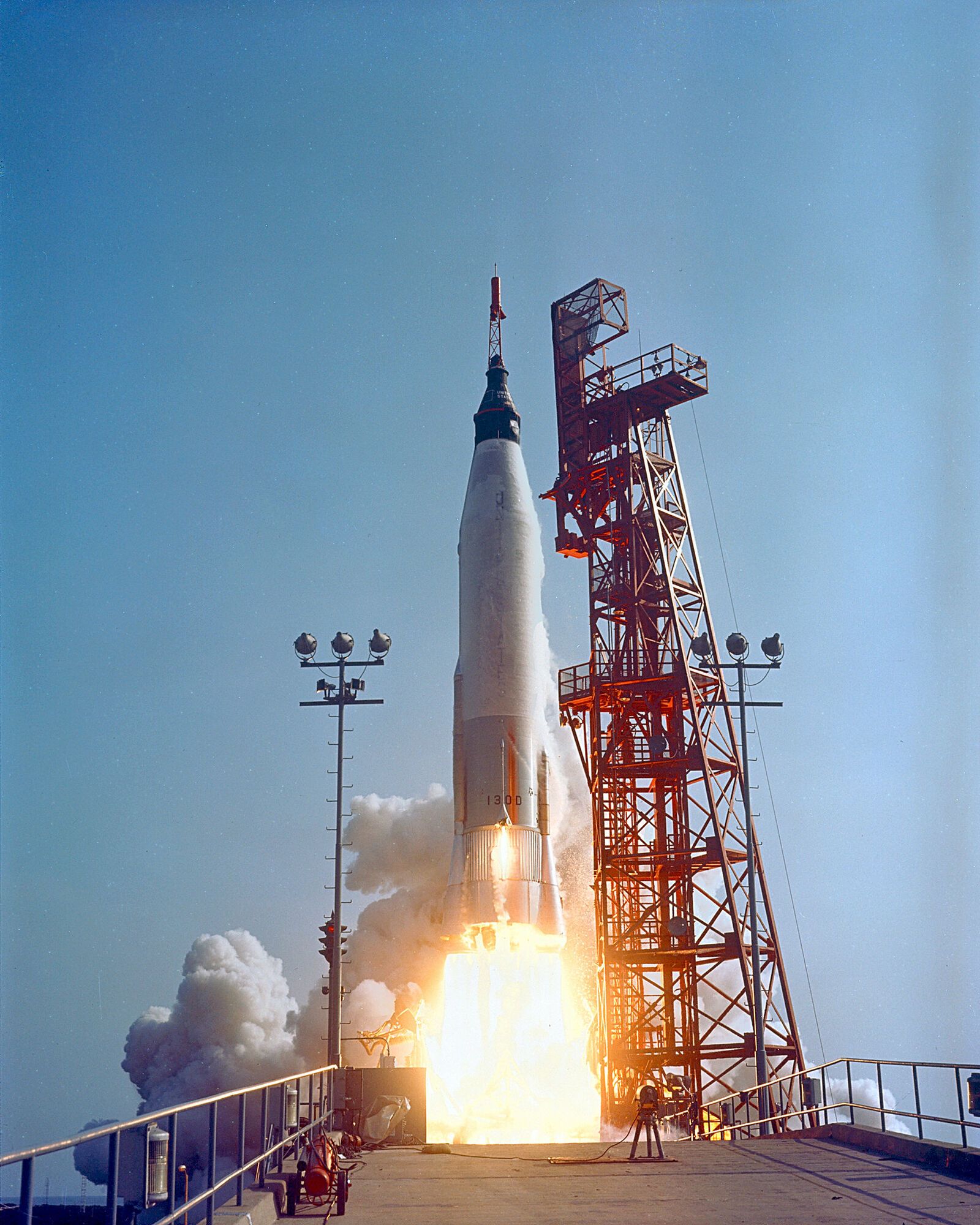 Mercury-Atlas 9 was the final mission of the Mercury program. The spacecraft, named Faith 7, was piloted by astronaut Gordon Cooper and completed 22 Earth orbits before splashing down in the Pacific Ocean. This mission marked the last time an American was launched alone to conduct a solo orbital mission.

Walter Schirra's Mercury-Atlas 8 flight on October 3, 1962, had been so nearly perfect that some suggested MA-9 wasn't necessary as not to risk a future disaster. The thought was taking a chance on another longer mission was unnecessary, and instead, progress should be made on the Gemini program. However, some officials believed the opportunity to test a human in space for a full day with the Mercury program was too valuable of an opportunity to waste. Additionally, various Soviet Vostok missions had lasted for more than a day, and NASA was eager to even the gap between themselves and the Soviets. 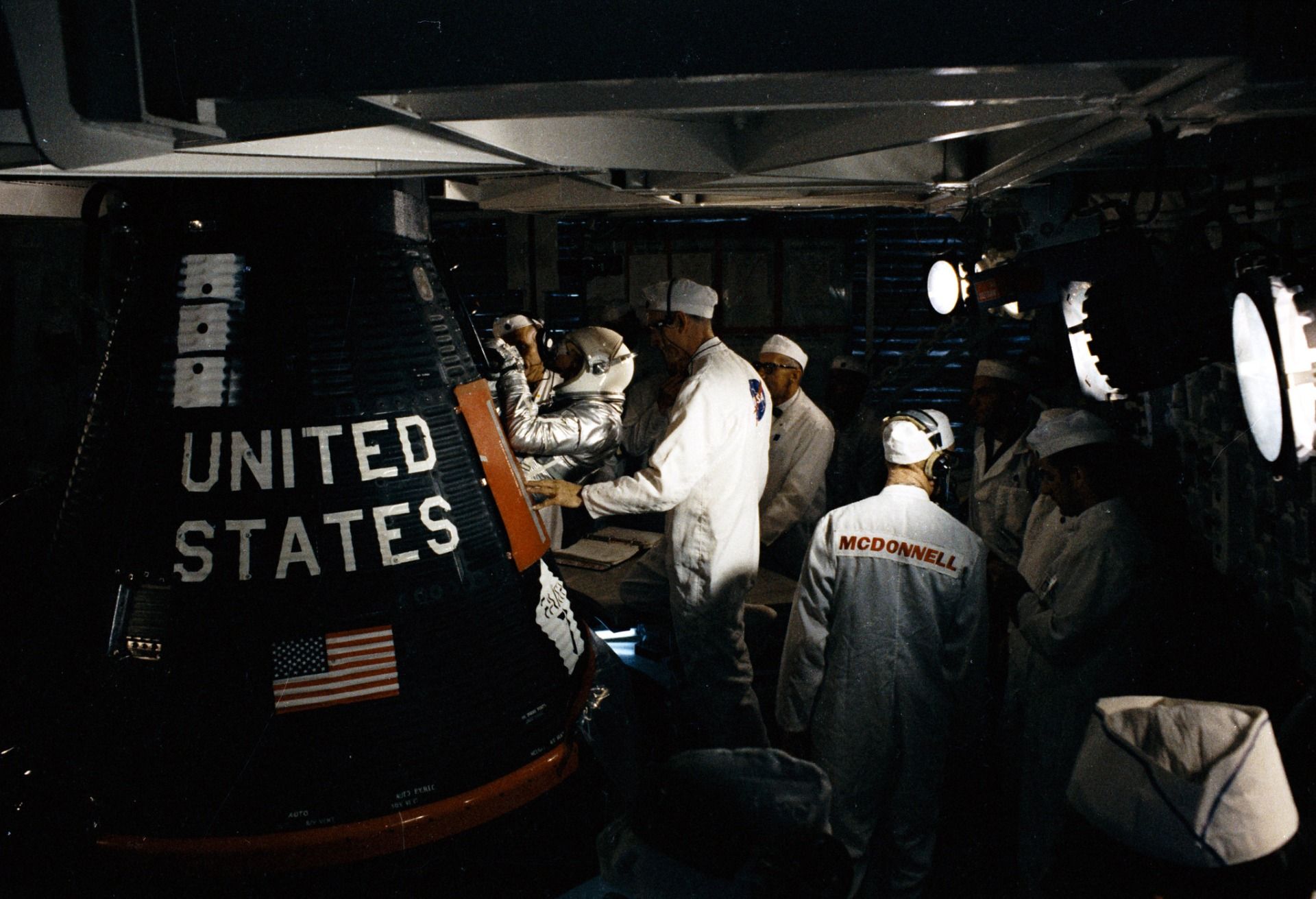 After a scrubbed launch the previous day, Faith 7 was launched at 8:04:13 AM on May 15, 1963. The launch was successful, and the Atlas rocket performance was overall excellent. After the Atlas separated from the spacecraft, Cooper watched the spent Atlas lag behind and tumble after turning around to orbit attitude. On the first orbit, Cooper was informed that the orbital parameters were good enough for at least 20 orbits, although he was only given the go for 7 orbits at this point.

Cooper checked his list of 11 scheduled experiments at the start of the third orbit. The first was to eject a six-inch (152 mm) diameter sphere, equipped with xenon strobe lights, from the spacecraft's nose. This specific experiment was designed to test his ability to spot and track a flashing beacon in orbit. Cooper heard and felt the beacon detach from the spacecraft but failed to see the flashing light on the nightside pass. However, he did spot the beacon and saw it pulsing on the fourth, fifth, and sixth orbits. 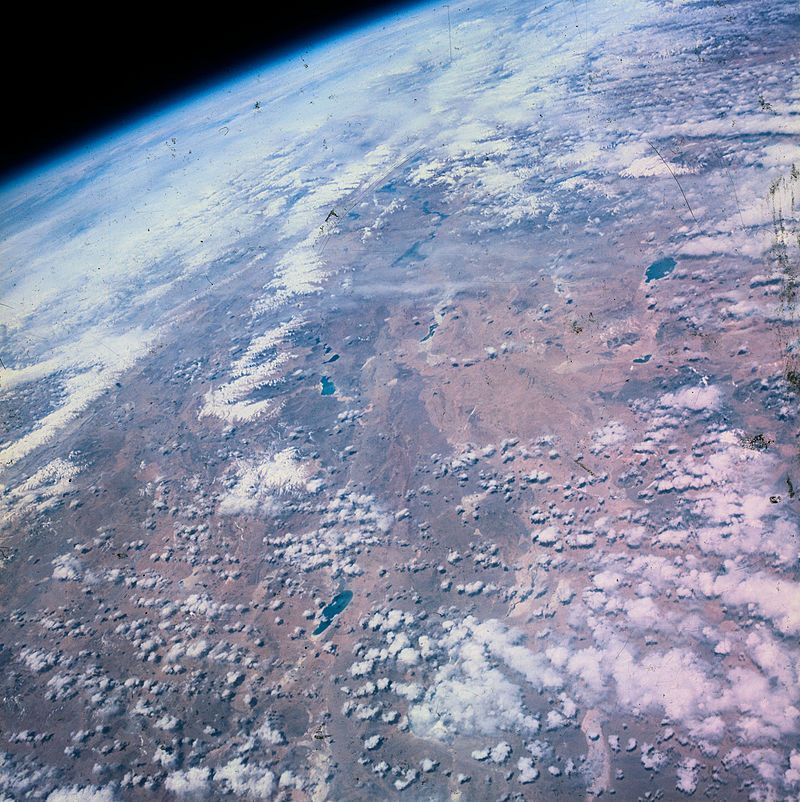 Cooper set up cameras during the sixth orbit, adjusted the spacecraft attitude, and set switches to deploy a tethered balloon from the spacecraft's nose. The 30-inch (762 mm) PET film balloon was painted fluorescent orange, attached to a 100-foot (30 m) nylon line from the antenna canister, and inflated with nitrogen. The purpose of this was to measure differences in atmospheric drag between the perigee and apogee and would be measured by a strain gauge in the antenna canister. Unfortunately, the balloon failed to eject despite several attempts.

After 10 hours in orbit, the tracking station in Zanzibar informed Cooper the flight was approved for 17 orbits. Cooper's rest period was scheduled for orbits 9 through 13. He had dinner, reported the spacecraft condition, and took pictures of Asia. During this time, he was not tired and, during the 9th orbit, took some of the best photos of his flight with shots of the Tibetan highlands and the Himalayas.

Cooper reported during the flight that he could see small villages, rivers, roads, and even some individual houses, depending on the light conditions. The two-person Gemini crews later confirmed this feat. Cooper slept the next six hours intermittently, during orbits 10 through 13. He woke from time to time, taped status reports, took more pictures, and adjusted his spacesuit temperature control, as it fluctuated between too hot and too cold frequently. 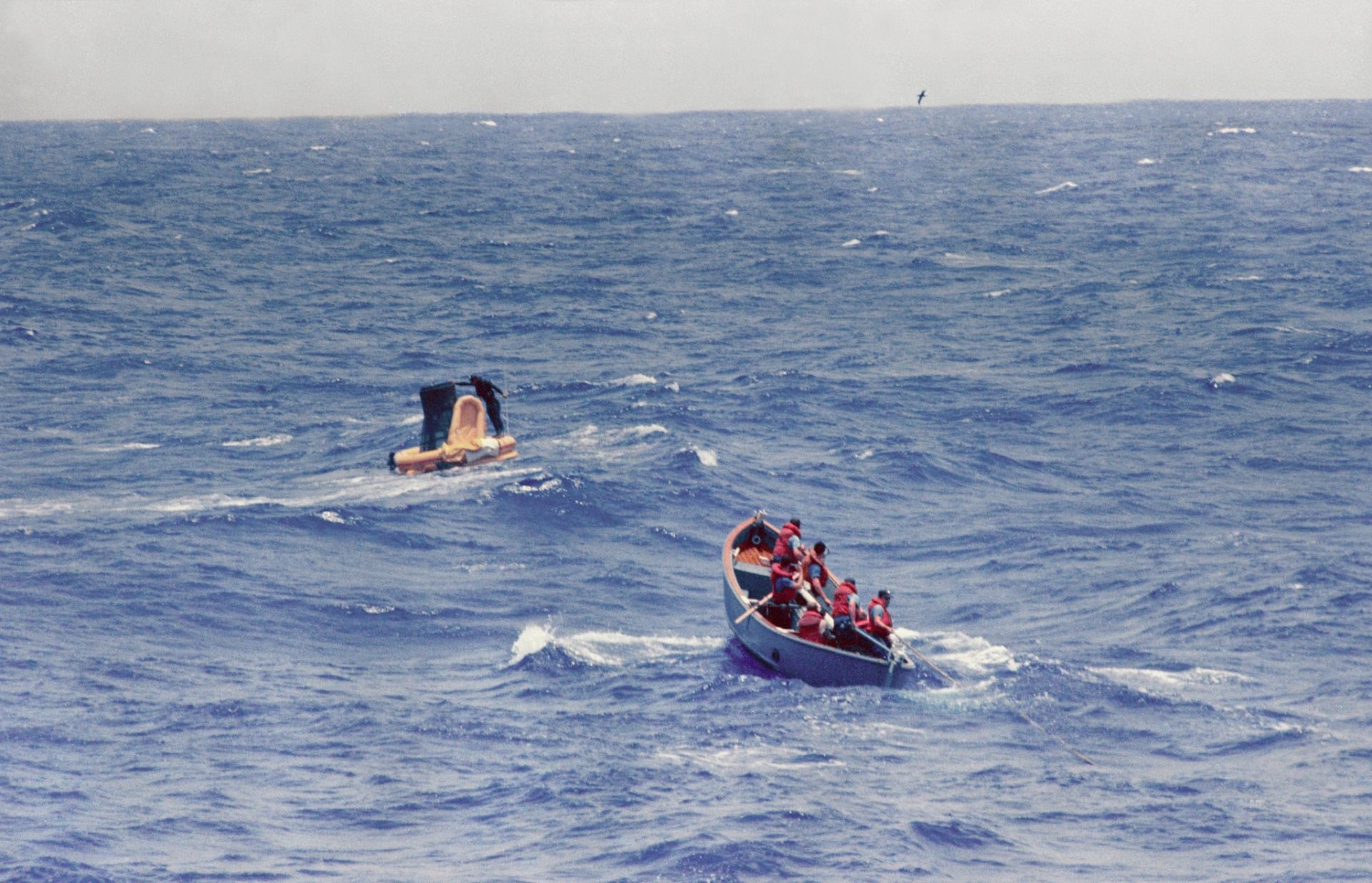 When he entered the night on the 16th orbit, Cooper pitched the spacecraft to follow the ecliptic plane slowly. He viewed the night airglow layer and zodiacal light through the spacecraft window. Cooper managed to take pictures of these two "dim light" phenomena from Zanzibar, across the Earth's nightside. Despite being overexposed, the pictures still contained valuable data. He also took photographs of North Africa, the Arabian peninsula, eastern India, Burma, the Himalaya region, and a few Pacific and Indian Ocean images.

Global weather conditions were extremely favorable during the flight, with most of the regions the spacecraft passed over dominated by high-pressure zones. In the three previous flights, only the Southwestern United States and Western Sahara were cloudless. However, haze and air pollution impeded visibility for Cooper, and he could see neither Calcutta nor Los Angeles despite passing over both due to smog.

Cooper took moonset Earth-limb pictures and infrared weather photos during the 17th and 18th orbits and resuming Geiger counter measurements of radiation. Nearing 30 hours since liftoff, Cooper sang during orbits 18 and 19 and marveled at Earth's greenery. However, the first sign of trouble appeared on the 19th orbit when a faulty indicator light turned on, and Cooper lost all attitude readings on the 20th orbit. A short-circuit occurred in the bus bar serving the 250-volt main inverter on the 21st orbit, which left the control system and automatic stabilization system without power. 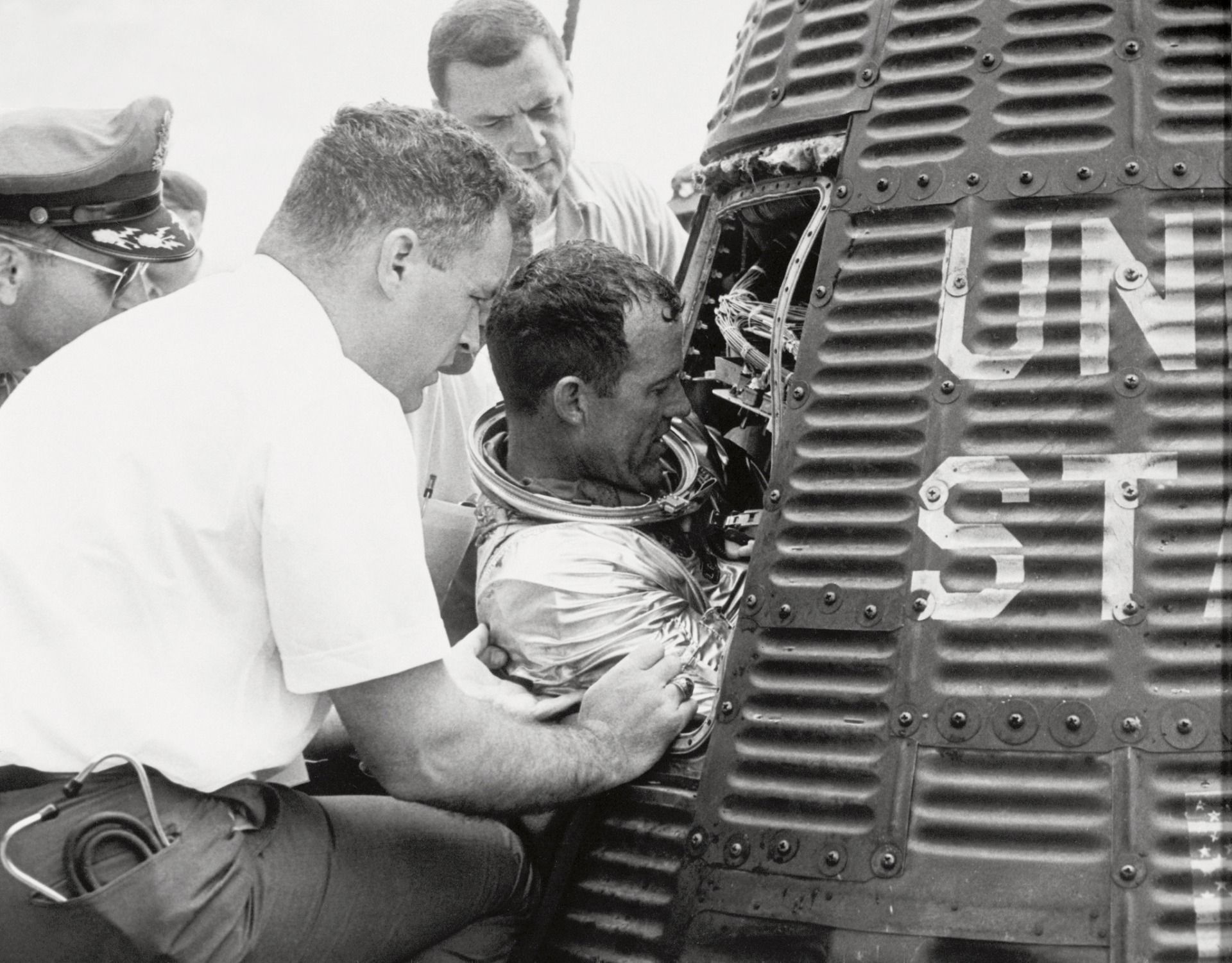 John Glenn, who was onboard the tracking ship Coastal Sentry Quebec near Japan, helped Cooper prepare a revised checklist for retrofire during the 21st orbit. Many of the retrofire checklist steps would have to be done manually due to system malfunctions. Only Zanzibar and Hawaii were in radio range on this last orbit, but communications were good. Cooper noted during this time that the carbon dioxide level was rising in the cabin and his spacesuit. Cooper contacted Glenn again at the end of the 21st orbit and reported the spacecraft holding manually in retro attitude. Glenn gave the go-ahead and countdown to retrofire; Cooper kept the spacecraft aligned at a 34° pitch down angle and manually fired the retrorockets.

Faith 7 splashdown was 34 hours, 19 minutes 49 seconds after liftoff, and landed just four miles (6 km) from the recovery ship, USS Kearsarge, fifteen minutes after retrofire. Despite the lack of automatic controls, this was the most accurate landing to date. Helicopters dropped rescue swimmers and relayed Cooper's request for permission to be hoisted aboard the Navy's carrier, which was granted. The explosive hatch blew open forty minutes later on the deck of Kearsarge, where Cooper was greeted warmly.

There was a debate on if they should fly one more Mercury flight after the mission ended. It was to be a 48-orbit, three-day mission flown by Alan Shepard. However, NASA officials decided it was time to move on to Project Gemini.