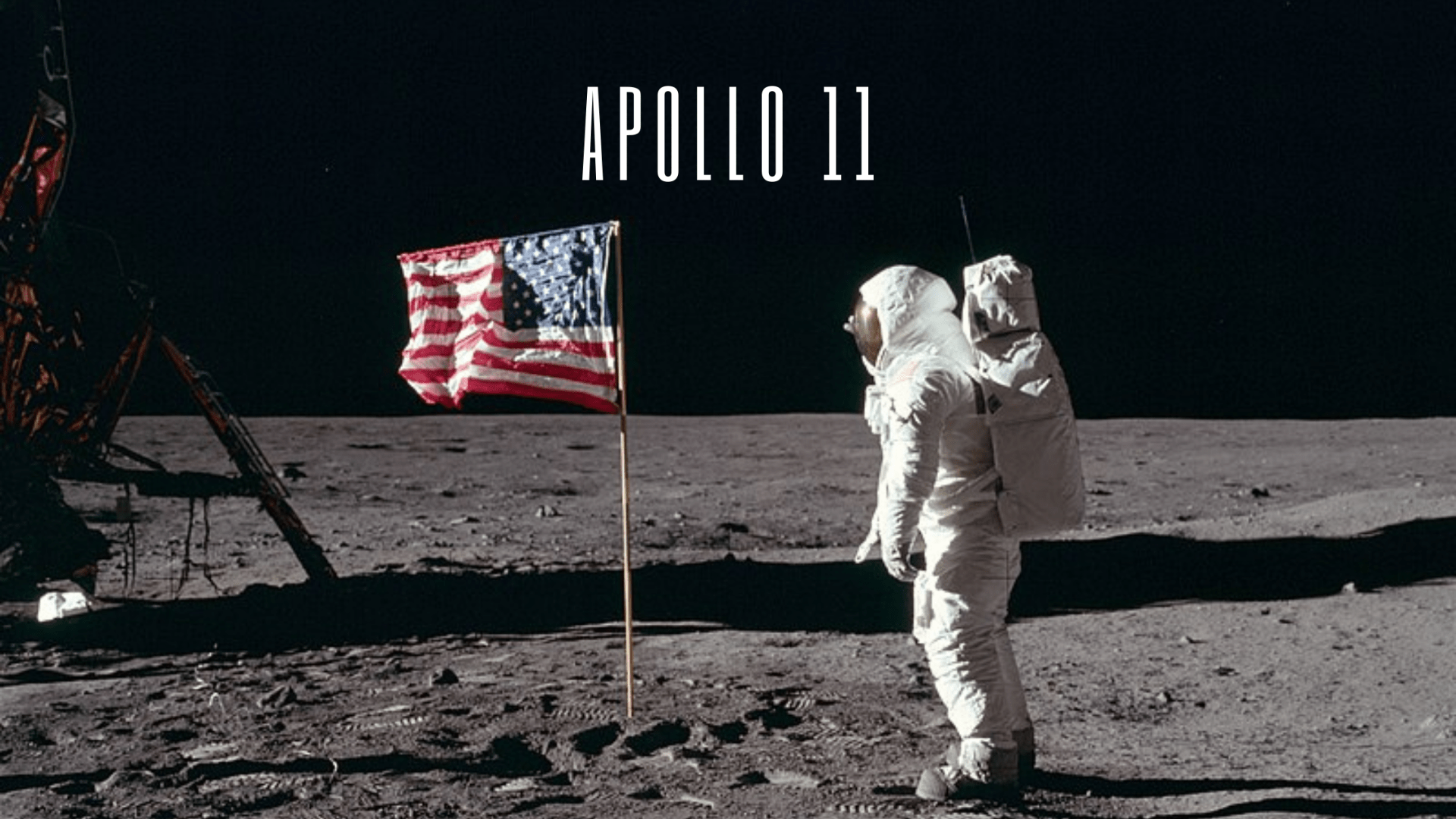 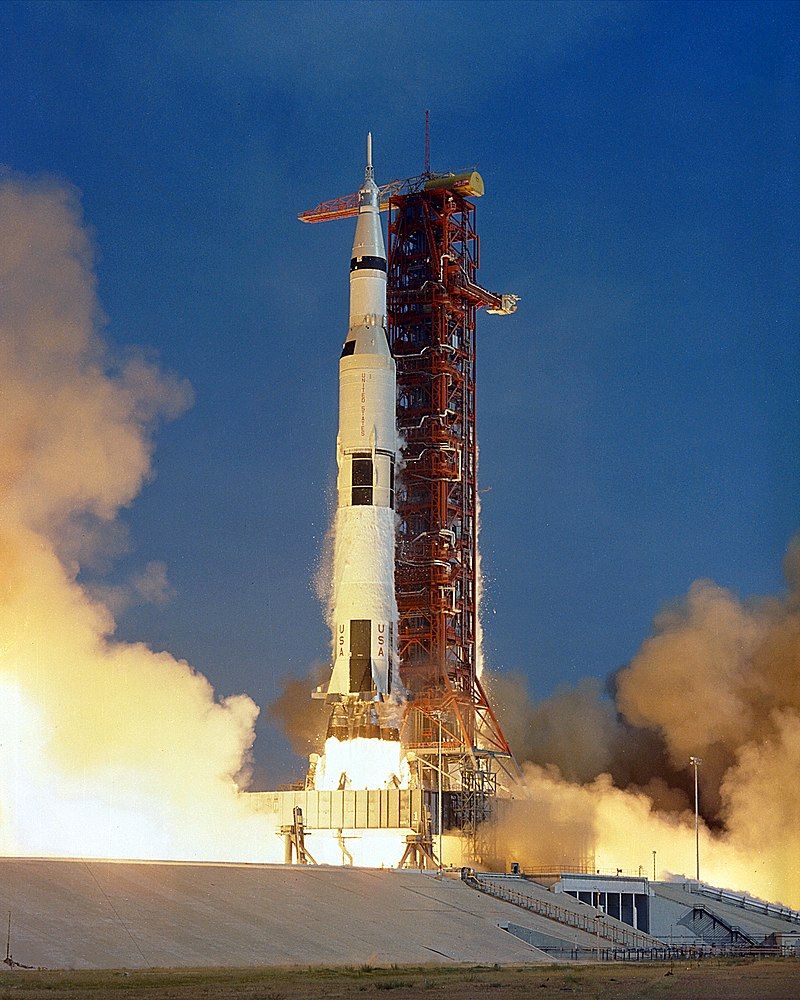 The S-IVB stage separated just over four and a half hours into the flight. One-and-a-half revolutions and nearly 3 hours after launch, the S-IVB stage reignited for a second burn that placed Apollo 11 into a translunar orbit. After this, the Columbia command and service module (CSM) and the Lunar module (LM) Eagle separated from the stage. After transposition and jettisoning the spacecraft-lunar module adapter (SLA) panels on the S-IVB stage, the CSM docked with the LM.

Apollo 11 had its first color TV transmission to Earth during the translunar coast period. A three-second SPS burn was made to perform a scheduled midcourse correction on July 17. Armstrong and Aldrin donned their spacesuits on July 18, climbed from Columbia to Eagle to check out the LM, and made the second TV transmission. 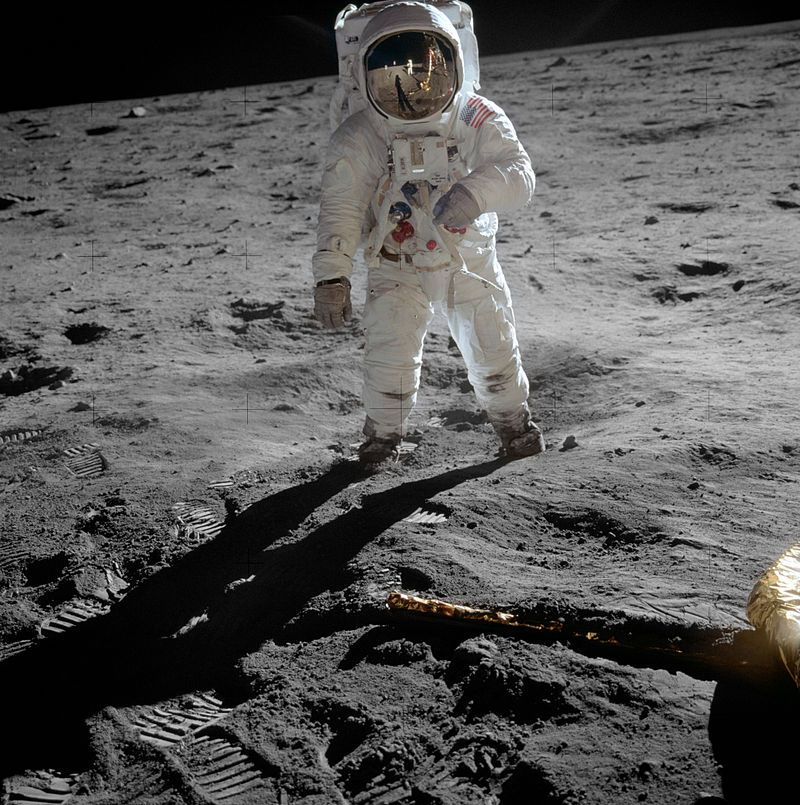 After Apollo 11 had flown out of contact with Earth on July 19, the first lunar orbit insertion maneuver occurred. Just shy of 76 hours into the flight, a retrograde firing placed the spacecraft into an initial, elliptical-lunar orbit. Later, a second SPS burn placed the docked vehicles into a more circular lunar orbit which changed the orbit of the CSM. The change was required for subsequent LM rendezvous and docking after the lunar landing. Another TV transmission was made before this second SPS firing.

Armstrong and Aldrin entered the LM again on July 20, made a final check, and just over 100 hours into the flight, the Eagle LM undocked from Columbia for visual inspection. 101 hours and 13 orbits into the flight, the LM descent engine fired for 30 seconds and provided retrograde thrust to commence descent orbit insertion. When the LM was about 300 miles up range, powered descent initiation began. The LM was approximately 26,000 feet above the surface after eight minutes and about five miles from the landing site. Armstrong manually piloted part of the descent, and the Eagle LM landed in the Sea of Tranquility, just about four miles downrange from the predicted touchdown point.

The flight plan had the first EVA beginning after a four-hour rest period, but the flight plan was changed to have the EVA begin immediately. However, almost four hours after touching down on the lunar surface, Armstrong emerged from the Eagle and deployed the TV camera to transmit the event to Earth. The camera was positioned on a tripod about 30 feet from the LM. Nearly 110 hours after launch, Armstrong stepped onto the Moon. About 20 minutes later, Aldrin followed him. President Nixon spoke by telephone with the astronauts half an hour later.

Commemorative medallions with the names of the three Apollo 1 astronauts who lost their lives in a launchpad fire, and two cosmonauts who also died in accidents, were left on the Moon's surface. A one-and-a-half-inch silicon disk containing microminiaturized goodwill messages from 73 countries and the names of congressional and NASA leaders was also left on the surface.

During the EVA, Aldrin deployed the Early Apollo Scientific Experiments Package (EASEP) experiments, and both astronauts gathered and reported on the lunar surface samples. The entire EVA lasted more than two-and-a-half hours, and after Aldrin had spent nearly an hour and a half on the surface, he re-entered the LM, followed by Armstrong 41 minutes later.

Armstrong and Aldrin and Armstrong spent nearly a full day on the Moon's surface, 21 hours in total, and after a rest period, the ascent stage engine fired 124 hours into the flight. It was shut down when the Eagle reached an initial orbit when Columbia was on its 25th revolution around the Moon. Docking occurred on Columbia's 27th orbit at 128 hours into the mission. Aldrin and Armstrong returned to the CSM with Collins. The LM was jettisoned four hours later.

Re-entry procedures were initiated 44 hours after leaving lunar orbit on July 24. The Command Module (CM) separated from the Service Module (SM), and the CM was re-oriented, so the heat shield was facing forward. The parachute was deployed at 195 hours into the mission, and Apollo 11 splashed down in the Pacific Ocean minutes later, only 13 miles from the USS Hornet, the primary recovery ship.