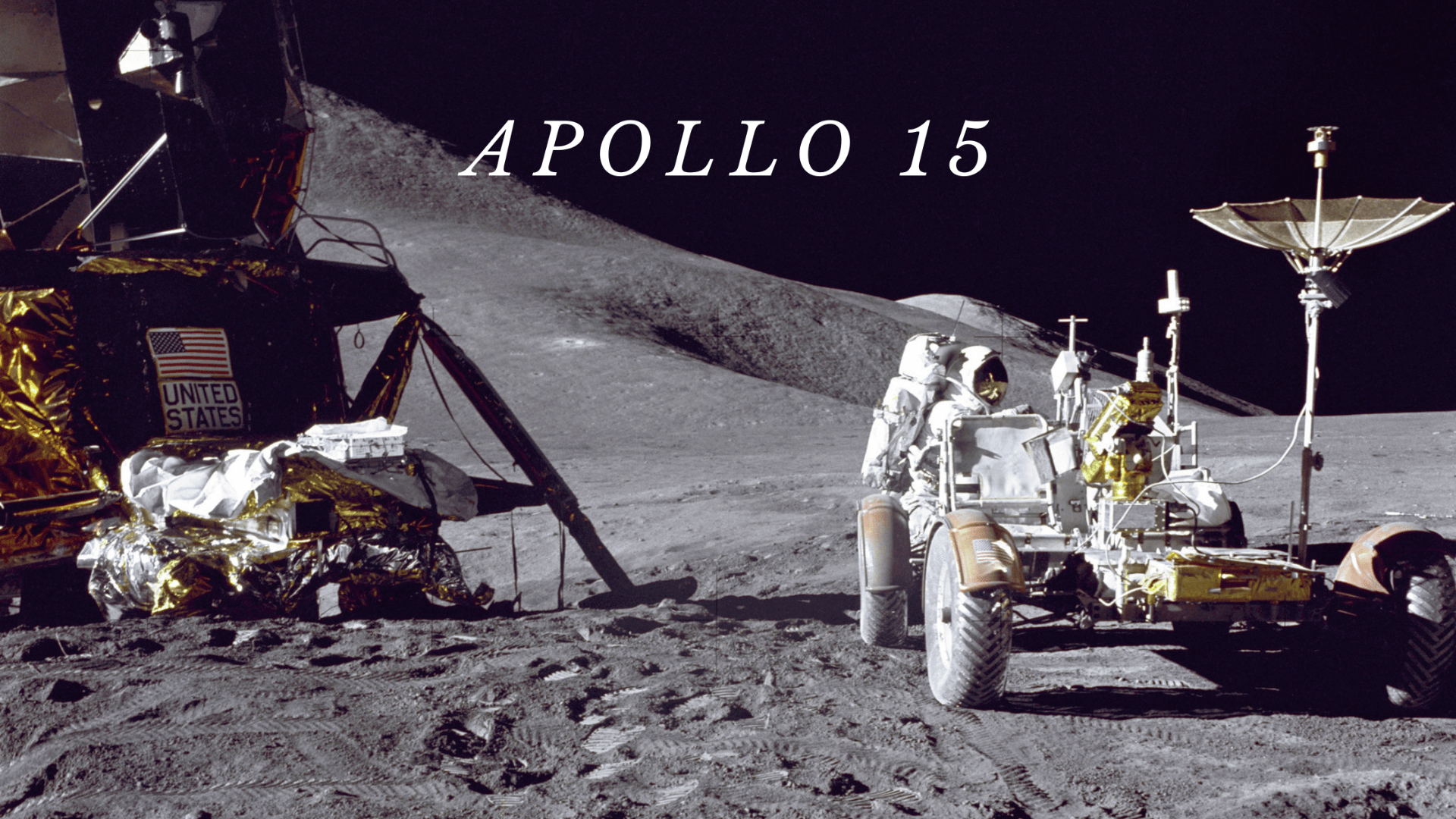 Apollo 15 was the first Apollo "J" mission capable of staying longer on the Moon with greater surface mobility due to the addition of the Lunar Rover. The four primary objectives were to set up and activate lunar surface scientific experiments, explore the Hadley-Apennine region, conduct lunar orbital experiments and photographic tasks, and make engineering evaluations of new Apollo equipment.

Apollo 15 launched from Cape Canaveral on July 26, 1971, only 187 milliseconds off schedule, with Command Module Pilot Alfred Worden, Commander David Scott, and Lunar Module Pilot James Irwin. A minor problem involving a short circuit in a service propulsion engine, or SPS engine, happened early in the mission, but the firing switch was successfully cleared. 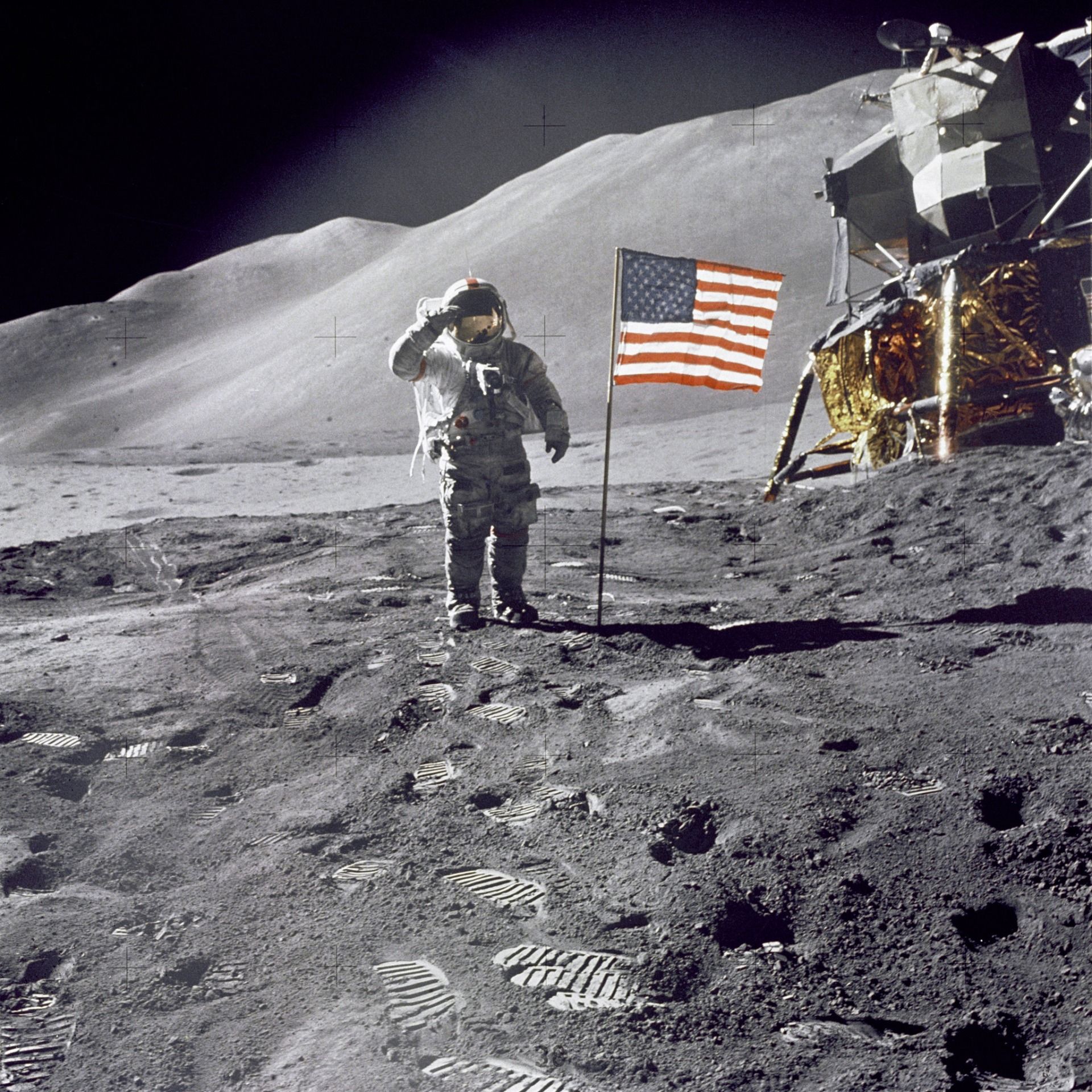 On the fourth day of the mission, astronauts James Irwin and David Scott flew the Lunar Module Falcon to a perfect landing on July 30, about 1,500 feet Northeast of the targeted landing point near Salyut crater. The landing approach over the Apennine Range, one of the highest on the Moon, was at an angle of 26 degrees, making it the steepest approach to an Apollo mission. The astronauts drove 17.5 miles in the first car on the Moon that humans operated from the inside, obtained a core sample from about 10 feet beneath the lunar surface, and set up the Apollo Lunar Surface Experiments Package (ALSEP) array during the EVAs. They also collected more than 170 pounds of lunar samples and provided extensive photographic documentation and oral descriptions of geologic features in the vicinity of the landing site. During three extravehicular activity periods or EVAs, the astronauts completed a record 18 hours and 37 minutes of exploration.

Geological investigations and exploration at the Hadley-Apennine landing site were enhanced by adding the Lunar Roving Vehicle, or LRV. Orbital science experiments were concentrated in various instruments and cameras in the scientific instrument module, or SIM, bay. Engineering and operational objectives included evaluating modifications to the LM made for carrying a heavier payload and for an extended lunar stay time of almost three days. They also assessed the changes made to the Apollo spacesuit and the portable life support system, or PLSS, and the Lunar Roving Vehicle performance, and the other new J-mission equipment that went with it. This included the lunar communications relay unit (LCRU) and ground-controlled television assembly (GCTA). 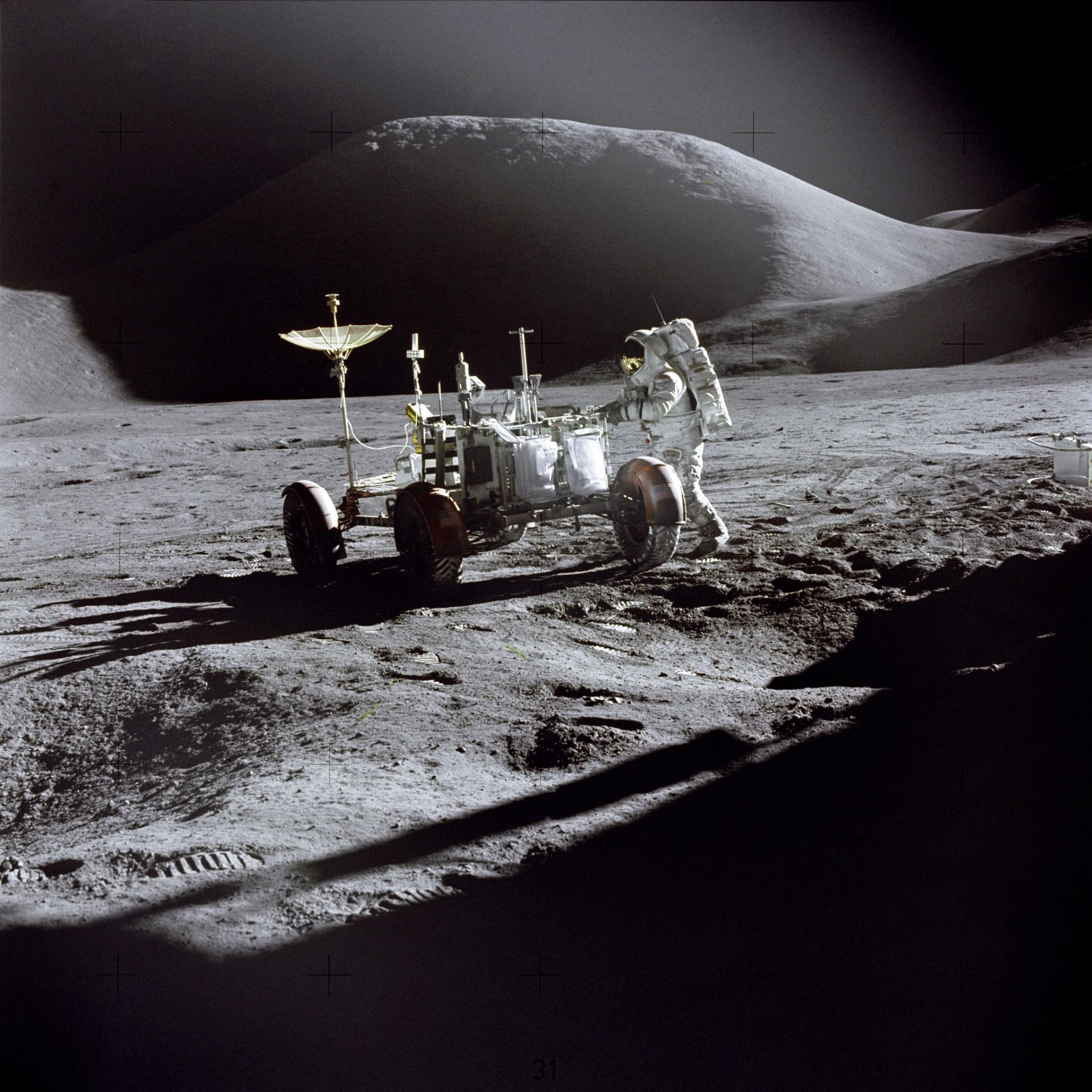 LM Falcon lifted off the Moon on August 2 for its rendezvous with the command module (CM) Endeavor. The lunar liftoff was seen on Earth for the first time via the LRV television camera. The two spacecrafts docked as CM Endeavour began its 50th orbit of the Moon. Another major objective for the mission involved launching a Particles and Fields, or P&F, subsatellite into lunar orbit, which occurred on the 74th revolution. It was designed to investigate the Moon's mass and gravitational variations, the interaction of the Moon's magnetic field with that of Earth, and the particle composition of space near the Moon.

On August 4, a 2-minute SPS burn put Apollo 15 on its path back to Earth during the next revolution. Alfred Worden became the first person to carry out a deep space EVA on August 5 when he exited the CM, climbed toward the rear of the service module, retrieved film cassettes from the SIM bay cameras, and then returned to the CM. The entire EVA was completed in 18 minutes. Apollo 15 splashed down on August 7, 1971, in the Pacific Ocean around 335 miles North of Honolulu, twelve days after launch. The astronauts were picked up 6.32 miles from the targeted touchdown point by the prime recovery ship, the USS Okinawa. During the final descent stages, the crew and shipboard observers noted one of the parachutes became only partially inflated, resulting in the CM splashing down at nearly 22 mph instead of the expected 19 mph. 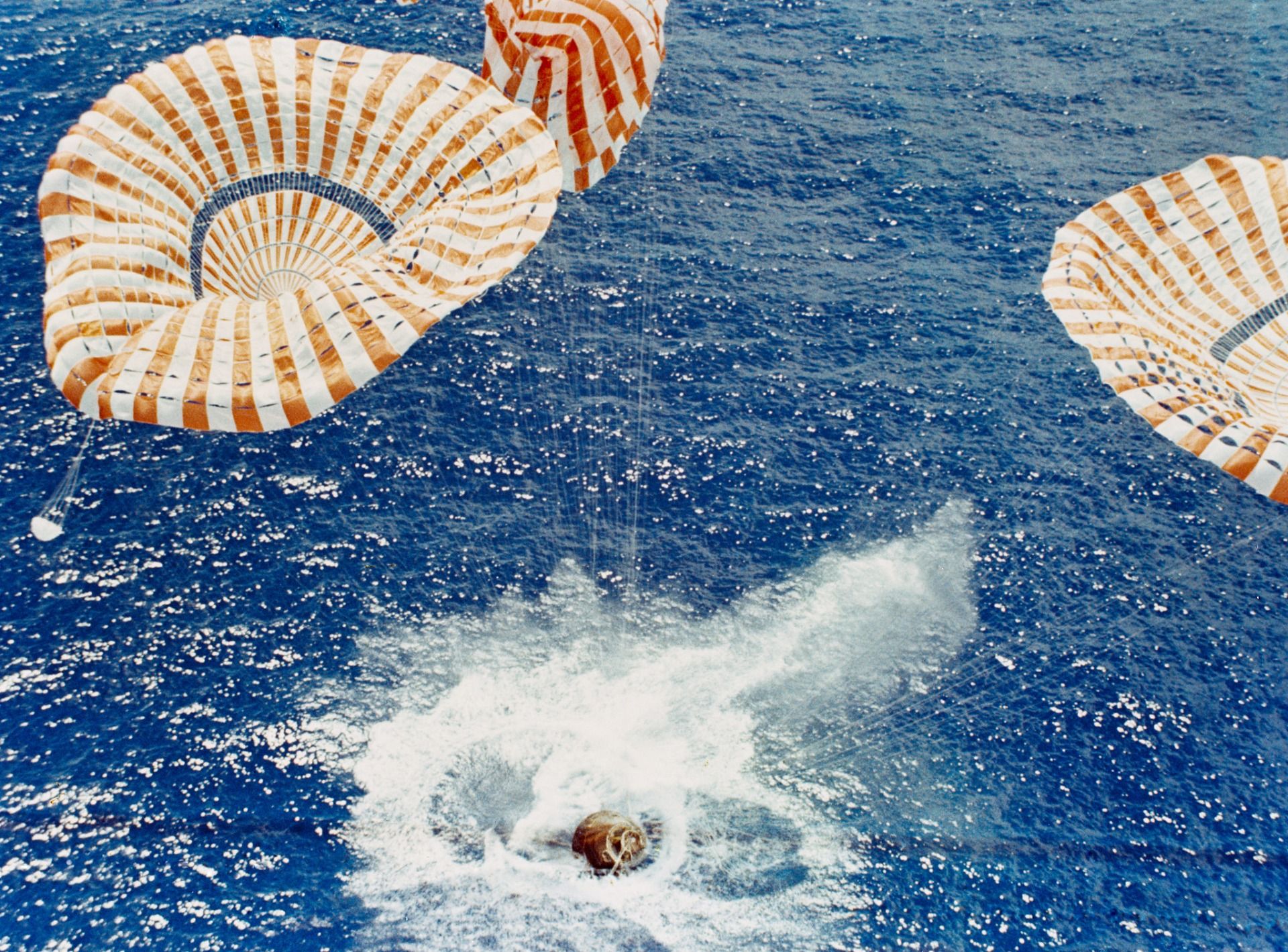 Apollo 15 set many records for crewed spaceflights. The mission had the heaviest payload in a lunar orbit (approximately 107,000 lbs). The maximum radial distance traveled on the lunar surface from the spacecraft was about 17.5 miles compared to the previous high of 2.1 miles Apollo 14. Apollo 15 also saw the first deep space and operational EVA and the first satellite placed in lunar orbit by a crewed spacecraft. The mission also had the longest crewed lunar mission (295 hours), the longest total duration of lunar surface EVAs (18 hours, 37 minutes), longest Apollo mission (295 hours), the longest time in lunar orbit (about 145 hours), and had the most lunar surface EVAs (three).