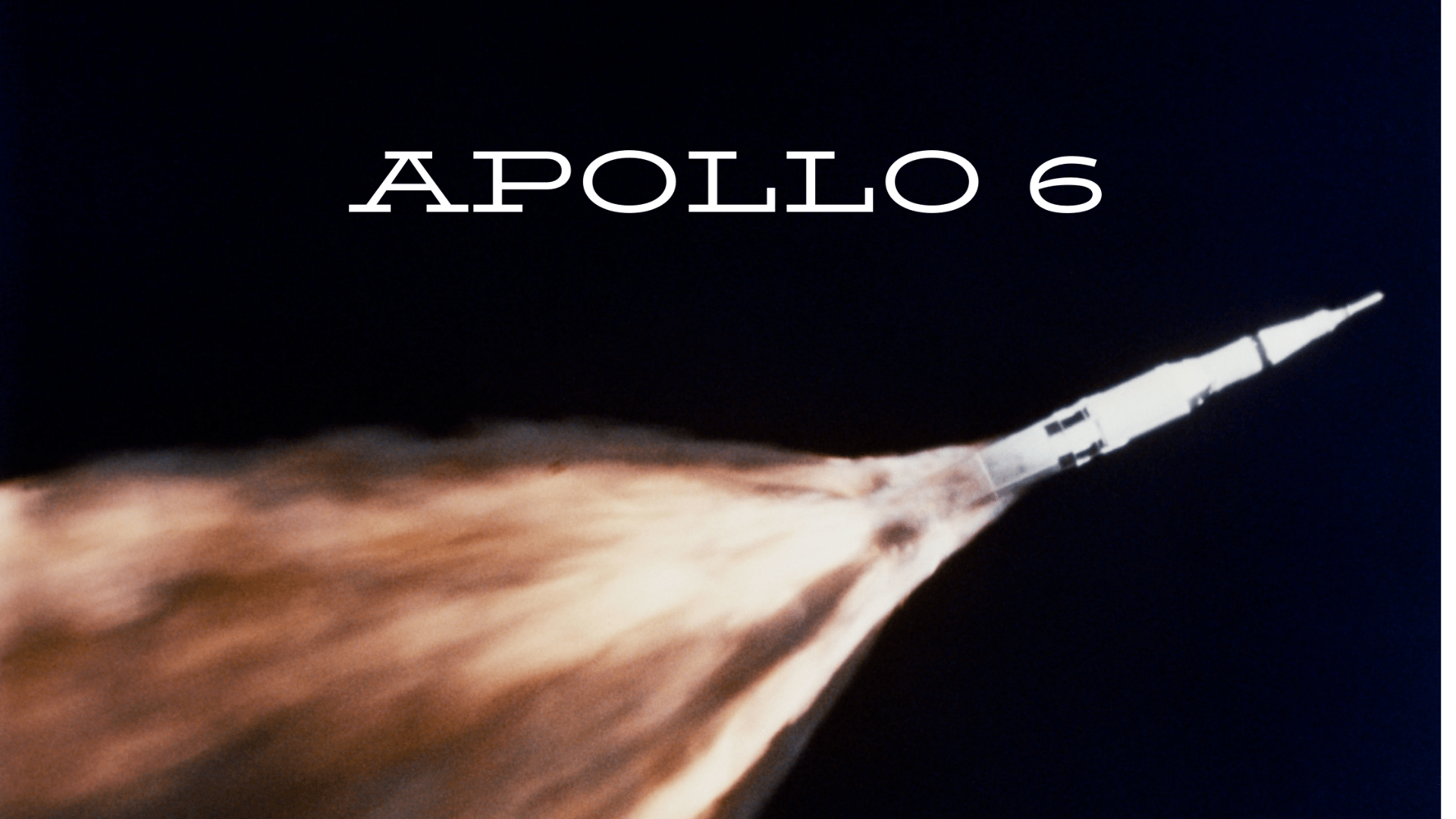 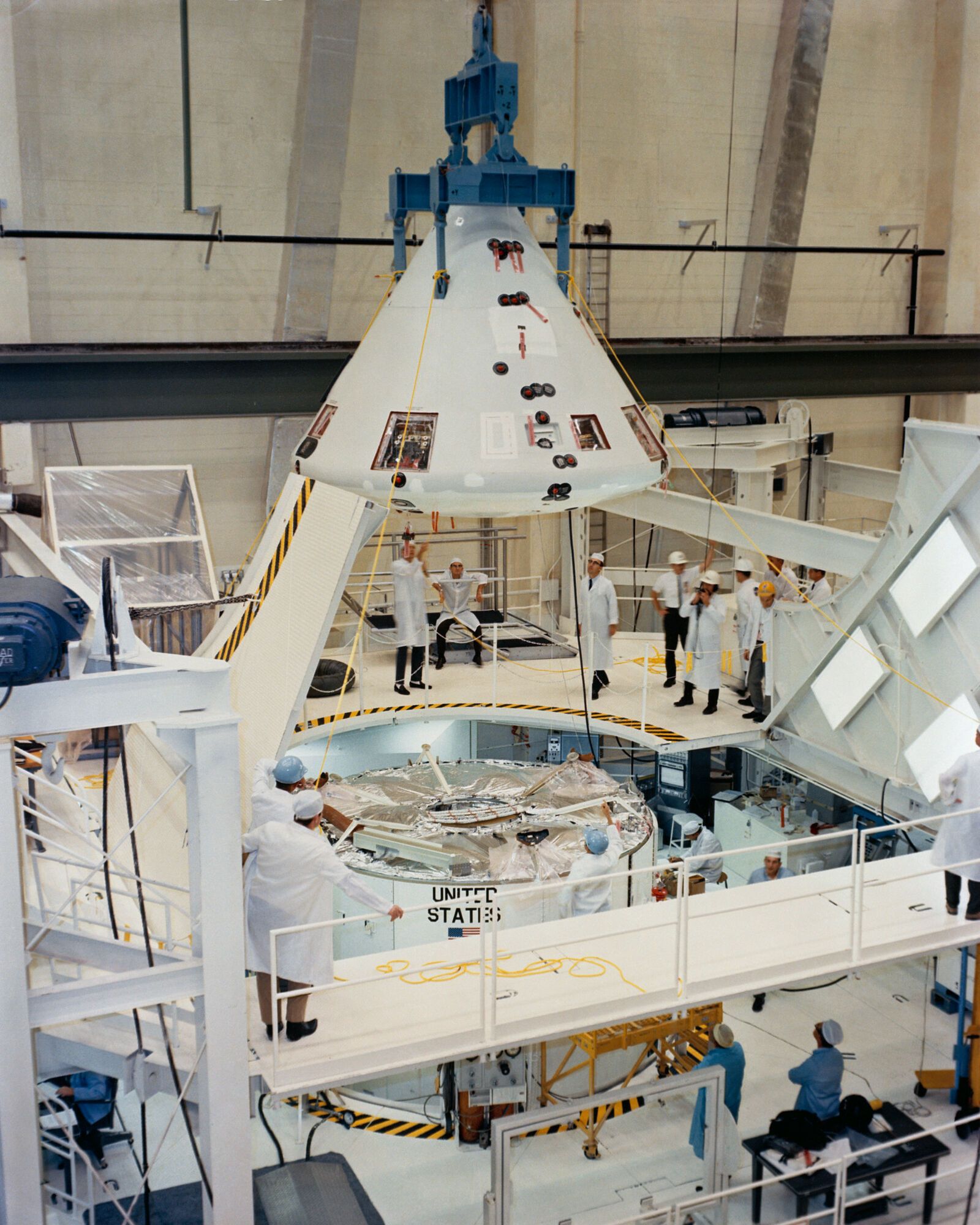 Apollo 6 was the second A-type mission of the United States Apollo program, which launched on April 4, 1968. Apollo 6 was an uncrewed test of the Saturn V launch vehicle and the final uncrewed Apollo test mission. The flight test's objectives were to demonstrate the Saturn V trans-lunar injection capability with a simulated payload that was just around 80% of a full Apollo spacecraft. The other objective was to repeatedly demonstrate the command module's (CM) lunar re-entry heat shield capability. The flight plan included a direct return abort using the command and service module's (CSM) main engine.

Apollo 6 was supposed to send a CSM, a simulated lunar module (LM) with mounted structural vibration sensors, and a Lunar Module Test Article (LTA) into a translunar trajectory. However, the Moon was not in position for a translunar flight, and the SM engine was fired to slow the craft. This caused the CSM to return to Earth, simulating a "direct-return" abort. The engine fired once more on the return leg to accelerate the craft to simulate the nominal lunar return trajectory. This was supposed to test the launch vehicle's ability to send the whole Apollo spacecraft to the Moon and test the stresses on the LM and the entire Saturn V's vibration modes with near-full loads. 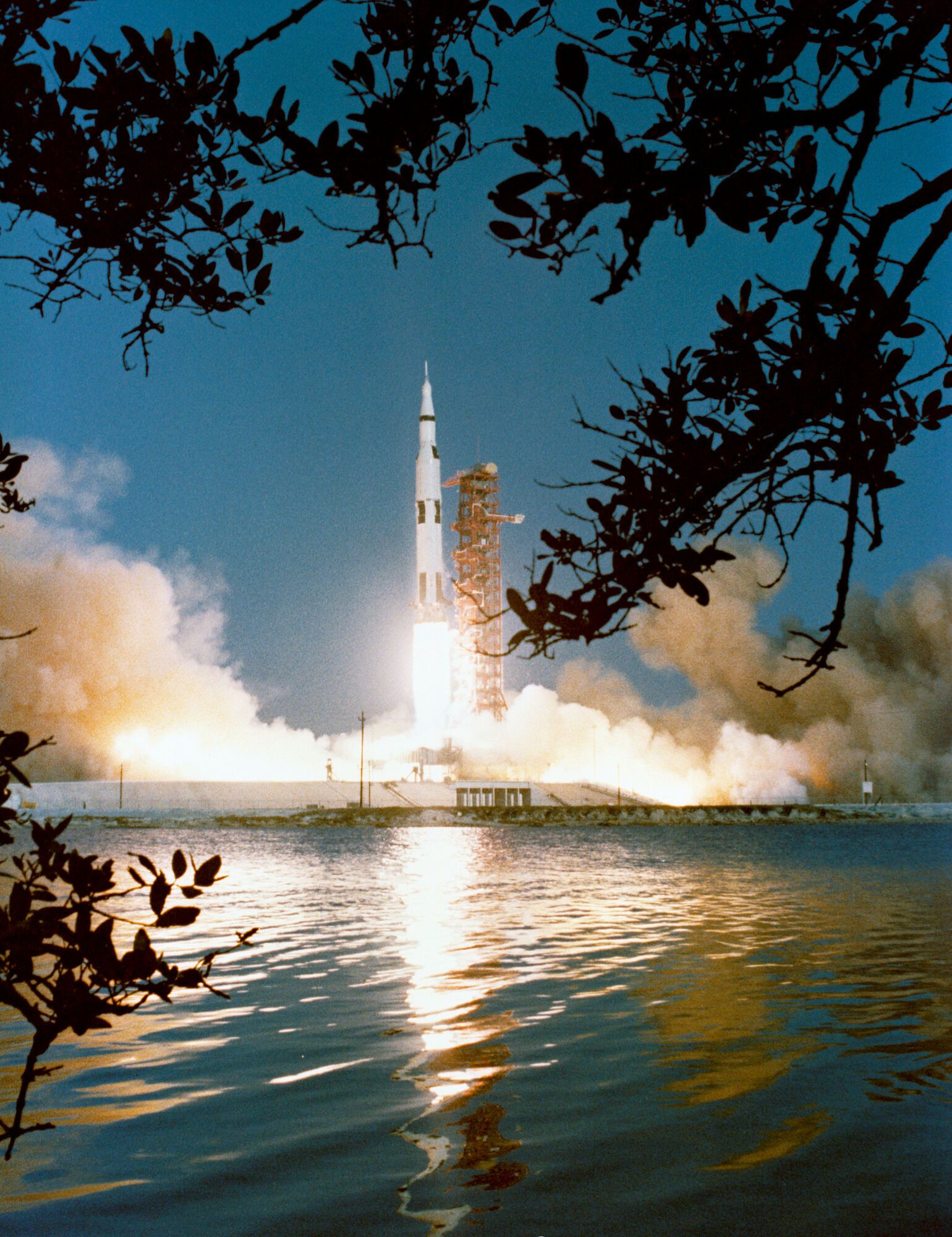 Unlike the nearly perfect Apollo 4 flight, problems occurred right from the start for Apollo 6. Severe pogo oscillations occurred for about 30 seconds two minutes into the flight. Additionally, the S-II second stage began to experience problems after the first stage was jettisoned. Engine two experienced performance problems starting 225 seconds after liftoff, which abruptly worsened until it was shut down. Engine number three shut down as well two seconds later. The internal computer was able to compensate for these losses, and the remaining three engines burned for 58 seconds longer than usual.

The pogo oscillation caused damage to the engines and ruptured internal fuel lines, which caused the failures. However, this caused the parking orbit to be more elliptical than initially planned. The damage caused in the third-stage engine also failed to restart for trans-lunar injection. Flight controllers at this point elected to repeat the previous Apollo 4 test's flight profile, using the service module (SM) engine to achieve a high orbit and high-speed return.

Ten short hours after launch, Apollo 6 landed 80 km (43 nmi) from the planned splashdown point and was recovered by the USS Okinawa. The orbit of S-IVB decayed three weeks later and reentered Earth's atmosphere on April 25, 1968.

Despite Apollo 6 not reaching full translunar velocities in either direction, the mission was considered successful enough to approve human spaceflight for the next Saturn V flight. Considering Apollo 4 had already demonstrated S-IVB restart and tested the heat shield at full lunar re-entry velocity, the potential third uncrewed flight was canceled. The next Saturn V flight was tasked with sending astronauts into lunar orbit instead of the previously-planned Earth orbit. The next Apollo flight, Apollo 7, did not use a Saturn V launch vehicle and was used first to test the crewed capability of Apollo in  Earth orbit.

While the engine failures experienced on Apollo 6 would have resulted in an abort of a crewed lunar mission, NASA considered the flight an invaluable engineering shakedown of the launch vehicle. No similar significant failures occurred on any of the eleven subsequent Saturn V flights.