Gemini 9A | The Space Collective 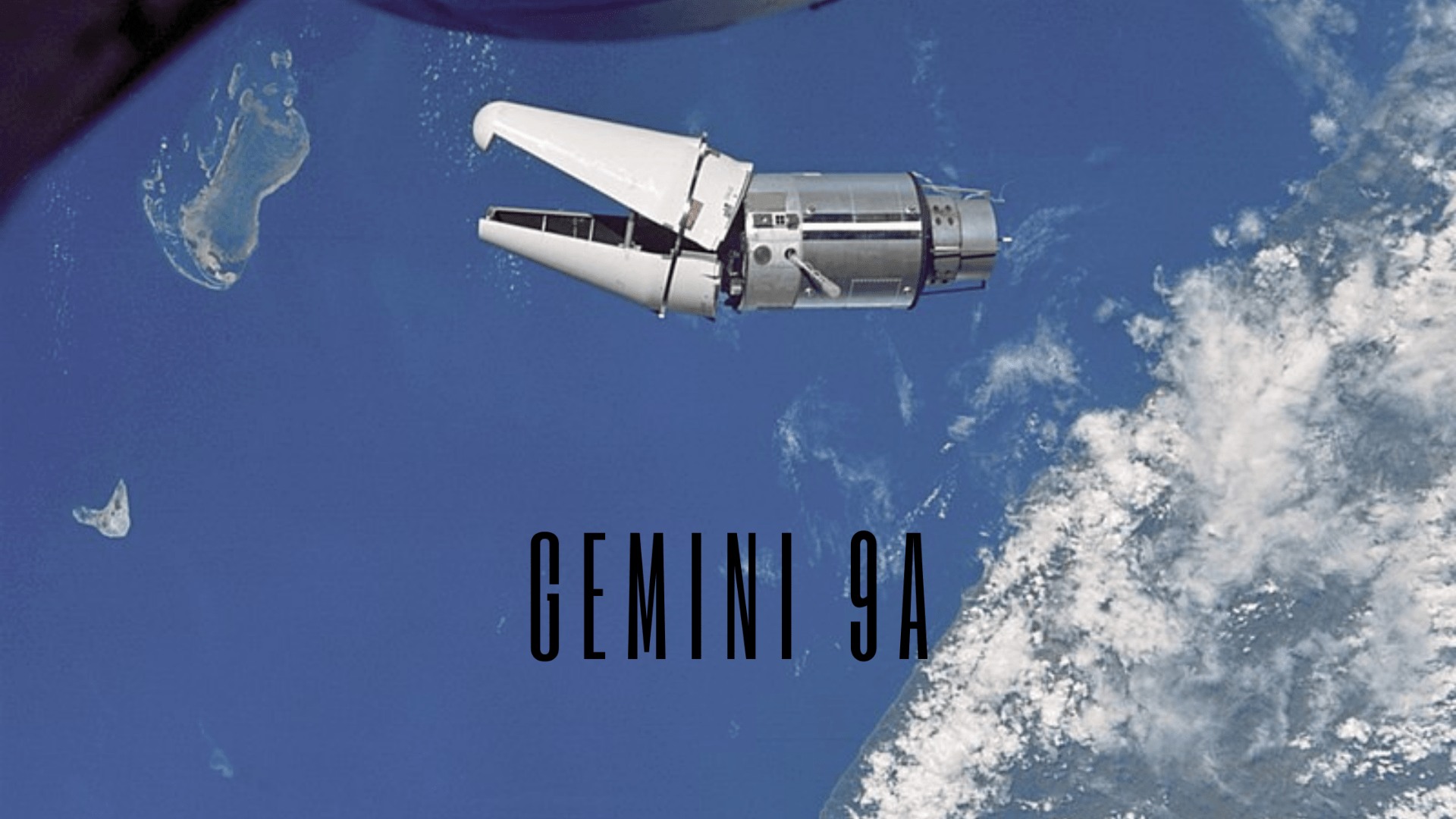 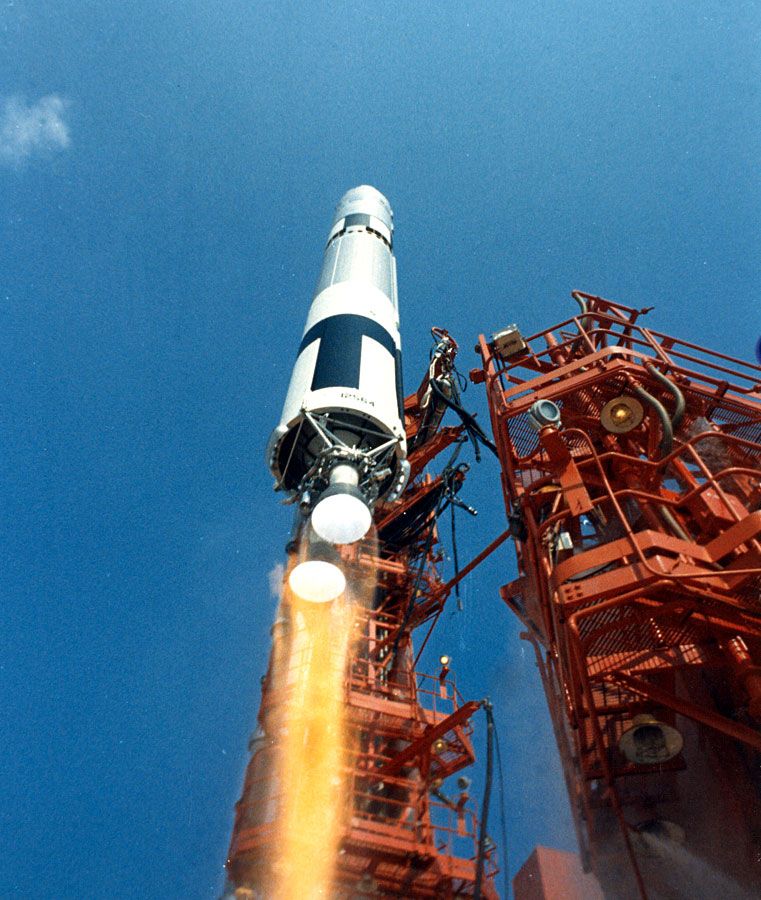 Gemini IX-A was a 1966 crewed spaceflight in NASA's Gemini program. The mission was renamed Gemini IX-A after the original launch was scrubbed due to the Agena Target Vehicle being destroyed. The mission took place from June 3–6, 1966, after the backup Augmented Target Docking Adaptor (ATDA) launch and was flown by astronauts Thomas A Stafford and Eugene Cernan.

The first objective of the Gemini XI mission was to dock with the Agena Target Vehicle, replicating the success of the Gemini VIII mission. However, this proved to be impossible because of a launch preparation error on the Agena. The second objective was a planned extravehicular activity (EVA) by Cernan while using the AMU. However, this objective was also not achieved because of the high cardiac stress, fatigue, and overheating Cernan experienced during his EVA. The third objective was to measure the astronauts' reactions to stress by carrying out several scientific experiments.

The June 3 launch of the Gemini IX spacecraft went perfectly, with the spacecraft entering into orbit. The astronauts established radar contact with the ATDA when they were 240 km (150 mi) away and established had a solid lock shortly after at 222 km (138 mi) away. They were able to see the Agena target vehicle for the first time when they were 93 km (58 mi) away, 3 hours and 20 minutes into the mission. The crew noted they could see the flashing strobe lights designed to aid identification from a distance on the target. This gave them hope that that the telemetry was wrong and the launch shroud had been jettisoned. However, as they got closer, they found the ATDA had the conical nose shroud still attached, with the two pieces hanging open at the front like a giant jaw. Stafford described it as looking like an angry alligator. He suggested using the spacecraft to open the 'jaws,' but ground control decided against it after concerns that it could cause damage to the spacecraft. 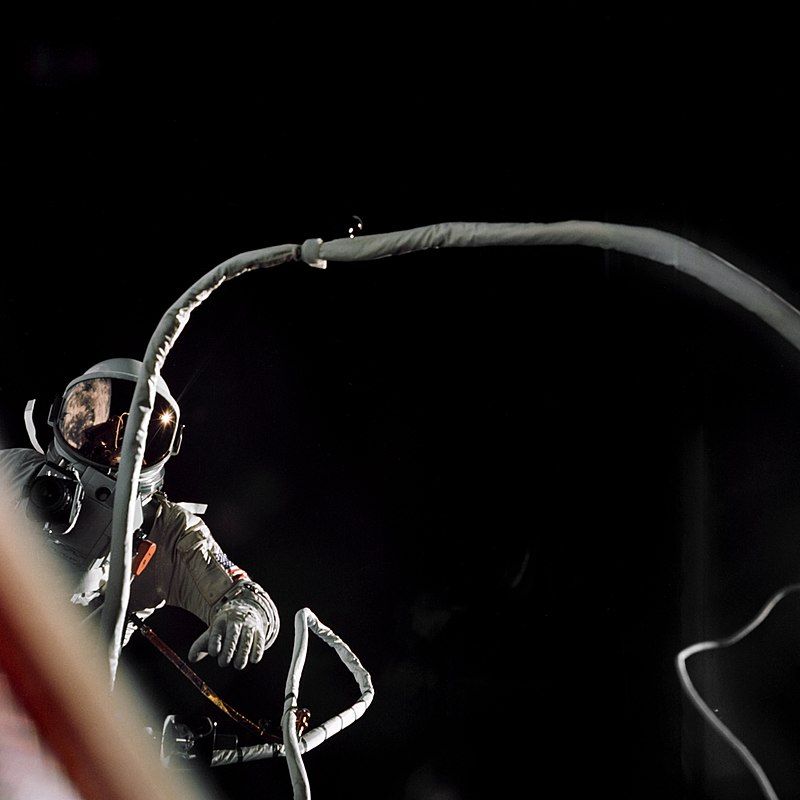 They again approached the ATDA on the second day of the mission, but this time from above. They were permitted to proceed with their EVA once they were stationkeeping alongside the ATDA. However, they were tired, and Stafford decided against wasting the fuel it would take to keep them near the target vehicle during the EVA, and the EVA was postponed until the third day.

Cernan began the EVA on the third day, which proved to be problematic from the start. The suit became unmanageably stiff after pumping up his pressure suit to the recommended pressure. He struggled to move inside the suit, and he began tumbling uncontrollably as soon as he left the spacecraft, which was not helped by his umbilical, which moved wildly and gave Cernan difficulty controlling his movements. He eventually was able to make it to the hatch area. Cernan slowly climbed to the rear of the spacecraft, where the AMU was stored, as he was scheduled to test the AMU with its own propulsion, stabilization system, oxygen, and telemetry for biomedical data and systems. While he was hooking himself up to the backpack and disconnecting himself from the capsule umbilical, his heart rate rose to about 155 bpm.

The lack of hand and footholds also made him unable to gain any leverage. Additionally, Cernan later described the spacesuit as having the flexibility of a rusty suit of armor. This made everything take much longer than expected and made it hard for him to turn valves or perform any basic movements. The suit's lack of flexibility caused Cernan to become very tired. During the EVA, his pulse soared to about 180 bpm causing the medical professionals on the ground to fear he would pass out. 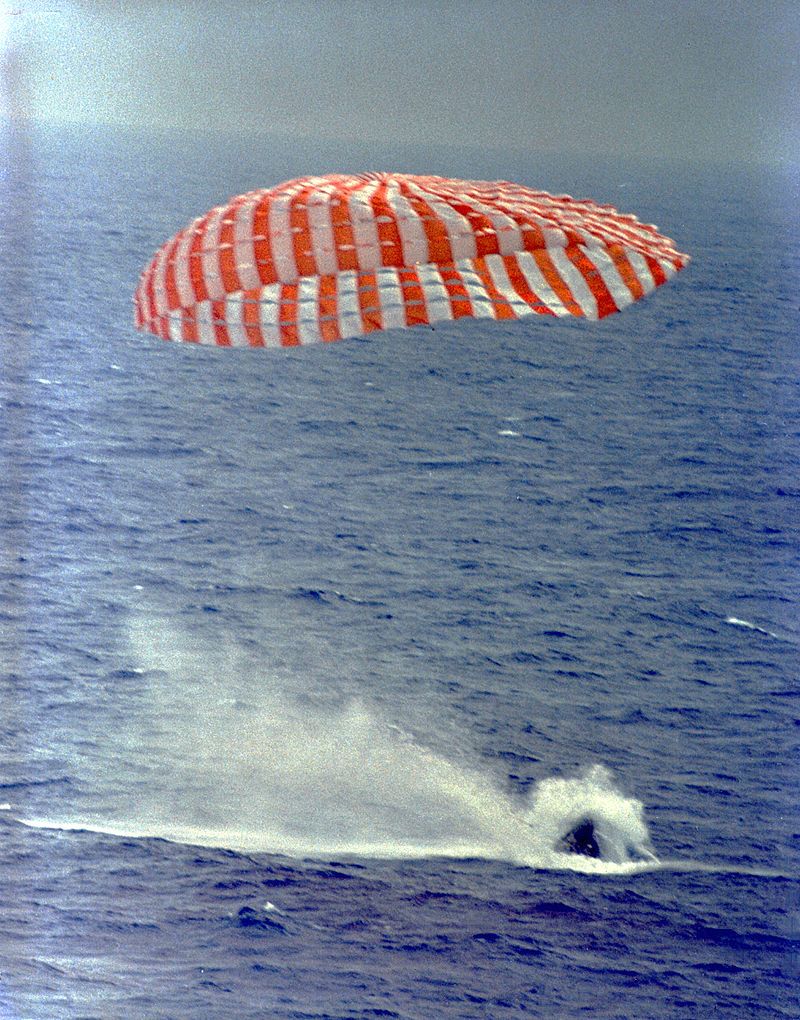 To make matters worse, as he sweat in the suit his visor began to fog. He was able to clear a spot so he could see by rubbing his nose against the visor. After preparing the AMU, Cernan was able to rest while Mission Control decided if he should proceed. Stafford made the final decision and ordered Cernan back inside before getting a chance to fly the AMU. Cernan managed to move back to the cockpit, and Stafford assisted Cernan back into the spacecraft. Cernan's suit cooling system overheated, and his faceplate fogged up completely after trying to remove a mirror mounted to the spacecraft's side, rendering him completely unable to see. Cernan also was in excruciating pain through this process. The astronauts managed to get the hatch closed and the cabin repressurized. Cernan spent just over 2 hours outside the spacecraft.

After the EVA, the crew had to prepare for re-entry. The astronauts fired the retro-rockets that slowed them down so that they would re-enter Earth's atmosphere. The computer worked perfectly, and they splashed down within sight of the USS Wasp, the prime recovery ship, just 700 meters from the planned landing site. Postflight medical examinations showed Stafford had lost five pounds and Cernan up to 13 pounds during the flight. After the Gemini IX mission, NASA set up a Mission Review committee to ensure that the objectives planned for each mission were realistic and that they had a direct benefit for Apollo.