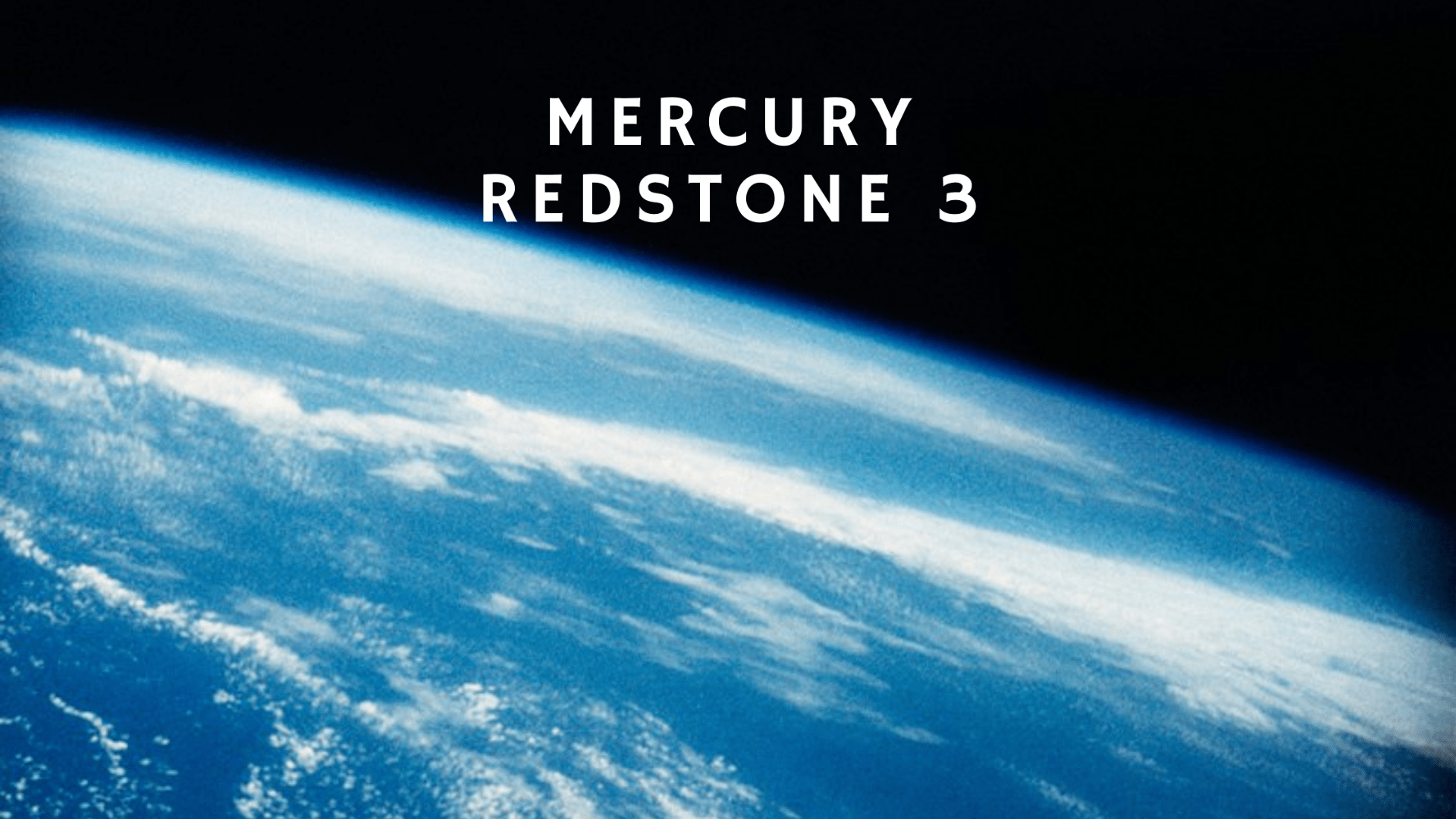 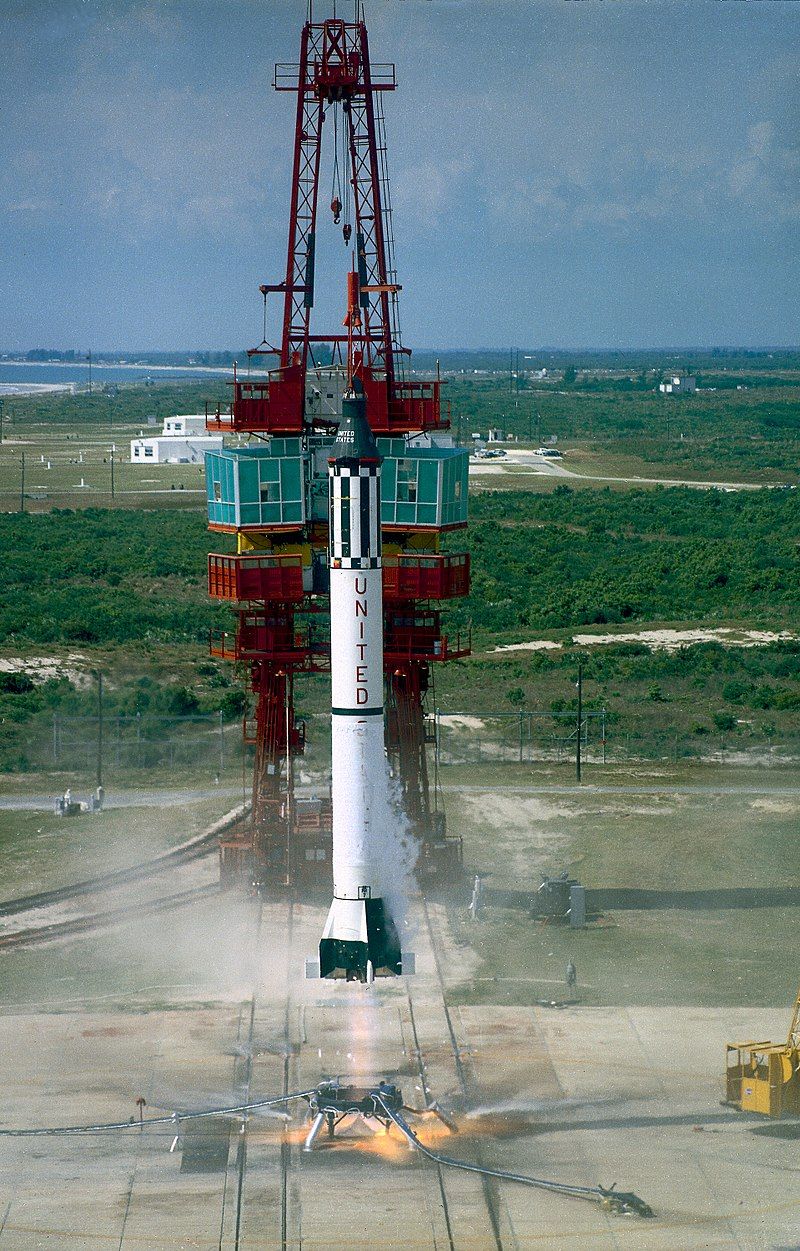 On May 5, 1961, Mercury-Redstone 3 became the first United States human spaceflight. It was the first crewed flight of the Mercury program, piloted by astronaut Alan Shepard. The program had the ultimate goal of putting an astronaut into orbit around Earth and returning them safely. Shepard's primary objective during this flight was to demonstrate his ability to withstand the high g-forces of launch and atmospheric re-entry.

The capsule, Freedom 7, got its name from Shepard, who set a precedent for the remaining six Mercury astronauts regarding the naming of their spacecrafts. To honor the group of NASA's first seven astronauts, the number 7 was included in all the crewed Mercury spacecraft names.

The countdown to launch began at 8:30 the night before the launch, starting with Shepard eating a breakfast of steak and eggs, which would become a tradition for astronauts the morning of a launch, with toast, coffee, and orange juice. Shepard entered the Freedom 7 spacecraft at 5:15 am, more than two hours before the planned launch time of 7:20. Just after 7 am, the launch was put on hold for an hour to ensure cloud cover cleared and fix a power supply unit. Another hold was called to reboot a computer at Goddard Space Flight Center shortly after the count restarted. The count was eventually resumed and continued with no further faults after over two and a half hours of unplanned holds. 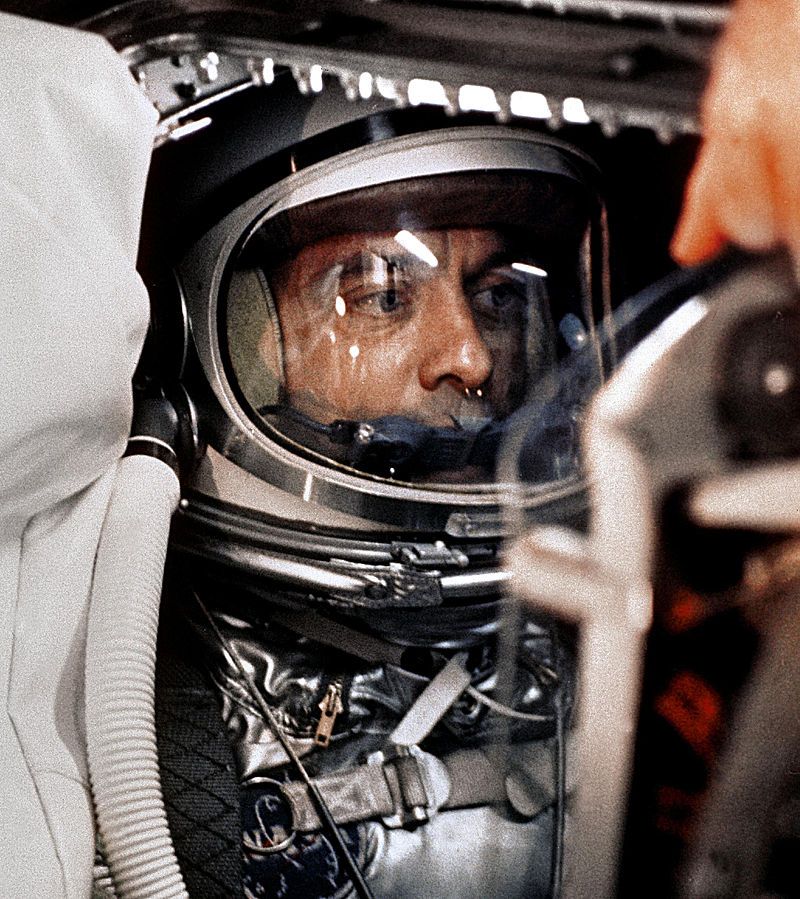 Mercury-Redstone 3 launched at 9:34 am, during a live broadcast watched by nearly 45 million people in the US. Just over two minutes after launch, the engine shut off, and the escape tower was jettisoned. The automated attitude control system rotated the spacecraft a minute later, ensuring the heat shield faced forward, and Freedom 7 was prepared for re-entry. At this point, Shepard was able to take manual control of the spacecraft and began testing whether he could adjust its orientation. The first thing he did was pitch the nose of the spacecraft down 34 degrees. He found that the spacecraft response was nearly the same as that of the Mercury simulator when he took control. However, due to background noise levels, he could not hear the jets firing like he could on the ground.

The secondary objective of the flight was to observe the ground from the spacecraft in orbit. After returning to automatic control, Shepard found that he could easily distinguish significant landmasses from clouds and identify islands, coastlines, and major lakes. However, identifying cities proved difficult. Shepard also found problems working with the spacecraft's periscope and had to abandon all attempts at changing the optical filters on it after he noticed that he kept bumping the lever that would have activated the Launch Escape System with a pressure gauge on his wrist. Although pressing on the lever probably would not do anything, seeing as the escape tower was long gone, Shepard still did not want to risk anything unexpected happening. 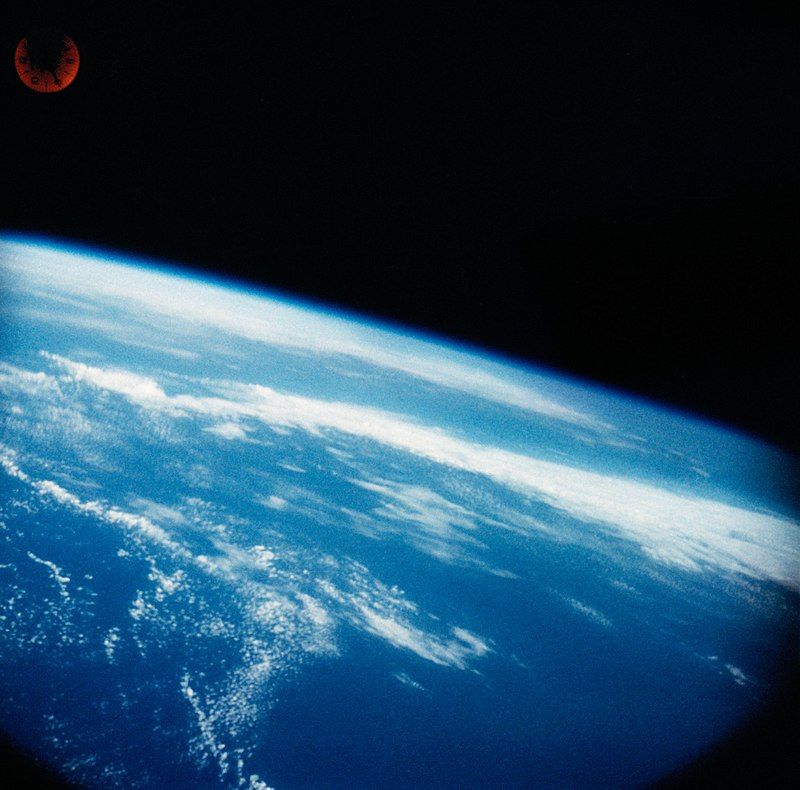 Shepard switched into the "fly-by-wire" mode after the spacecraft developed a slight movement as it passed through peak altitude under automatic control. This meant rather than manually controlling the individual jets, Shepard would use a controller to fire the rockets for the desired positioning. After adjusting yaw and roll, he found the pitch position was around ten degrees too shallow for re-entry, and as he began to correct it, the timed retrorockets fired, sending him into re-entry. The retrorocket pack, which was strapped atop the heatshield, was successfully jettisoned. However, the confirmation light failed to activate, and Shepard was required to activate the jettison system's manual override before it was confirmed that the rockets had been fully released.

After retrofire, Shepard resumed fly-by-wire control before letting the automatic systems briefly take over to reorient the capsule for re-entry. Shepard kept control until the g-forces peaked during re-entry, holding the capsule steady until it had stabilized. At that point, he then gave control of the spacecraft to the automated system. The parachutes deployed as planned despite the descent being faster than anticipated. 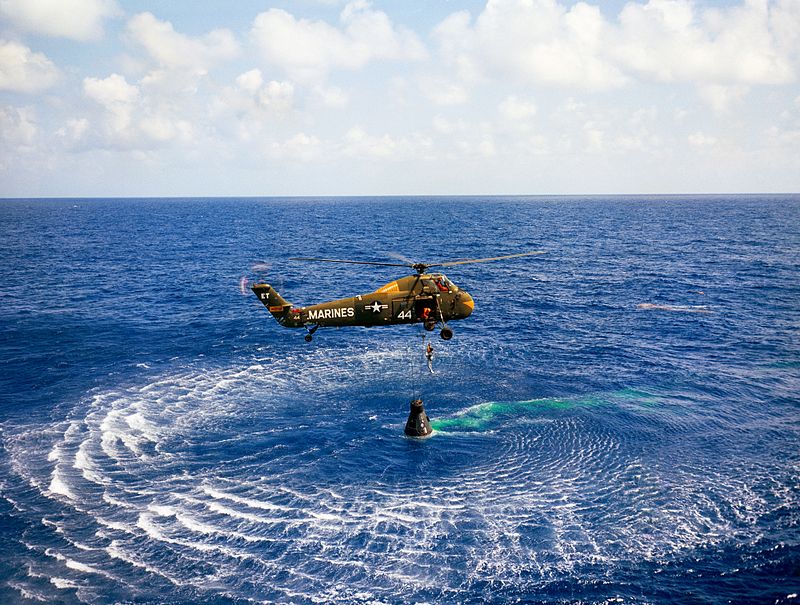 The Freedom 7 flight lasted a total of 15 minutes, 22 seconds. The spacecraft ascended to 187.5 km (116.5 mi) and traveled 486 km (302 mi) from its launch point. Upon splashdown, Freedom 7 tilted from an upright position over on its side nearly 60 degrees and gently righted itself after a minute. Shepard reported that he had landed safely to the circling aircraft and was ready to be recovered. Freedom 7 was lifted partly out of the water by a recovery helicopter after a brief problem with the spacecraft antenna, which allowed Shepard to exit the capsule by the main hatch. He squeezed out the hatch and was pulled into the helicopter, which transported both the spacecraft and astronaut to a waiting aircraft carrier, USS Lake Champlain. The whole recovery process only took eleven minutes, from splashdown to arriving aboard.

Although the mission was a technical success, the American pride in the accomplishment was tempered because the Soviet Union had beaten them in launching the first human in space just three weeks before.

The spacecraft was examined extensively by engineers following the flight. They found the spacecraft to be in such excellent condition they decided it could have been re-used safely. Since 2012, Freedom 7 has been on display at the John F. Kennedy Library in Boston, Massachusetts. The first National Astronaut Day was held on May 5, 2017, to pay tribute to this first United States human spaceflight.